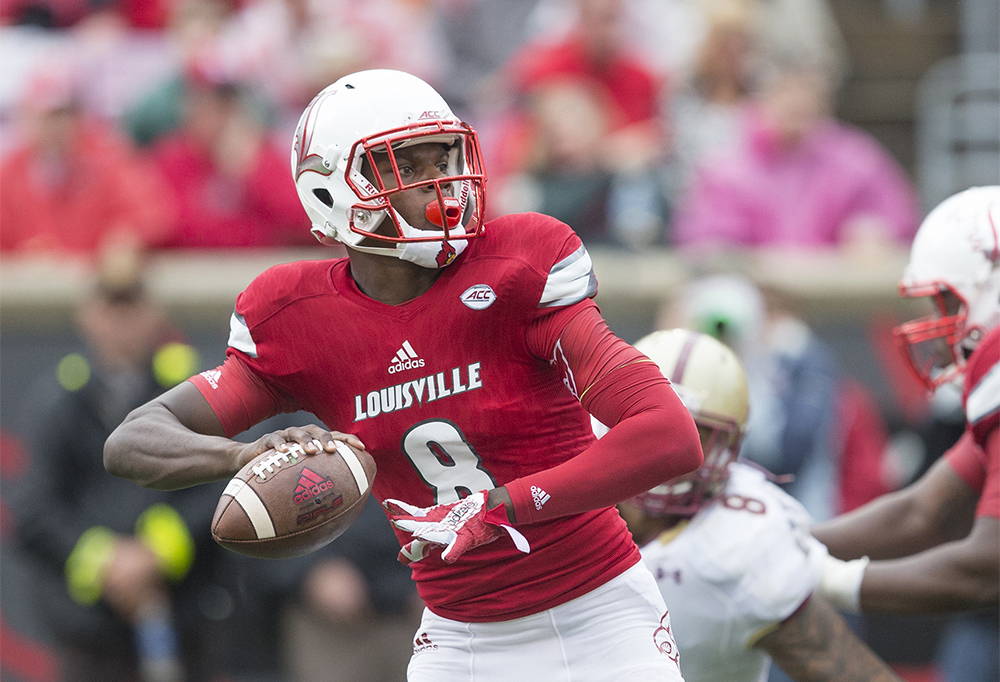 Jackson will be key for Cards – again

Lamar Jackson. The defending Heisman Trophy winner is probably the best place to start when breaking down the Cards’ outlook for 2017. Jackson will undoubtedly have another monster year stat-wise as long as he can stay healthy, and he will attempt to be the first player since Archie Griffin to win back-to-back Heismans. Griffin accomplished the feat as a running back for Ohio State in 1974 and 1975.

For the Cards to reach even greater heights as a team, they need to improve in several areas, most notably with their offensive line.  Jackson was under lots of pressure in the latter half of last season. In the off-season, Coach Bobby Petrino hired Offensive Line Coach Mike Summers from University of Florida for a fifth time over his career. Summers was on Petrino’s staff in his first stint with the Cards (2003-2006) and is widely considered one of the best in the business.

Louisville has several players returning up front, but keep an eye out for freshman Cole Bentley, who enrolled early and went through spring practice with the team. He has a lot of raw talent and the coaches are high on his potential. The wide receiver unit should be a strength for this team. They’ve got it all: speed, quickness, and size. If he has time to throw, Jackson will have plenty of targets.

Louisville has a new defensive coordinator calling the shots in Peter Sirmon, who was at Mississippi State last year. His goal in spring practice was for his players to get used to the defense. Sirmon has tried to simplify terminology and the players have responded well.

On the defensive side, the secondary unit must play better. Cornerback Jaire Alexander was tremendous last year and will be up for preseason awards in 2017. However, as a whole last year, this unit was certainly exposed and its players need to shore up a few spots on the back end of their defense.

Mark your calendar for September 16 when Clemson enters Papa John’s Cardinal Stadium. The Tigers are the defending national champions and the Cards have yet to beat them since entering the Atlantic Coast Conference in 2014.

Nobody in the Louisville locker room liked the way the 2016 season ended and the Cards believe they are poised to keep that from happening again.