These Kentucky men prove there is an art to fishing

When the Dowagiac Wooden Minnow, with its green crackle paint, hand-painted gills and realistic eyes, was introduced by Heddon Co. Manufacturing in 1910, hand-painted lures were in their infancy. Since then, the use and collection of hand-painted lures has grown, leading two Kentuckians to adopt the hobby.

Bill Barton, of Bowling Green, and Mark Salsman, of Sonora, hand-paint fishing lures. Each has his own unique color palettes, distinctive scale patterns, and specialties. Barton began creating his realistic lures in 2008, and Salsman started painting classical lure patterns in 2010.

Barton (BB Lures), who works in an automotive factory in Bowling Green, and Salsman, a surveyor in central Kentucky, have known each other for seven years after 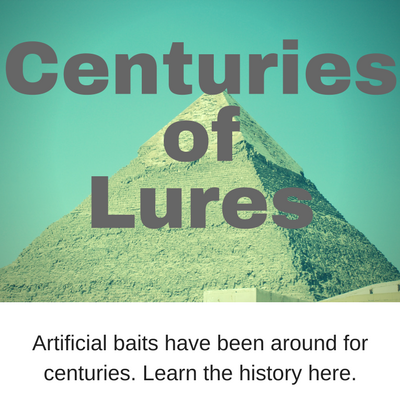 meeting at a trade show. They are fans of each other’s work, and respect it.

“Bill is the best painter in the country,” Salsman says. “His true-life and realistic work is unreal.”

“Mark is really good with antique lures and re-creating the actual, original look of the classic lures,” he says.

Fishermen are also fans—not only of their lures as art but of their results.

“I have had Bill paint over 200 baits for me, and each one is perfect and reflects the dedication he has to his craft,” says Mickie Goss of Mena, Arkansas. “I will say that every time I have used the baits Bill has painted for me, I not only have had positive results, but have confidence they will produce, and they do.”

Rusty Green of Leitchfield says Salsman’s eye and attention to detail “reminds me of the quality of the old baits. That was an era when craftsmen cared about the bait and producing a quality product instead of just producing profits.”

Barton, a member of Warren RECC, and Salsman, a member of Nolin RECC, began hand-painting lures out of necessity after manufacturers discontinued the

colors they wanted on their favorite lures.

Testing the waters and growing

After months of “practice,” they decided to test the waters, though in different ways. Barton tried auctioning his early hand-painted lures on eBay, with the auction price beginning at 99 cents. Salsman took his lures to trade shows.

Barton realized success as his lures fetched as much as $100 on eBay auctions, with most going for $40-$50 each.

“Selling on eBay is when I got my name established all over the country,” Barton says. “Ninety-five percent of my business is out of state. In fact, I even have a fan club in Finland that sends me lures every year.” Barton also uses his website, www.BB-Lures.com, to market his lures.

At the first trade show, Salsman sold between $500 and $600 worth of his hand-painted lures.

“After that, I had cards made,” he says. “I still sell most of mine at trade shows and by word of mouth.”

It is not unusual for them to get large orders. Barton received 139 lures from a Nevada fisherman in November, and then another order for 168 from him in December. Salsman remembers an order from a Florida fisherman for 46 lures, all the same color, and another order for 60 from a Texas fisherman, who hand-makes his baits.

The art of the lure

They use basically the same process to create hand-painted lures.

In preparation for painting the lures, the original paint is removed by sanding the wood lures and stripping the paint from the plastic lures.

“After removing the paint, I airbrush a white base coat and then begin painting, layering, and blending the colors to achieve the look that the fisherman wants,” Salsman says. “Lures can take six, seven, eight, or more colors. I have eight airbrush guns so that I don’t have to change colors in the guns so often.”

They each mix their own colors and rarely, if ever, use paints straight from the bottle.

Barton uses an oil-based urethane paint, while Salsman prefers water-based. Both use some stenciling to replicate specific scale patterns or shelling.

“Because I use oil-based paints, I have an outbuilding with a commercial exhaust system,” Barton says, while Salsman’s water-based paint allows him to paint in a room in his basement.

Painting takes about 30-40 minutes per lure.

They agree that fishermen are picky about their colors, and even have tournament fishermen clients who have exclusive colors used only on their specific lures.

After the paints dry, they apply a clear-coat, sometimes mixed with glitter, to seal and waterproof the lure.

Barton is known for his unique scale pattern, a secret he will not reveal. In fact, the origin of his pattern has been the topic of discussion on an industry website, Tackleunderground.com—a discussion he did not participate in.

Salsman is best known for his crawfish pattern, and he won’t reveal his secret, either. They say they don’t share tips on their coloring or patterns mainly because of increasing competition.

“When I started in 2008, there were probably about 10-15 guys, mainly on the West Coast, who were painting lures. Now, there are a lot of people doing it everywhere,” Barton says.

“Some of the professional tournament fishermen have their own painters,” Salsman says. “Hand-painting lures has become a big business for some, but it is just a hobby for me. It is a full-time hobby, especially in the winter. I usually paint between 300-400 in the winter. I slow down a little bit when the weather warms up. I like to fish, too.”

Barton spends two to three hours a weeknight and most weekends painting.

Their painted lures vary in price, with discounts for multiple lures using the same colors and patterns.

“Time after time, (Bill) has come through and produced some of the most detailed and realistic species of baits on the market today. I feel he has a natural ability to match existing paint patterns that are no longer made and almost impossible to find anywhere,” says Ray Crunk of Henderson, Nevada.

“Too good to fish”

Their work is sometimes too realistic and is regarded by fishermen and collectors alike as too good to fish with.

“I’ve never seen a paint job on a bait look so realistic! In all honesty, it’s so pretty it kind of makes you hesitant to throw it for fear of getting hung up and breaking off and losing it,” says LeBron Hill of Sharpsburg, Georgia.

“You’d be surprised how many times I have heard that,” Barton says with a grin. “They are made for fishing.”

“I have to say that I have caught many good bass on (Mark’s lures) given the right conditions, but these baits turned out so realistic that I do have a few that never will see the water; they will be part of my lure collection for a very long time,” Bryan Watts, of Lithia, Florida, says.

“I’ve saved a couple of (Salsman’s) baits as artwork; they look too good to fish,” says Dwight Walker of Frankfort.

“It’s nice to have some people collect them,” Salsman says. “But I just fish with them.”