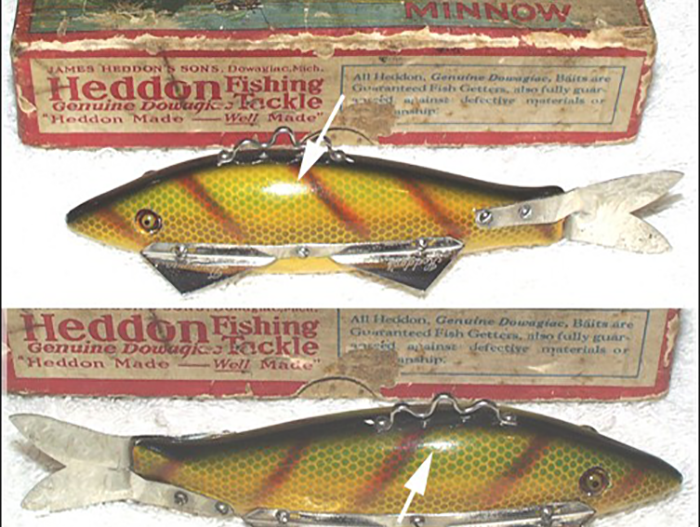 The use of fishing lures has been traced as far back as 2000 B.C.

Records show the Egyptians and Chinese used lures as basic as feathers and bone to attract fish to their stone and bronze hooks attached to silk fishing line. The ancient Romans used handmade horsehair fishing line to hook their next meal. Native Americans used a combination of fishhooks, nets, spears, traps, lures, and bait in their harvest.

Sport fishing encouraged the advancement of artificial baits across Europe as early as the 14th century. Artificial flies were probably invented in England.

The British are credited with bringing artificial lures to the United States in the 18th century, though Native Americans on the West Coast “caught fish with an artificial fly probably long before such were known and used in England,” according to the book Recreation by George O. Shields. However, the commercial manufacture of artificial lures did not develop in America until the 19th century.

Possibly as early as the 1820s, Julio T. Buel began sharing his spoon lures with friends after watching a fish hit a wayward spoon after it had fallen off his boat. He received the first U.S. patent on spinner bait in 1852.

Harry Comstock received the patent for “artificial bait” in 1883 with his lure, The Flying Hellgrammite.

Michigan beekeeper James Heddon is documented as the originator of the artificial lure known as the plug. Though disputed, lore has Heddon “discovering” the plug as a wooden topwater bait after he whittled a sliver of wood into a mill pond near his home, and watched a bass strike it. He received a patent for “fish-bait” in 1902 for his Dowagiac Casting Bait.

It was not until the 1980s that Allan Cole invented the AC Plug, a wooden, jointed lure with a rubber tail that resembled a swimming fish as it moved through the water. It was the beginning of swimbait, though he didn’t go public with it until the early 1990s.