No guarantees in fishing, but professional guides can come close

Whether you’re an experienced angler or you’ve never cast a reel, spending a day on a Kentucky waterway with one of the state’s many professional fishing guides is a surefire way to make lasting memories—and maybe even land a prize fish or two.

Covering more than 160,000 surface acres and 2,300 miles of shoreline, Kentucky Lake is one of the largest man-made lakes in the nation and a hot spot for anglers hoping to catch some of its wide variety of fish. Consider that the current state-record spotted gar, white bass, bighead carp, buffalo carp, yellow perch, and golden shiner were all caught at Kentucky Lake.

Several professional guides offer their services at Kentucky Lake, including Captain Kirk’s Guide Service, based in Benton. Owner Kirk Weber, a West Kentucky RECC member, has been fishing Kentucky Lake since he was a small child, and has worked as a full-time guide there since 1994, so he knows a thing or two about finding where the fish are biting. He’s able to accommodate small or large groups, novice or pro, and offers a choice of four-, five-, or eight-hour trips. (See the best spots for largemouth bass fishing and more here)

Given the lake’s richness of species, Weber says it’s not uncommon in mid-summer to catch white and yellow bass, bluegill, crappie, catfish, and smallmouth and largemouth bass all in the same day. “A good way to do it is just to call us and say, ‘I want to catch some fish,’ and we’ll give them good action,” he says. Don’t feel intimidated if you’re a newbie—that’s Weber’s specialty: “I do more of the mom and pop and less of the tournament-style fishing than some of the other guides. I’m more about just taking clients out and having a fun day fishing,” he says.

If your bucket list includes catching the notoriously elusive muskellunge, or muskie—known to some as “the fish of 10,000 casts”—plan a trip to Cave Run Lake, near Morehead, which has earned a reputation as one of the top muskie fishing lakes in the South. The professional guides at Cave Run Muskie Guide Service, based in Wellington, routinely help guests land whopper-sized fish. The current state record muskie—a 47-pounder—was caught by then-14-year-old Sarah Terry of Mt. Sterling during a 2008 fishing trip with her stepfather Scott Salchli, one of Cave Run Muskie Guide Service’s 12 professional guides.

Clark Energy member Tony Grant, who owns and operates Cave Run Muskie Guide Service along with The Muskie Lodge, where fishers can stay overnight, says muskies can be caught year-round at Cave Run, an official stop on the annual professional muskie tournament trail (a tournament that Grant and his fishing partner Gregg Thomas won in April this year).

“It takes patience to get one. There aren’t a whole lot of muskies out there, and they’re not in a whole lot of lakes,” Grant notes. Rest assured, though, Grant’s team can help you land a fish even if you’re not a pro: “We specialize in getting guys their first fish,” he says. (What’s the state record for each species? Find out here)

Even after years of muskie fishing, Grant says pulling one out of the water is always a thrill. “I love seeing them. They’re always marked differently. We are all about catch and release. We take care of them like they were your little puppy dogs,” he says.

If it’s striped bass—aka stripers—you’re after, head to south-central Kentucky’s Lake Cumberland, which has earned high praise as one of the nation’s best spots for striper fishing. Several professional guides specialize in striper fishing at the lake, including Striper Time Guide Services, operated by Mark Wasiloski of Monticello.

Wasiloski regularly helps guests net 26- to 42-inch stripers. The fish can be caught all year, he explains, though “in the spring the fish are fatter until they spawn out. After that, they’ll still be very aggressive, but in the summer they’ll drop down into deeper water—because it’s too warm on top for them—so we have to fish deeper for them.”

Wasiloski’s guided service includes six hours on the lake, or until everyone makes the two-striper per-person limit, along with cleaning and bagging the catch. So clients head home with dinner ready to cook and enjoy.

For an entirely different experience, leave the boat at the dock and put on your waders. Kentucky is home to several great fly-fishing streams, including Hatchery Creek in Jamestown, which opened last year. Professional guide Brad Redmon of Redmon Fly Fishing can lead newbies and experienced fly-fishers alike along the man-made creek, which is formed by water runoff from the nearby Wolf Creek National Fish Hatchery. However, they must have a Kentucky Department of Fish and Wildlife Resources-issued trout fishing permit in addition to a fishing license.

Note that fishing in Lower Hatchery Creek is catch-and-release only and is limited to artificial lures, while anglers in the Upper Hatchery Creek can keep up to five trout each. Redmon’s clients typically catch rainbow trout, brook trout, and brown trout, ranging anywhere from 3 inches to 20-plus inches in the park-like paradise for trout fishers.

Hatchery Creek “is a beautiful stream that’s truly one of a kind,” says Redmon, who served as the field superintendent during the creek’s installation. “The trout there see a lot of flies, so they can be a little picky, but fishing is all about patience, and Hatchery Creek is really a great place to learn how to fly-fish,” he says. 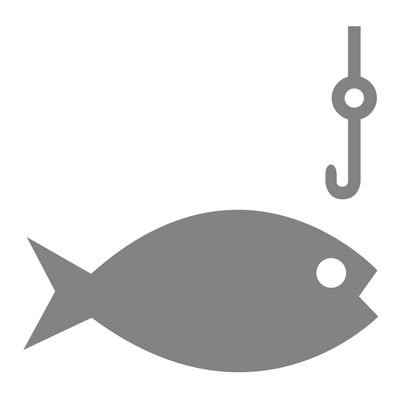