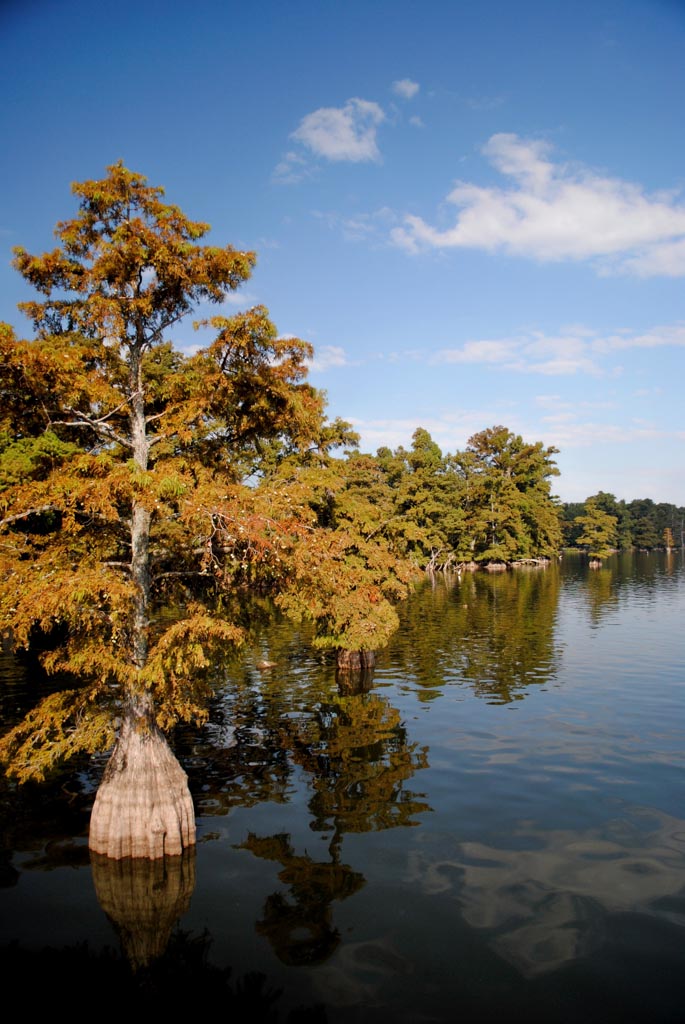 While visiting Ballard Wildlife Management Area in western Kentucky, I watched in awe as a bald eagle landed on its nest in a cypress tree, revealing its 7-foot wingspan. Its white head and tail gleamed against a deep blue sky. As daytime faded into twilight, a transition from sight to sound took place. Countless creatures, small and large, began their nightly cries, sometimes singing in chorus.

How could you look upon such a place negatively? In the old days, “swamps” were often frowned upon. From the 1750s until the 1980s, much of the nation’s and Kentucky’s wetlands were drained to make way for agriculture and development. In our state, approximately 324,000 acres of wetlands remain, down from a high of 1.5 million acres, according to the Kentucky Waterways Alliance. Little did the naysayers who lived in my grandfather’s time know just how important wetlands are. These places are teeming with life.

Waterfowl such as swans, geese and ducks depend on these unique and complex ecosystems to survive. “Wetlands are incredibly diverse, providing habitat for everything from wading birds to frogs and fish,” says John Brunjes, migratory bird program coordinator for the Kentucky Department of Fish and Wildlife Resources.

Wetlands also act as natural water filtration systems. Harmful substances such as pesticides, farm waste and toxic chemicals enter a wetland and become trapped. The water-loving plants of wetlands take these substances into their roots and discharge them in less harmful forms. Microorganisms in the wetland soil also break down the pollutants, thus saving the groundwater from damaging agents. Brunjes adds, “If you have a wetland, it also buffers the negative effects of flash floods.”

A multitude of federal, state and nonprofit organizations are involved in wetlands preservation. But the bottom line is this: These days you can’t just “drain the swamp” and be done with it. In 1989, President George H.W. Bush established the “no net loss of wetlands” policy. Farmers, companies and developers who plan to dredge or fill in a wetland must protect, create or restore a wetland somewhere else.