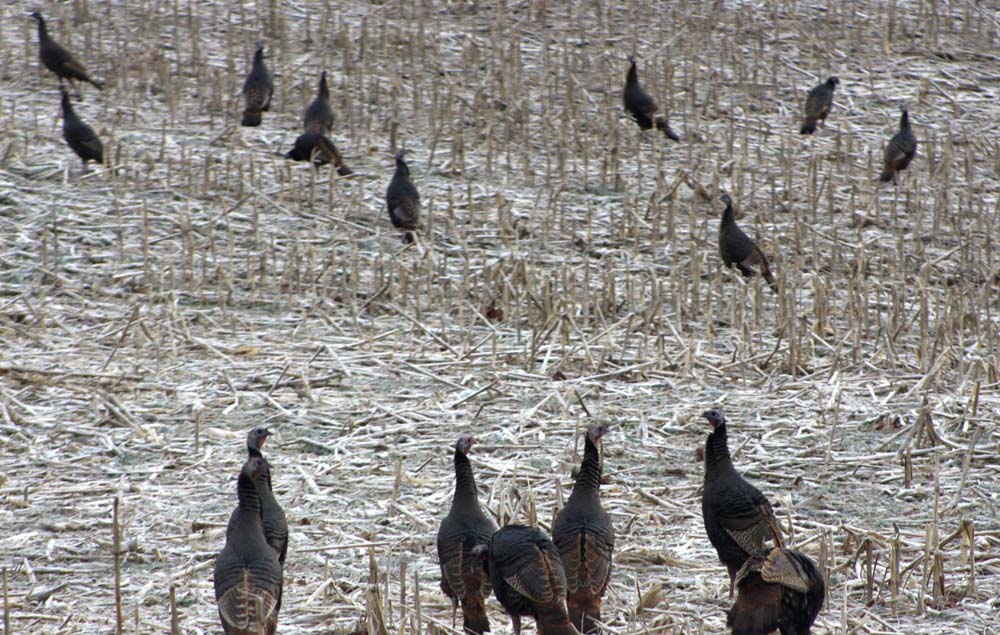 Brush up on your calls before the season begins

Another wild turkey season is upon us, and turkey calling is an integral part of the hunt. Hunters need to develop their calling skills because turkeys have a complex vocabulary that takes a lot of practice to master.

The yelp is one of the most important calls a hunter can learn because both gobblers and hens use it. It’s a sequence of notes that sounds like “yawp, yawp, yawp.” In turkey language it means, “I’m over here.”

The male turkey’s gobble is a loud, fast gurgling sound. He’s letting hens know he’s in the area—and that is music to the ears of hunters.

The “fly-down cackle” is a series of loud notes that increase in pitch as they near the end. This indicates the turkey is flying out of its roost, usually at daybreak. I’d be remiss if I didn’t at least mention that there’s also a “fly-up cackle.”

The “cluck” is series of detached notes a hen makes to subtly let a gobbler know she’s in the area.

The “purr” is a soft, rolling sound indicating contentment while the flock is feeding.

The “kee kee run” is well, a kee kee followed by a yelp. I know it’s hard to describe these sounds in print; you can find plenty of instructional videos online with actual sound.

If you want to learn advanced turkey and become fluent, it’s almost like learning a foreign language. You’ve got the “excited yelp,” the “assembly call” and the “putt,” among many vocalizations.

So, how do you imitate these calls? The easiest device to use is the push-button box call, popular among beginning turkey hunters. It produces realistic turkey sounds using friction by pushing a spring-held wooden dowel through a small hole in a wooden or plastic box.

A basic box call creates friction when a lid, loose on one end, slides across the surface of a box.

The pot and striker call creates turkey language when the striker is rubbed on the surface of a round disk made of slate, glass or ceramic materials.

Finally, the diaphragm call, also known as the mouth call, is small enough to be inserted into your mouth. These calls have latex or rubber reeds that vibrate when air passes over them, freeing up the hunter’s hands.

If you’re an expert caller, and you believe you know turkey language through and through—think again. You probably don’t, and it never hurts to practice.