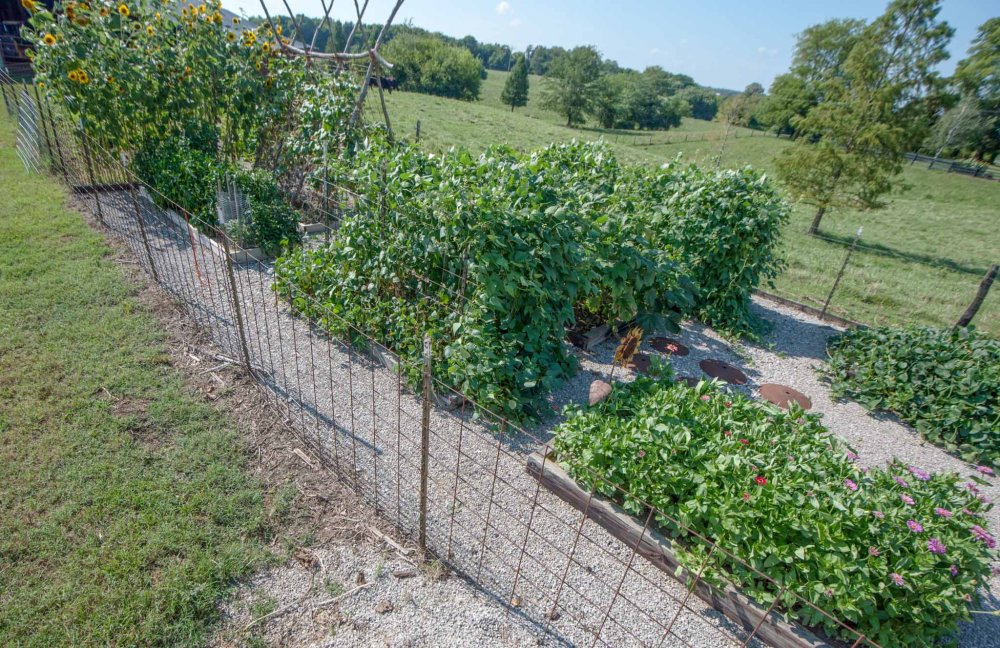 Raised beds at Keach Farm in Henderson. The farm sits on 2,000 acres and has been farmed for a century or more. Photo: Jolea Brown

Gardening styles are as individual as the people who do the planting and maintaining. Some grow perennials, while others stick to succulents, herbs or fruits and vegetables.

How do you want your garden to grow? To help motivate and inspire you, Kentucky Living talked to three gardeners who are pursuing decidedly different styles and types of gardening.

Gardening with friends and family

About seven years ago, Jennifer Keach and six friends attended a garden show and were so exhilarated by what they saw that some went home and launched their own gardens, sharing fun, new seed styles and the harvest with one another.

Each January they gather, poring over seed catalogs and deciding what off- the-wall fruits and vegetables they’ll plant that season.

“We like maybe a burgundy okra or radishes that are purple,” Keach says. “There’s no end to the unique vegetables you can grow—it’s crazy. They’re beautiful!”

Keach is director of communications and community relations for Big Rivers Electric Corporation and a Kenergy Corp. consumer-member. She and her husband, Scott, live on a farm in Henderson in an area his family has farmed for a century or more. Both have taken some Master Gardener classes.

Jennifer often uses raised beds. “We chose to build our raised beds mainly because it’s much easier to control weeds,” she says. “It also allows us to amend the soil mixture with sand, peat moss, etc. for optimum growth. The area between the beds is also easier to maintain.”

Scott tends their 30-year-old apple, plum, cherry and peach orchard and other aspects of the 2,000-acre farm, which also produces corn, trees and soybeans.

Jennifer’s gardening group members help one another as needed with weeding and other chores. At harvest time they assemble to can, freeze and share fruit and vegetables and make an assortment of pickles, green tomato relish, hot sauce and jellies. Some of the bounty is donated to local food banks.

“We just try to put everything to use,” she says. “We avoid being wasteful.”

Scott says they’ve also begun making a boozy beverage called cherry bounce, for which sour cherries are crushed, mixed with bourbon and sugar then fermented for six weeks before the cherries are removed.

The garden takes a lot of labor—some nights after work Jennifer gardens until nightfall and her weekends are often spent weeding, watering, picking and processing.

But she says there’s nothing like running outside to pick fresh salad greens or taking a homemade-then-frozen fruit pie out of the freezer to bake and enjoy, or give to a friend.

“It is very time consuming, but the payoff is great,” she says.