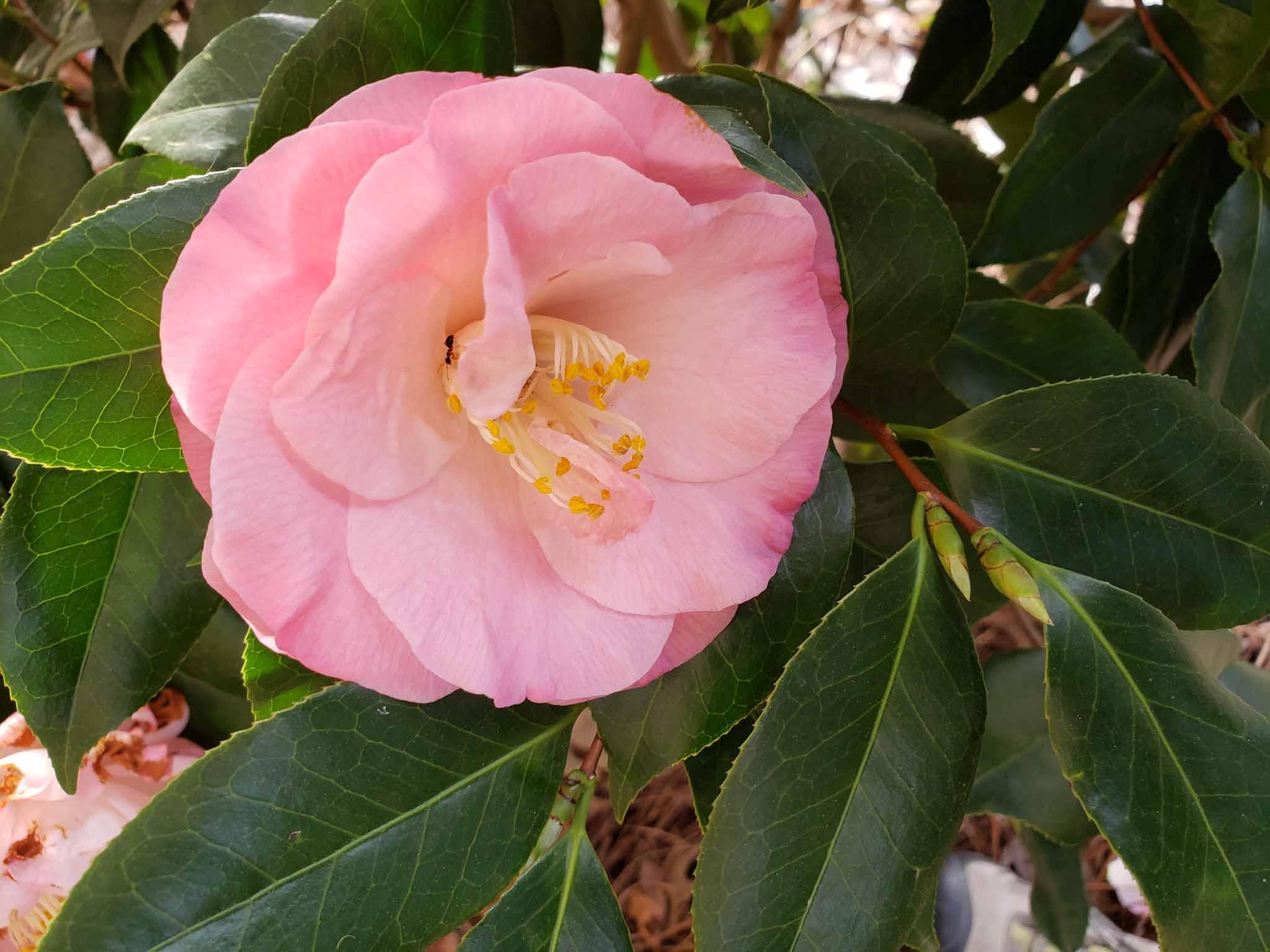 I AM ALWAYS CURIOUS about the cold hardiness of plants. One of my longtime fascinations has been with camellias. Camellias are cherished in the South, and while there have been varieties that are said to be cold hardy in Kentucky, I have had difficulty growing them until now.

Several years ago, I planted a hardy Camellia japonica ‘April Remembered.’ I followed all the guidelines for planting a marginally hardy plant in our area. I planted it in the late spring instead of the fall, giving it maximum time to establish before winter. I chose a protected location on the northern corner of my house. For camellias, part shade and slightly acidic and moist but well drained soils are also important. Fortunately I had all that. I crossed my fingers and hoped for the best.

I have been so pleased that this camellia is growing and thriving in my garden. Its evergreen foliage is shiny and so pleasing in the winter. In early March, the flower buds start to swell and begin to open up. Mine typically blooms from mid-March to late April.

‘April Remembered’ has large, creamy, semidouble pink flowers. I believe it gets fewer flowers when growing this far north than it would if it were in the South, so for me, the larger flowers are a consolation prize of sorts.

This spring, indulge your curiosity and plant something you have never grown or been successful with before. Like me, you could be pleasantly surprised and glad you did.