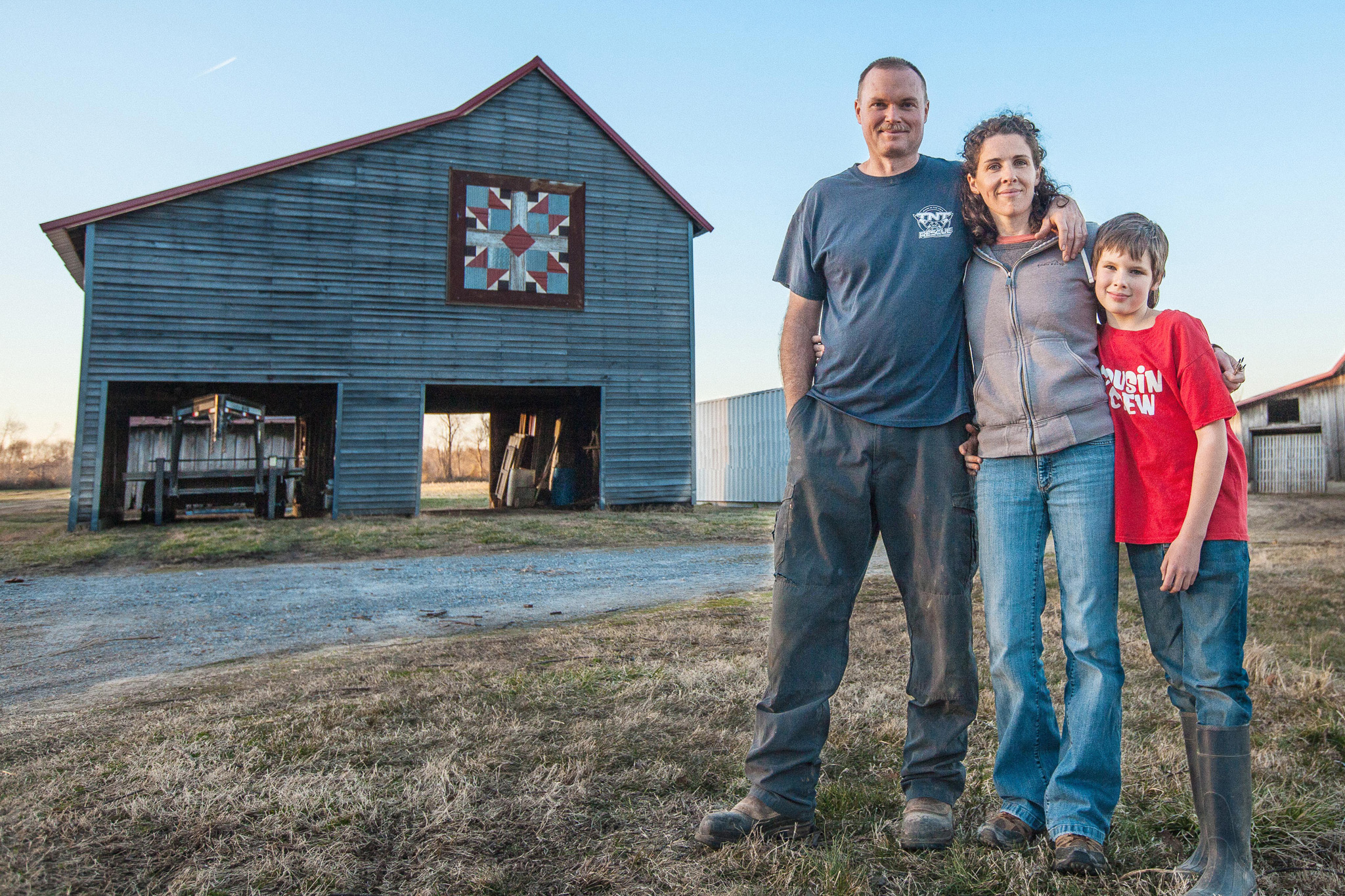 Josh and Justine Riley with son, James, in front of their rebuilt barn embellished with the tin “quilt” the couple created. Photo: A&SG Film and Sound Makers

In 1956, 2016 and 2021, tornadoes ripped through the Riley farm on McKendree Church Road in Graves County. The view out of Josh and Justine Riley’s living room windows changed dramatically, particularly after the December 2021 tornado uprooted 200-year-old trees and flung parts of the barn and sheds across the farm.

The couple—both artists in various mediums and consumer-members of West Kentucky RECC—decided to create beauty out of disaster. They gathered scraps of tin on their farm and their neighbors’ farms from two tornadoes with an idea in mind: a barn quilt made not from paint, but fashioned from the “tornado tin.”

“It was a creative thing we could do together,” recalls Josh, “and a way to preserve pieces from the destruction.” They collected tornado tin from farm fields and large piles of debris pushed to the curb that used to be neighbors’ homes. The red pieces they used came from the 2016 tornado debris, which is still scattered in the landscape.

Justine chose a pattern from a wooden tray her mother gave her. “It was made by an artisan using different wood grain inlaid to create a quilt pattern,” she says. “I thought if the pattern could work for subtle wood grain it might be perfect for the color palette of old rusty tornado tin. I wanted the center to be a star and saw the potential of a starburst design.”

The red of their barn’s new roof also provided inspiration.

Justine scaled up the 11-inch tray to 8 feet, making a colored pencil pattern to follow. Josh made an 8×8-foot backing for the barn quilt, welded together with 1/8-inch aluminum pieces. They started “quilting” on February 12 this year, with the quilt coming together in 39 pieces.

The multicolored tin quilt now hangs on the restored tobacco barn and is the first thing the couple and their son, James, see when they look out their windows. The barn with a new red roof and an even newer piece of art holds memories of good times and hard ones—much like life itself.