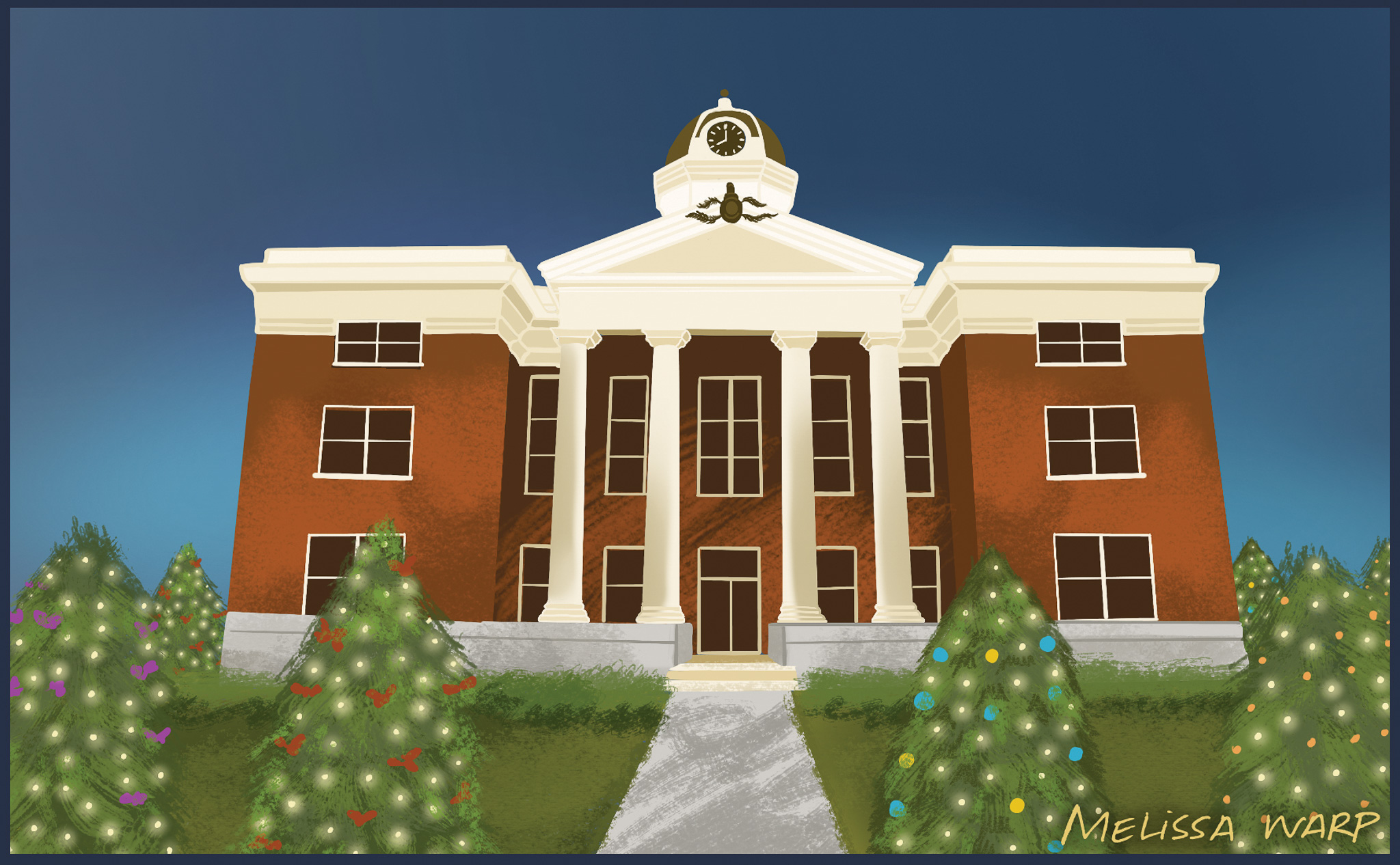 CHRISTMAS PRESENT SHARES ITS GLOW with Christmases past each year in the Bracken County seat of Brooksville, where many families gather on the courthouse lawn to decorate Christmas trees in memory of loved ones.

Since the Bracken County Historical Society began placing memorial Christmas trees around the courthouse in 2014, society President Jan Fatka says what began with about 15 trees has grown to 100 in Brooksville (population 654). Forty more trees are placed in nearby Augusta, the original county seat, which was moved to the more central location of Brooksville in 1839.

Trees are sold for $100 each, and though prices have increased over the years, there is a waiting list at both locations. The number of trees had to be limited due to a lack of space and lighting availability.

With help from the Bracken County High School FFA and other volunteers, the historical society places the trees, strings them with lights and posts signs indicating who sponsored each tree and in whose memory. Individuals are then invited to hang ornaments on the trees they have sponsored.

One set of her grandparents had 11 children, so the family made picture ornaments for that tree. Her brother served in the military, and Heather decorates his tree with mostly red, white and blue ornaments.

“When you walk through, you can just kind of see the personality of a family in how they have represented those loved ones,” Heather says.

Mary Ann Kearns, editor of the Maysville Ledger Independent, sponsors a tree in memory of the son she lost in 2009. One Christmas his tree was trimmed with his childhood favorite figures from Star Wars; another was decorated with an Indiana Jones theme.

“It’s a happy tree, and a happy remembrance of him.”

Judy Cooper, a longtime consumer-member of Blue Grass Energy and a historical society volunteer, sponsors a tree each year in memory of her late son, her husband, other family members and friends. “People who’ve moved away and don’t have family here anymore still do trees,” she says. “It’s just a nice way to remember someone.”

The Bracken County Historical Society often dedicates trees to members it has lost during the year, and last year to noted Kentucky writer Ed McClanahan, a native of Brooksville, who had just passed away.

Trees are bought from a local home improvement store, and lights are always turned on by the first Saturday in December and left on round-the-clock until after New Year’s.

Out-of-towners often visit Brooksville to see the trees during December, and sometimes a dusting of snow adds a Christmas card effect to the nighttime scene of lights and memories among the evergreens.