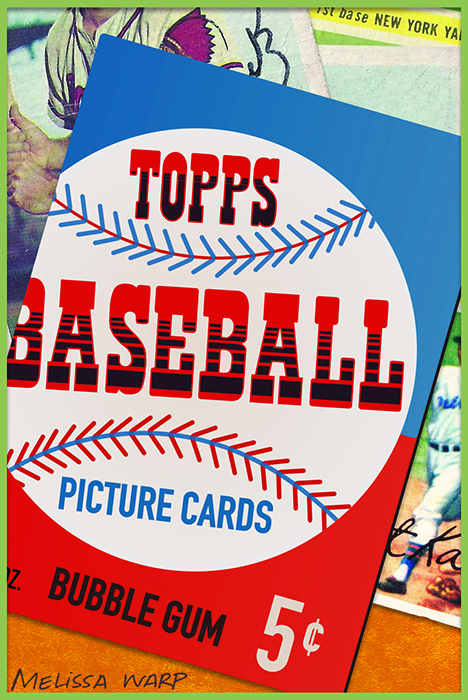 Even now, Carl Howell of Hodgenville remembers how sweet it was to open a fresh pack of baseball cards in the late 1950s and lift a new lineup of major leaguers from beneath a pink slab of sugar-dusted bubble gum.

“He was everything that I admired in a player; I wore his number, 9, and always wanted to be like Joe Adcock.”

Although often overshadowed by teammates Hank Aaron and Eddie Matthews, Adcock was a star in his own right. He’d hammered four home runs and a double in one game against the Brooklyn Dodgers at Ebbets Field in 1954 and played on the 1957 World Series Champion Braves team that beat the Yankees.

When he was 15, in 1957, Carl’s most memorable present on Christmas morning was a baseball signed by Adcock. His father had sent a letter, along with a baseball and a $5 bill, asking Adcock if he’d be so kind as to personalize the ball for “one of his biggest fans.” Adcock signed the ball and sent back a warmly-worded, hand-written note thanking Carl’s father, and explaining that he’d given the $5 to the March of Dimes.

Many baseball cards listed the player’s hometown on the back, and Carl and his best friend, Terry Sandidge, wrote to scores of players in the off-season, asking for autographs. They never sent a penny, but most players answered with a signed postcard that resembled a larger version of their baseball card, sometimes with a message on the back.

Carl’s request to all-star Wally Moon, then of the St. Louis Cardinals, was answered with a photo of the player and a letter from Wally’s father, saying that Wally was away at spring training and would be pleased that Carl was a fan.

“I am proud of him as a ballplayer, but more proud that he is a good Christian boy,” the letter said. “Best of luck to you and keep pulling for the Cardinals. Sincerely, H. A. Moon.”

The letter has taken its place among hundreds of other cherished mementoes from 1950s-era baseball stars Ted Williams, Willie Mays, Stan Musial, Hank Aaron, and a long list of others.

Carl, a longtime member of Nolin RECC, went on to play baseball for Campbellsville College, earn a law degree from the University of Kentucky, graduate from the FBI Academy, and serve as an FBI special agent in New York before finally moving home to Hodgenville to practice law.

By that time most of his friends’ baseball cards had been lost or thrown away, while Carl’s survived at his LaRue County home place and are now his treasured keepsakes from one of baseball’s greatest generations.

Of course, the bubble would eventually burst. They don’t put bubble gum inside baseball cards anymore.  And they sure don’t make many players who answer kids’ letters.