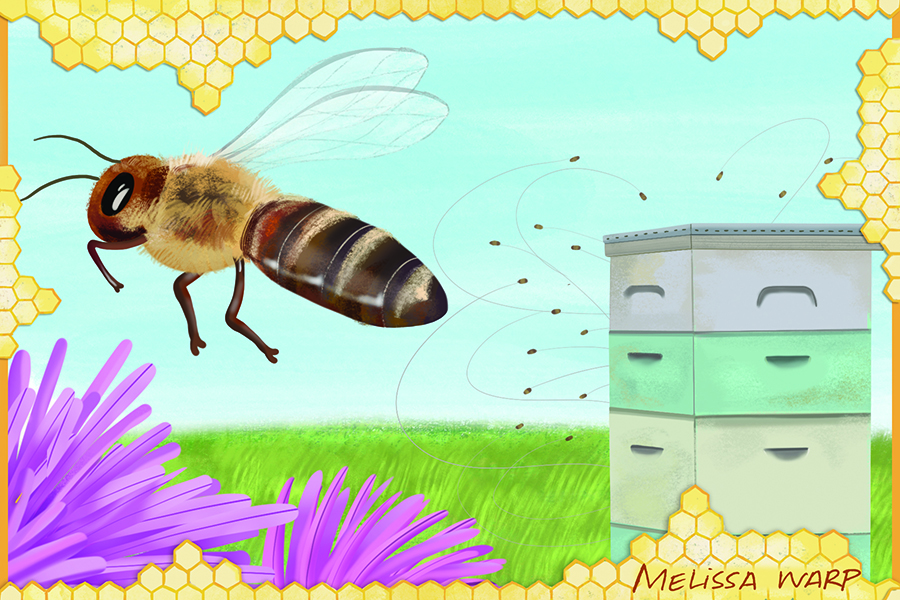 As a youngster back in Martin County, growing up near the waters of Emily, Beauty and Lovely creeks, Lloyd Sartin often went with his father into the woods in search of “bee trees” from which they gathered honey and relocated swarms of wild honeybees from the woodlands to their own hives.

Now, many years later, Sartin, a consumer-member of Fleming-Mason Energy Cooperative and an alternative middle school teacher at Rowan County’s Bluegrass Discovery Academy in Morehead, is sharing with students the beekeeping skills from his past through a course in which they’re learning the essentials of beekeeping.

He sees the art and science of beekeeping as both a valuable green project and a cultural connection for the students, some of whose ancestors kept honeybees. Approximately 50 students have been involved in the course since it began in 2017. Some of them helped choose its name—the “BeeGood Project.”

While Schools Superintendent John Maxey and Principal Jay Padula both liked the idea of a beekeeping class and considered it a win-win for students and the environment, Sartin says there were obvious early concerns relating to safety for students and the placement of beehives a safe distance from school. Students take turns wearing protective suits to check the hives, which are located near a wetland where fruit trees have been planted about 2 miles from the school.

“They really enjoy it,” says Sartin. “I’m sure it’s got something to do with the fact they’re getting outside the classroom. But at the same time, they are learning.”

Currently, the class has four hives, including one that is left empty in case someone calls with a wild swarm of bees that can be given a new home in the BeeGood Project apiary. One such swarm has already been relocated.

Support for the project has become truly a community affair. School bus driver Larry Hood, a longtime beekeeper and consumer-member of Clark Energy Cooperative, has joined Sartin as a mentor for students, helping them build beehives and learn the importance of maintaining the health of honeybees.

Class member Hagan Hayes, 14, remembers that before his dad died, his family had a couple of hives of bees. He thinks his dad would like knowing he’s studying beekeeping and hopes to have some hives of his own one day.

Makayla Robinson, 15, and Brooklyn Eldridge, 14, have been surprised at what they’ve learned about beekeeping and honey production.

“When I get older, I’m going to have bees myself,” Makayla says. “I think more people should actually look into it.”