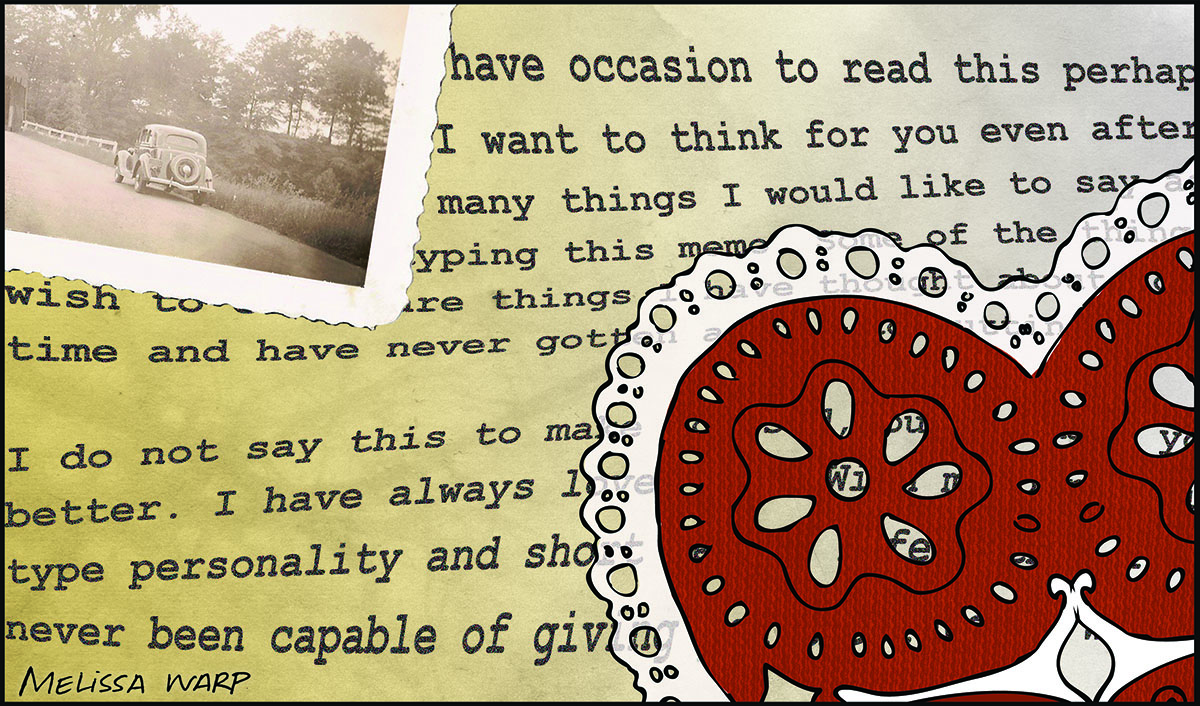 Valentine’s Day rarely passes that I don’t think of my old friend Sam Denny’s last valentine to his wife, Pat.

It wasn’t really a formal valentine, but it was a message straight from his heart.

Waller Sam Denny grew up in Lancaster and met Pat Weinedel of Louisville when they were students at Centre College in Danville during the late 1940s.

She was a freshman and he was a sophomore four years older who had already served a tour in the Navy. They married in 1949.

He had green eyes, blond curly hair, and was very athletic; not tall, maybe 5′ 8″, Pat said. “He was a barrel of fun, and there wasn’t a dishonest bone in his body.” They had two sons, Jim and Sam, with whose permission I share this story.

After their father died in 1997 following a long, debilitating illness, Pat found among his personal papers a note written years earlier: “To be opened in the event of my death.”

“Memo to Patricia W. Denny–
“Pat, if you ever have occasion to read this perhaps you will think that I want to think for you even after I am gone. There are many things I would like to say as I sit at the office typing this memo. Some of the things I wish to cover are things I have thought about for a long time and have never gotten around to putting in writing.

“I do not say this to make you sad, but to make you feel better. I have always loved you. With my perfectionist-type personality and short temper I feel that I have never been capable of giving you the love to which you were entitled. Again, I say I have loved you and am proud of you as a wife and as a mother.

“…Once I am gone I want my memory to hold no strings on you. I would of course want you to remember me as a happy part of your past, but not as a sad part of your future. What I am trying to say is this, lead a normal life—if a guy worthy of you comes along—marry him. If you get an opportunity to enjoy life in some way don’t be bound by tradition. Remember this, the past was fun and a wonderful part of your life, but it is the past…Even if we had no children I would feel the way I have stated above, but with children it is all the more important. They should remember you as you are capable of being—enjoy them and enjoy life.
“Love, W.S.”

Pat said she loved him that much more after reading his note. She never remarried, but did share a close friendship with a widower at her church who had been a dear friend of Sam’s. It was a friendship made sweeter because of Sam’s last valentine.