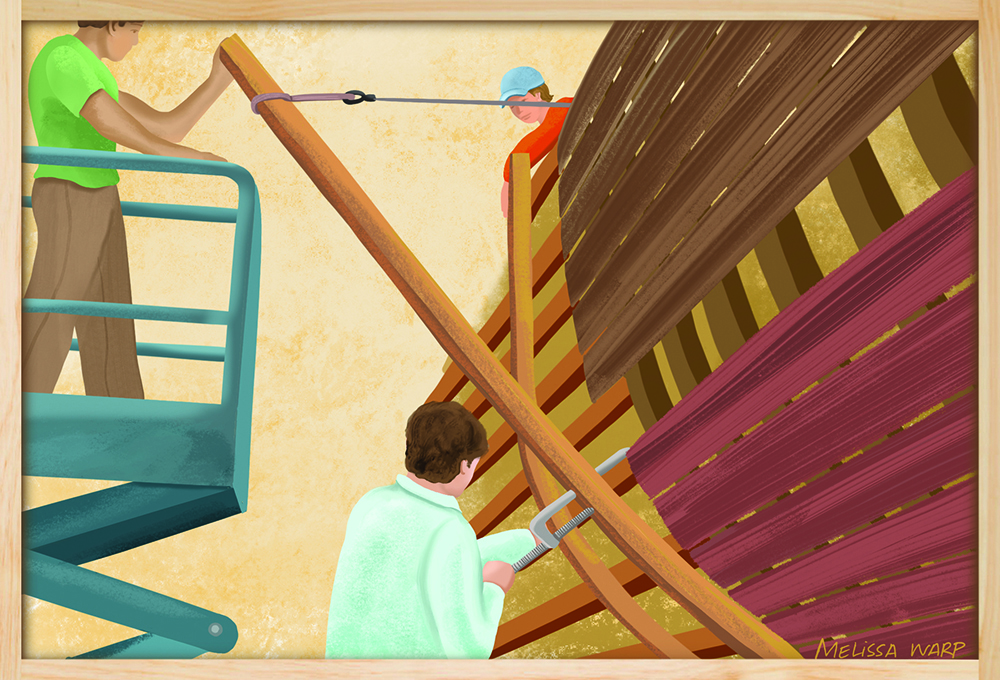 John Steinbeck and Kentucky white oak connect in a boat

A story that began with American novelist John Steinbeck and his best friend, marine biologist Edward Ricketts, in 1940 has found its way from the Pacific Northwest coast to the forests of Kentucky.

Steinbeck and Ricketts spent six and a half weeks that year aboard a leased 1930s fishing vessel called the Western Flyer while on an ecology study of the Sea of Cortez between the Baja Peninsula and the Mexican mainland. Their nonfiction books about the expedition, The Sea of Cortez, and later Log from the Sea of Cortez, have slept most of their shelf lives in the shadows of Steinbeck’s giant classics, Grapes of Wrath, Of Mice and Men and other works of Pulitzer and Nobel acclaim.

But back to the Western Flyer.

Long after Steinbeck and Ricketts were gone, the old boat they’d immortalized was still around, though it had sunk three and a half times.

In 2016, a group of scientists and others who had been influenced, if not inspired, by Ricketts’ and Steinbeck’s studies bought the 77-foot long boat and created a foundation to restore it as a working ecological research memorial.

“There are certain materials that can only be used in certain applications, and one of those is white oak,” Chase says. The frame, or rib cage, of the boat is steam-bent into shape from perfectly straight white oak beams.

For nearly three years, Chase searched forests from coast to coast for white oak of suitable quality, before his quest ended in Kentucky. With assistance from master logger Holger Groessler of Louisville and Berea College forester Clint Patterson, he was able to acquire prime logs from a 9,000-acre forest managed by the college and from a small private woodland in Anderson County.

For the critical task of sawing them into unblemished 18-feet-long, 3-by-4-inch beams, Chase turned to sawyer David Merchant who operates a small, custom saw mill near Bagdad in Shelby County.

“I wasn’t looking for a deal,” Chase insists. “I was looking for perfection. And David was phenomenal. Everybody in Kentucky was top shelf.”

Merchant, a retired middle school science teacher and consumer-member of Shelby Energy Cooperative, says he “kind of felt honored” that he was trusted with sawing the white oak for the boat, but adds that he thought any good sawyer could do it if they took the time and had pride in their work.

Already the Western Flyer Project has drawn the attention of the National Geographic and Smithsonian magazines, and others are watching the boat’s remarkable rebirth around a heart of Kentucky white oak.

In the meantime, Chase keeps a video record of each step in the process, which may be seen on YouTube via “Western Flyer” search.

And back in Kentucky, David Merchant now has a perfect answer for friends who are always asking, “Have you sawed anything interesting lately?”