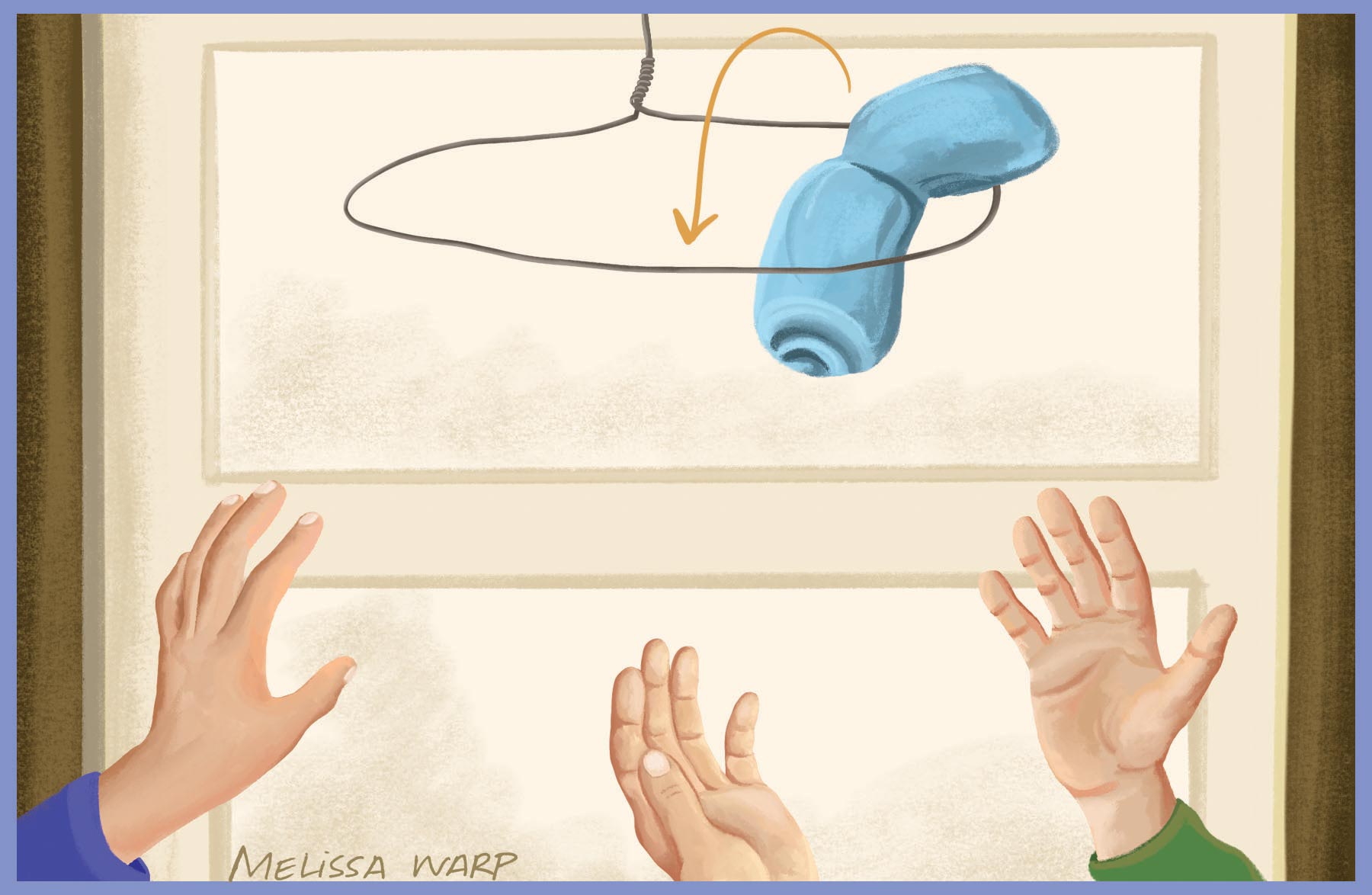 THE OLD BASKETBALL RESTING ON A CLUTTERED SHELF in the garage must be at least 40 years old. It still holds most of the same air that fueled its first dribbles and drives when our oldest son took it to the barn and began shooting baskets early one Christmas morning when he was a kid.

I can still hear the rattle of the rim that hung just inside the barn door, and I can see him climbing over the cattle feed trough to retrieve the ball when it bounced out of bounds. Below the Wilson Sporting Goods logo on the weather-beaten ball one of our boys had inscribed, in black felt-tipped marker, “NCAA” in large, uneven letters.

Rediscovering the old basketball brought warm memories of some of our family’s great moments in sports. On many winter nights “the middle room” in what then was our aged two-story farmhouse became a basketball court for our three sons and daughter. All they needed for a game was any kind of ball (even a rolled-up towel) and something resembling a goal, usually a metal coat hanger bent into a hoop and hung over the door. The kids themselves handled all the play-by-play and officiating as they played, stopping only to argue about bad calls. Often, there were post-game interviews.

Looking back, I have almost no memory of how many points or runs any of them ever scored in organized sports, but nearly perfect recall of what I now realize were the great moments.

When our middle son suited up for youth football we knew his future on the gridiron wasn’t promising after he apologized to an opposing lineman whom he’d leveled during a blocking play.

Early in his rookie year of Little League baseball, his mother noticed him sliding into a base when there was no reason to slide. She asked him about it after the game and he said, “Well, when the coach put me in he said, ‘Go out there and get that uniform dirty!’”

Then there was the time he came to bat carrying in his pocket a heavy paperweight with a four-leaf clover inside—for good luck.

Maybe it runs in the family. In a T-ball game years later, one of our grandsons ran the bases with his hand in his pocket. When his dad asked why, he pulled out a plastic sheriff’s badge and said, “I was afraid I might lose this.”

Finally, one of my favorite moments in sports was shared by a T-ball coach who remembered talking to a new team of wide-eyed rookies about their base running.

“When someone hits the ball and you’re on base,” the coach told them, “just watch Dave. He’ll tell you when to run.”

The coach said he realized he’d forgotten to introduce his assistant when a little boy in the back raised his hand and asked: