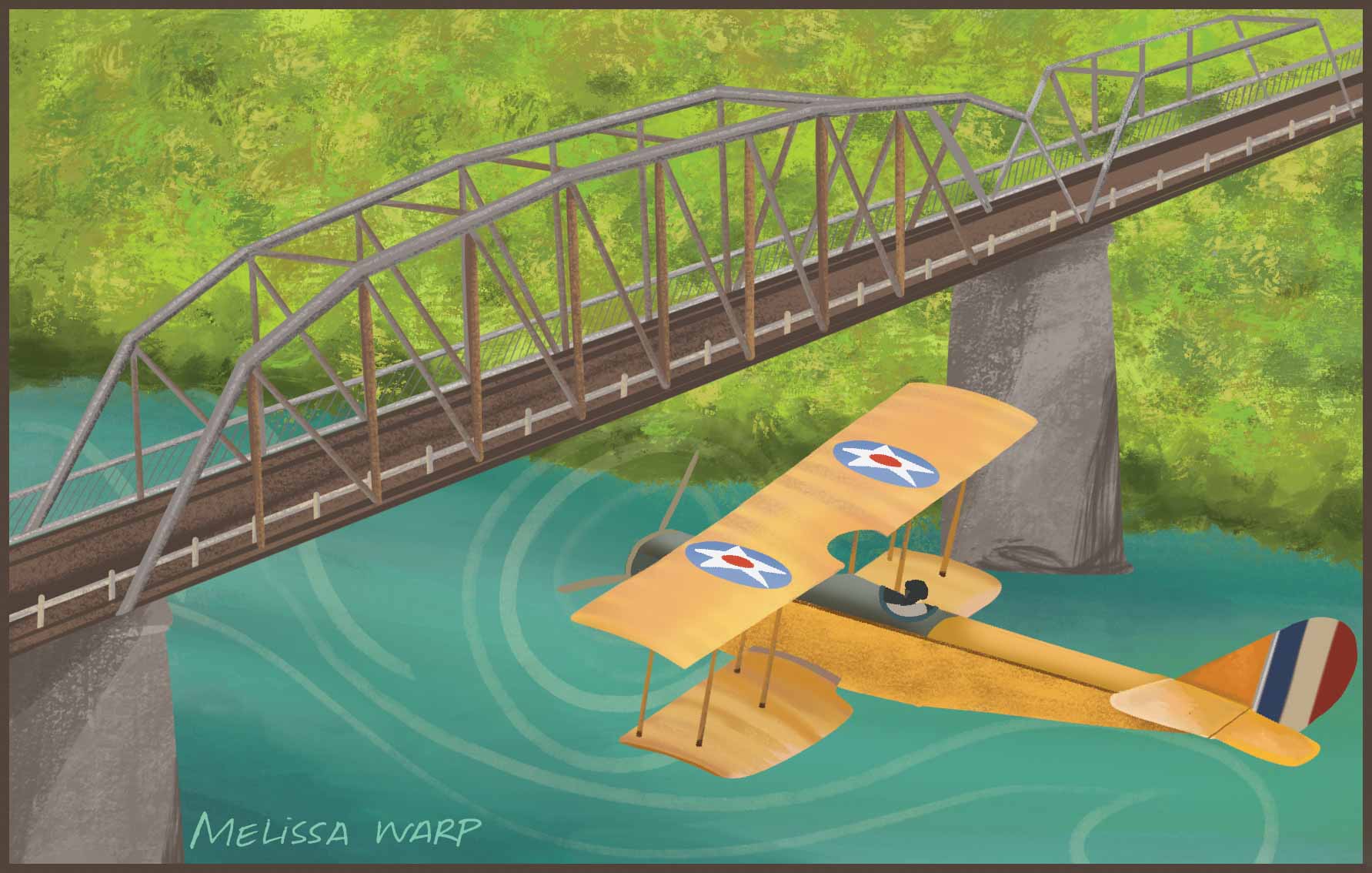 THE STORY GOES THAT when John Paul Riddle was a kid in Pike County at the dawn of the 1900s, he’d sometimes lie on his back watching birds soar in the summer sky as he dreamed of flying.

His grandmother even claimed that when he was very small he once tried to plant some feathers—hoping to grow enough birds to learn their secrets.

Paul’s mother, a teacher, died when he was 2 1/2, and he and his two sisters, ages 1 and 4, were cared for by their maternal grandmother.

Young Paul was bright, adventurous and ambitious. He had a paper route, tended cattle for a neighbor on Shelby Creek, cleaned the Methodist and Presbyterian churches with a friend, and took correspondence courses in auto mechanics and aviation. At the insistence of his father, a teacher and later a postmaster in Pike County, he carried a pocket dictionary nearly every place he went as a boy.

After graduation from Pikeville College Academy, he accepted an appointment to the United States Naval Academy in Annapolis, where he stayed only one year before leaving in 1920 to pursue his true love—flying. Twenty-two years after the Wright brothers’ first flight, Riddle was barnstorming and stunt flying out of Lunken Airport in Cincinnati.

Biographer Kim Sheeter mused that she knew her research of Riddle’s life wouldn’t be boring after discovering that he would sometimes dress as a woman and pretend to be a spectator in the crowd while waiting for the air shows to begin—only to dash from among the startled onlookers and take off in a plane to perform a series of daredevil stunts. On July 4, 1923, he flew his Curtiss Jenny bi-wing under Pikeville’s Middle Bridge.

In Cincinnati, he made friends with local flying enthusiast Higbee Embry, with whom he founded Embry-Riddle Flying School, and later Embry-Riddle Aviation Corporation, which contracted to fly “air-mail” between Cincinnati and Chicago. That business eventually grew into American Airlines.

After Embry left the partnership, Riddle and another partner, John McKay, re-formed Embry-Riddle School of Aviation in Florida. The school trained many U.S. and Royal Air Force pilots for service in World War II.

Riddle’s son remembers finding among his father’s papers a picture of Sir Winston Churchill, seated in the family’s living room during a visit with his dad.

In the mid-1940s Riddle left the flying school to pursue other aviation ventures, but he would later serve on the board of what now is known as Embry-Riddle Aeronautical University, one of the world’s foremost flight training schools. In addition to campuses in Daytona Beach, Florida, and Prescott, Arizona, it has other training facilities worldwide.

John Paul Riddle died in Florida in 1989 at the age of 87. His ashes were scattered from a plane piloted by an airline captain who graduated from Embry-Riddle Aeronautical University. It was a fitting departure for the Kentucky aviation pioneer whose boyhood dreams have helped carry several generations into skies above the birds and beyond the clouds.