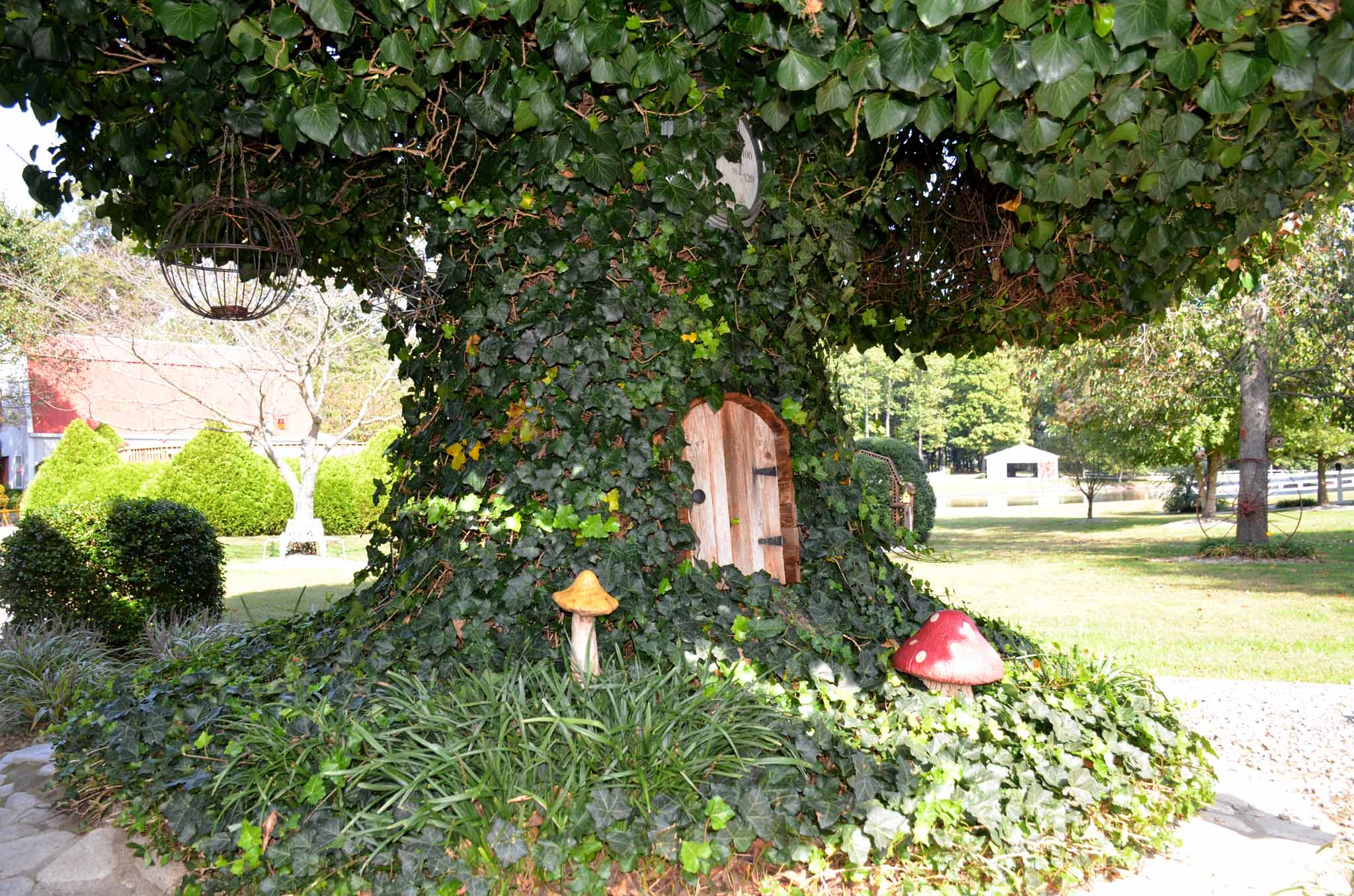 Sandy O’Bryan’s backyard garden is a place for curiosity and a little bit of fairy magic. Ten to 15 years ago, O’Bryan, a Salt River Electric consumer-member in New Hope, added a fake door to the base of a beech tree.

“It used to be a tall, tall tree and we wanted to slim it down and cut it back,” she says, adding that she put in sidewalks and began to incorporate other plants around it. The tree is covered in ivy.

“It looked like a big mushroom,” she says. “I love fairies, so I decided to put a fake door on it and make it look like a fairy house.”

O’Bryan loves to spend time with her grandson, Sawyer Davis, 3, in her backyard.  “My grandson always wants to open that door. He says, ‘What’s in there, Nana?’” She takes him along to see and pretends it’s stuck (it does not open). “It’s nice for little kids,” O’Bryan says. “It builds curiosity.”

The whimsy doesn’t stop there—along with lilac bushes and other plants, O’Bryan has a privet hedge trimmed in the shape of a barn along with several birdhouses.