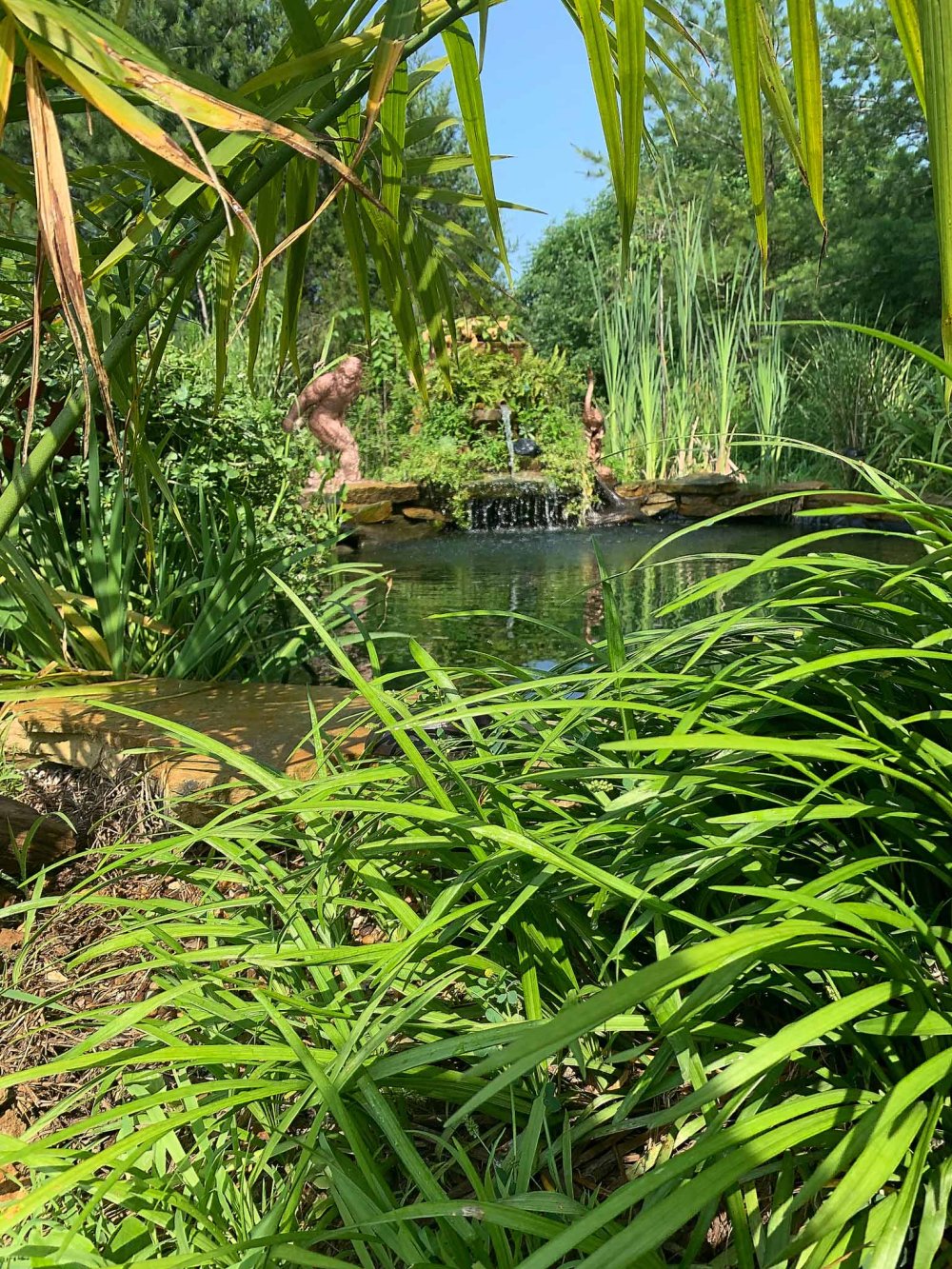 This statue of Bigfoot guards the koi pond in Kristin Wilcox’s yard in Beaver Dam. Once an eyesore, the garden area has been converted into a beautiful retreat. Photo: Kristin Wilcox

The statue, purchased from Bluegrass Ornamental Concrete in Utica, is a smaller version of something Wilcox spotted some time ago.

“I had seen a bigger statue years ago and fell in love with it,” says Wilcox, of Beaver Dam, a consumer-member of Warren RECC. Upon seeing the smaller version, “I had to have one,” she says. “I put a coat of paint on him, and I knew the best place for him was to be guardian of the koi pond.”

An old storage building once stood on the site where Bigfoot stands. The building was rotting and had to be torn down, Wilcox says.

“It had covered an old water well, which had been filled with trash,” she says. “After cleaning it out, we were left with a hole in the yard.”

Rather than fill in the hole with soil or dirt, she decided to add water and make it a koi pond.

Wilcox’s daughter, Shelby, gets an immense amount of joy visiting the koi pond. “She’s nonverbal,” Wilcox says. “But she has a few words and fish just so happens to be one of the words she can say.”

Taking what she has learned over the last three years, Wilcox is renovating the koi pond and hopes to have the new one, with an updated waterfall and filtration system, completed in late spring.

Will Bigfoot make a return to guard the upgraded pond? “Absolutely,” Wilcox says. And of the possibility that Bigfoot or something like it might really be out there, she postulates hopefully: “I enjoy the idea that things could possibly exist that we’ve not yet discovered.