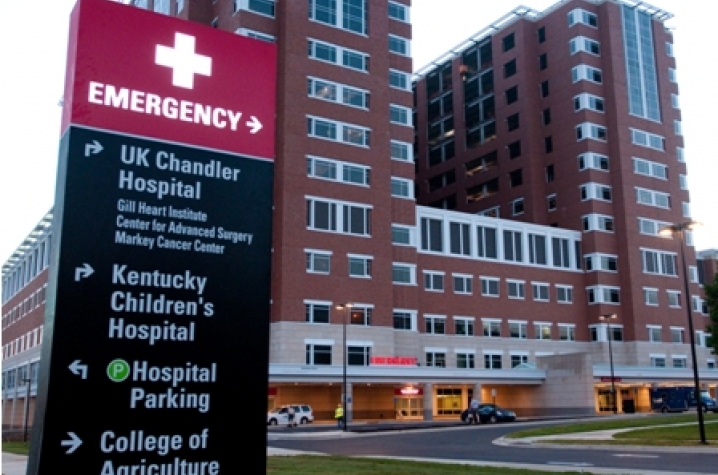 A hospital’s emergency room is the initial point of contact between medical personnel and patients who are in dire straits—whether from a sudden health crisis such as cardiac arrest,  a catastrophic accident, or an act of violence.

Unfortunately, the inefficiencies of the modern healthcare system have made many emergency rooms de facto primary care clinics for patients who arrive without an appointment to seek treatment for non-urgent conditions. This situation places considerable demands on the medical care system, increasing costs substantially and drawing ER doctors and staff away from  their core mission.

In this episode of Kentucky Health, Dr. Wayne Tuckson speaks with the president of the Louisville Metro Council and the emergency room director at a Louisville hospital about what goes on during a typical shift at an urban hospital’s emergency room, about the strain on ER admissions, and about ways to reform emergency room care in order to better treat patients.

David Yates is an attorney and the president of the Louisville Metro Council, serving as the councilman for District 25 in southwest Louisville. Dr. Robert Couch is the emergency department medical director at Norton Audubon Hospital.

Yates recently shadowed Dr. Couch at the Norton Audubon ER for one day as part of the “Wear the White Coat” program conducted by the Greater Louisville Medical Society, for which Couch  serves as board chairperson. Clips from Yates’ visit are included in this episode.

Catch-All Clinics of Last Resort
Dr. Couch describes a typical day in the ER at Norton Audubon Hospital as a hectic, challenging experience, where grievously harmed patients arrive alongside persons who, for a variety of reasons, feel it best to seek immediate assistance for non-life-threatening conditions.

“We have to be able to treat heart attacks, and strokes, and gunshot wounds within literally seconds of arrival, in some cases, and we have to be able to provide lifesaving care to those critically ill or injured patients,” Couch says. “But, at the same time we are challenged with running essentially a primary care clinic, where only 10 percent or so of the patients that we see would really be considered emergencies, yet the other 90 percent of the patients there are the ones that keep the lights on for us. So we have to be able to wear two hats at the same time.”

During Yates’ visit as part of the “Wear the White Coat” program, he and Dr. Couch met several patients. One woman was experiencing pain in her left arm, and had neither a primary care doctor nor insurance. Another patient was getting over a 24-hour flu and needed to get medical clearance to return to work. A third man was experiencing diarrhea and vomiting, and Dr. Couch ordered some tests for him. The last, a young man who hit his head while working, was concerned about internal bleeding due to his use of the blood thinner Coumadin. Dr. Couch ordered a CT scan to rule that out.

Of the four patients from the clip, Dr. Couch and Yates say that only the last person, the young man who had a concussion, would really be considered an emergency situation, due in part to the medicine he regularly takes. Dr. Couch points out, however, that the criteria for treatment in emergency rooms is very thorough, as befits their traditional role in handling the most serious medical conditions.

“We approach each case from the opposite position that family medicine people will, because we think about aneurysms, and appendicitis—we look for those to begin with and come at it from that approach,” he says.

Reflecting on his visit, Yates says that he believes many people misuse the emergency room because they don’t know about the resources available to them in a primary care setting, and also because there aren’t enough primary care physicians in business to treat the metro Louisville population. He says that, as a personal injury attorney, he’s tried to educate several of his clients about the necessity of having a primary care doctor and establishing a long-term relationship that includes routine exams, rather than going to an ER or urgent treatment center to get treatment for common medical concerns.

“The problem is, I think you’re battling with the convenience of people going to the quick clinics, coming in, and a lot of people don’t want to see a doctor unless they get their prescription for a Z-Pack or whatever else it is, or a flu shot,” he says. “But I think by advocating for the advantages of having a primary care physician, to making sure you use preventative medicine, I think that’s going to be our battle. I think if we do that correctly, we’ll be more successful.”

The ‘Emergency’ in the Emergency Room

Couch believes that several reforms must be made to the healthcare system in order to bring the emergency room back in line with its original, intended function. He believes that the Affordable Care Act was successful in giving people more secure funding for health insurance, but that on an administrative level the government program needs to do better at matching up enrollees with primary care providers. Even if more people do secure primary care as an entry point into the system, Couch believes that ERs in many hospitals will still need to expand their personnel and physical space to meet an ever-growing patient population.

“That is what our society demands these days, so in some ways the emergency department is the victim of our own success,” he says. “We provide an environment where, in my hospital for example, you can see a board-certified specialist in emergency medicine in a matter of minutes after arriving—no appointment necessary, night or day, 5 a.m. or 5 p.m., come on down, we’ll see you. And patients appreciate the convenience.”

For those patients who do seek care via the emergency room, Couch explains that he and his team are constantly improving their own game plan for treatment, based on the concept of triage, or sorting patients into groups based on medical need. “Triage is present so we can determine really how sick you are and how quickly you need to be treated,” he says. “And in the emergency room, that’s how we operate. It doesn’t matter if you came in by private car, by EMS, or by limousine, we’re going to see the sickest patient first.”

One pressing issue that is disrupting emergency rooms in Louisville, as well as ERs in other Kentucky hospitals and across the nation, is the significant increase in opioid overdoses. Couch says these patients usually arrive at the ER on the edge of death, and that they are an enormous burden on the system.

“The number of overdoses that we’ve seen just in the last few years have doubled or tripled in number,” he says. “And so many times, those overdose patients are occupying beds that may be needed by someone else in the lobby that can’t make it back, because we’re treating those overdoses. It’s a huge problem, particularly because of the potential bad health outcomes just beyond the overdose itself. These people are injecting things that we don’t know what they are—we don’t know the substances, many times there is bacteria—so we see patients who present with abscesses, or infected heart valves, and sometimes those cases can consume hundreds of thousands of dollars each to treat that one patient.”

Reflecting on his day spent “Wearing the White Coat,” Yates describes meeting a woman and her boyfriend who had overdosed on heroin. The prompt and dedicated response from Couch and his staff was a revelation.

“I learned a lot about that interaction,” he says. “The drug epidemic has been a big concern, locally, and in the state, and throughout the country. And the way that was handled, I think it gave me a different perspective, to make sure that we continue to advocate that individuals have resources for recovery.”