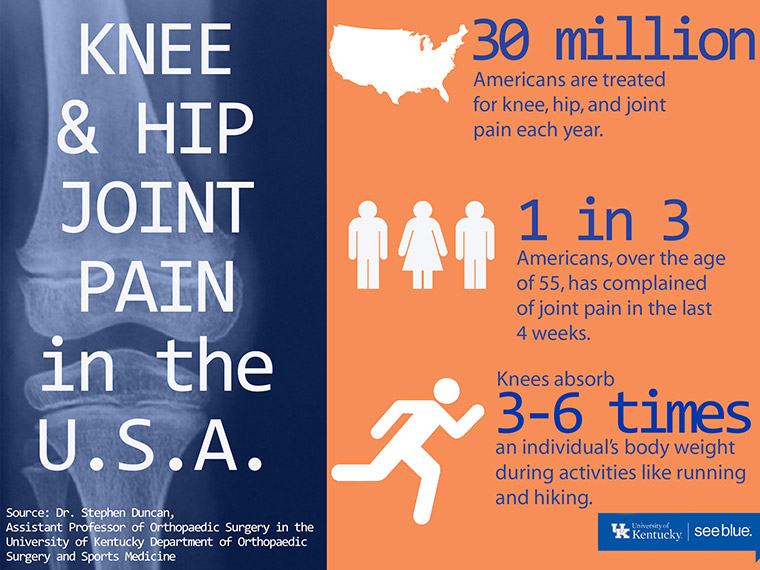 What you can do to prevent it

Over a lifetime, our hips and knees get a lot of use. In the past four weeks over one-third of people in the United States 55 and older have complained of hip or knee pain to their physician. There are various ways individuals can reduce the strain placed on joints to maintain the health of their hips and knees.

People who engage in high-impact activities, like running, basketball, or Zumba, can take steps to prevent joint issues like torn ligaments and inflammation. Weight reduction, if recommended by a physician, can be a way to reduce impact. Physical therapy to strengthen the muscles surrounding the hips and knees can do wonders in reducing and preventing

Treatment options
In the United States, nearly 30 million people are treated for knee and hip joint pain annually. Too often, joint pain is dismissed as part of aging. Persistent joint pain, which lasts more than six months and is not responding to activity modification and/or anti-inflammatories, means it’s time to see an orthopedist.

Reducing the chances of needing orthopedic surgery is possible, but knowing the signs of pain that may require medical intervention is vital.