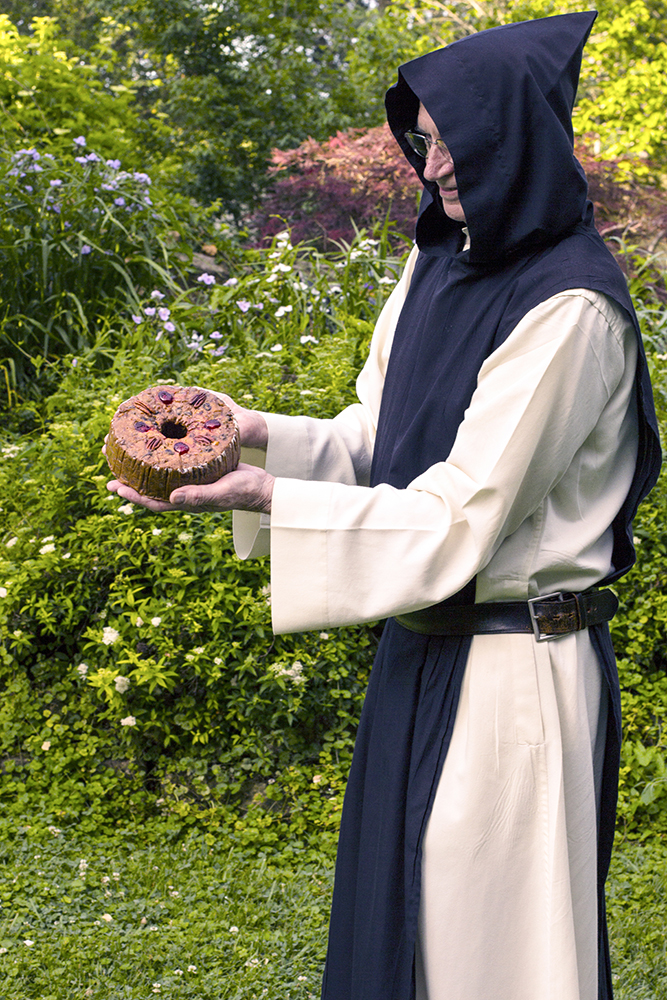 Enough with the fruitcake jokes.

The Trappist monks at the Abbey of Gethsemani near Bardstown know a thing or two about making moist and spicy, award-winning fruitcakes.

The secret ingredient is local Jim Beam bourbon. “About 2 ounces for the small fruitcake, and 3 ounces for the large ones,” says PR monk, Bro. Paul Quenon.

Forty-four monks live at Gethsemani, the oldest and largest Trappist monastery in the Western world, established by French monks in 1848, says Bro. Paul.

“According to the Order of the Cistercian, Rule of St. Benedict, monks are supposed to live by the work of our own hands, a way of living a humble simple life. Money raised supports the abbey and anything over and beyond our expenses goes into the charity budget.”

“We never tire of the aroma,” says Bro. Roger Kaler, CEO monk over Gethsemani Farms’ products, shown above. They also sell jams and jellies made by a sister monastery.

Even for monks who pray seven times a day, things go wrong. “Two days ago, a monk making the fudge had the right ingredients but was following the wrong recipe. It all became very runny, the bourbon flavor was so strong, and the nuts floated to the top, so we had to discard that batch,” says Bro. Paul.