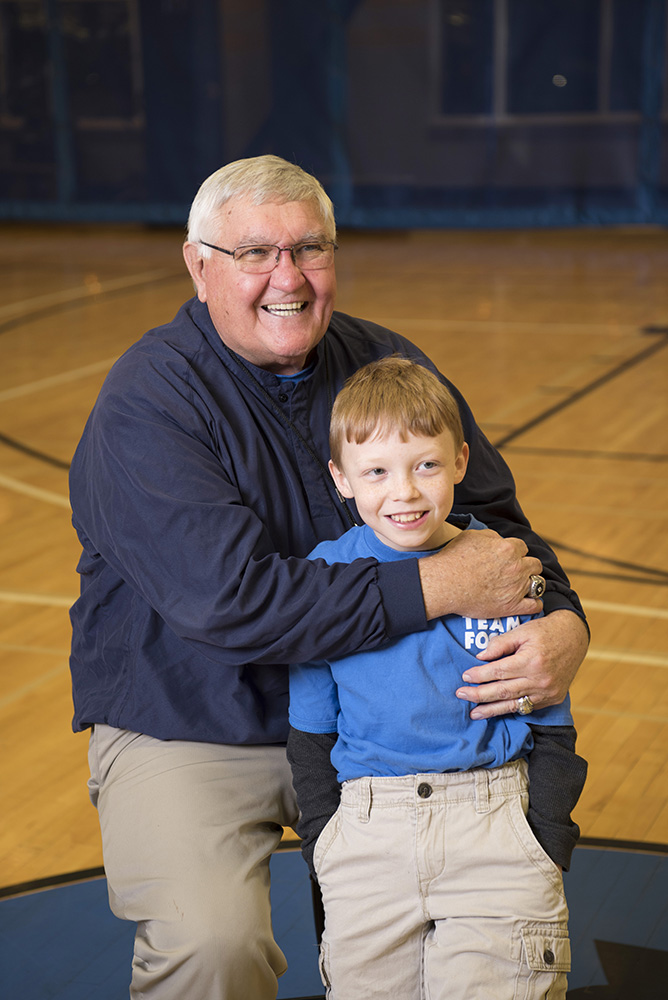 Retired coach Bill Baldridge is a legend in Kentucky football, but it’s his calling to develop young men of faith that friends and family say may be his greatest legacy.

Baldridge, the director of the Kentucky Chapter of Team Focus, coached many players at Morehead State. In the mid-’70s, he was a defensive coach on the Morehead State team that included eventual NFL legend Phil Simms. At Morehead, he gave John Harbaugh—now the Baltimore Ravens’ head coach—his first college coaching job. He hired Mike Smith as the Morehead defensive coordinator; Smith later became the Atlanta Falcons’ head coach.

In 1977, Baldridge’s Bellevue Tigers won an unforgettable high school state championship when Jack Hurtt, while playing with a broken thumb, scooped up a blocked field goal and dashed 96 yards to score.

Baldridge also coached at Rowan County, Greenup County and Bath County, where future All-American Frank Jones in 1969 set—and still holds—the all-time single season Kentucky high school record for rushing yards. There were 16 children in Jones’ family, and they made their living sharecropping. During the summer pre-season, Baldridge picked Jones up several times a day to ensure that Jones would make football practice and still be able to help his family work the land. “I would get there at 6:30 in the morning and take him to practice, then after practice take him to the fields to work on the farm,” Baldridge says. “Then I came back in the evening to pick him up again.” To this day, Jones still calls Baldridge “Dad.”

Lonnie Vice, chairman of the board at Fleming-Mason Energy and former assistant football coach at Bath County High, says Baldridge and his wife, Janie, have spent their whole careers helping youth.

“He helped kids who didn’t have the support that others had,” he says. “He took kids who wanted to better themselves and always did anything he could to help.”

Baldridge also had two stops coaching at Harrodsburg High. In 1971, there were 32 players on Harrodsburg High’s team. Six players from that team went on to become Christian ministers. “At the anniversary reunion, many of their wives came up and said thanks for influencing my husband and helping to make him into the man he is today,” Baldridge says.