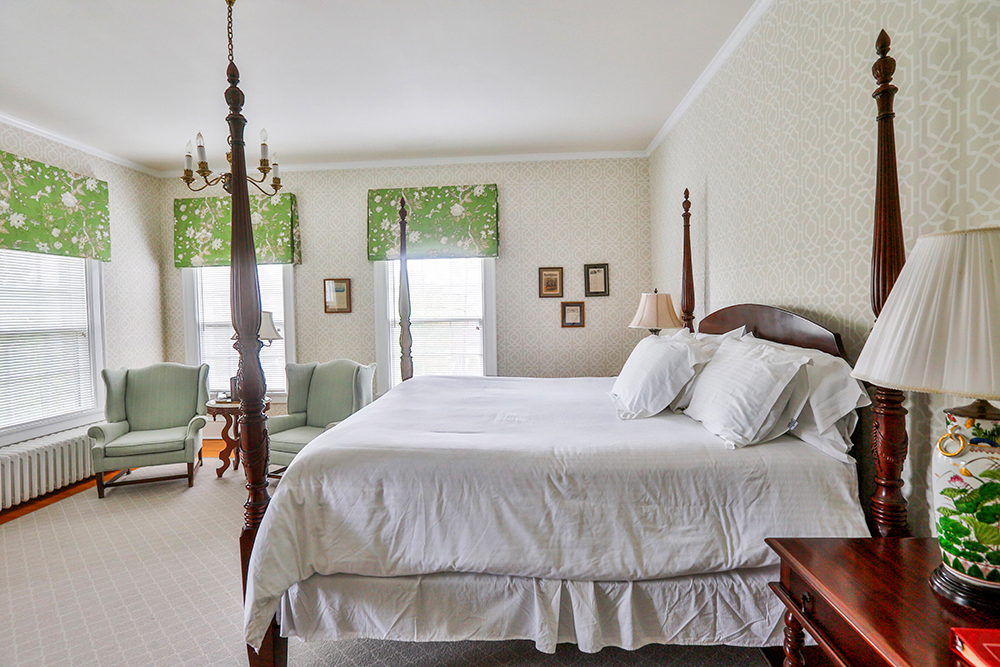 One of the 31 guest rooms at Beaumont Inn. The rooms are spread across three buildings.

1917: Glave and Annie Bell Goddard purchase the building that is to become the Beaumont Inn.

1934: Franklin Delano Roosevelt comes to Harrodsburg to dedicate the Pioneer Monument at Old Fort Harrod State Park and borrows a chair from the inn. “People sit in it all the time and have no idea they’re sitting in the same chair,” says Dixon Dedman.

1949: Pioneering food critic Duncan Hines visits Beaumont Inn and declares: “I’ll be happy to get home and eat 2-year-old ham, cornbread, beaten biscuits, pound cake, yellow-leg fried chicken and corn pudding. And you can say what I think is the best eating place in Kentucky: Beaumont Inn at Harrodsburg.” Hines included the inn in every Adventures in Good Eating at Home book he published.

1957: A spread in Life magazine’s cookbook helps “put us on the map,” according to Helen Dedman.

1960s: Coverage in the Ford Times travel magazine has the same impact.

2003: The city of Harrodsburg eliminates Prohibition’s legacy and lifts the laws on serving alcohol by the glass. Dixon Dedman considers this to be the biggest change the inn has seen in its 100-year history.

2015: Beaumont Inn nets a James Beard Foundation America’s Classic Award given to those restaurants with timeless appeal and beloved for quality food that reflects the character of their community.

2015: A new tasting room opens at Old Owl Tavern for guided tastings through a collection of products from different distilleries.