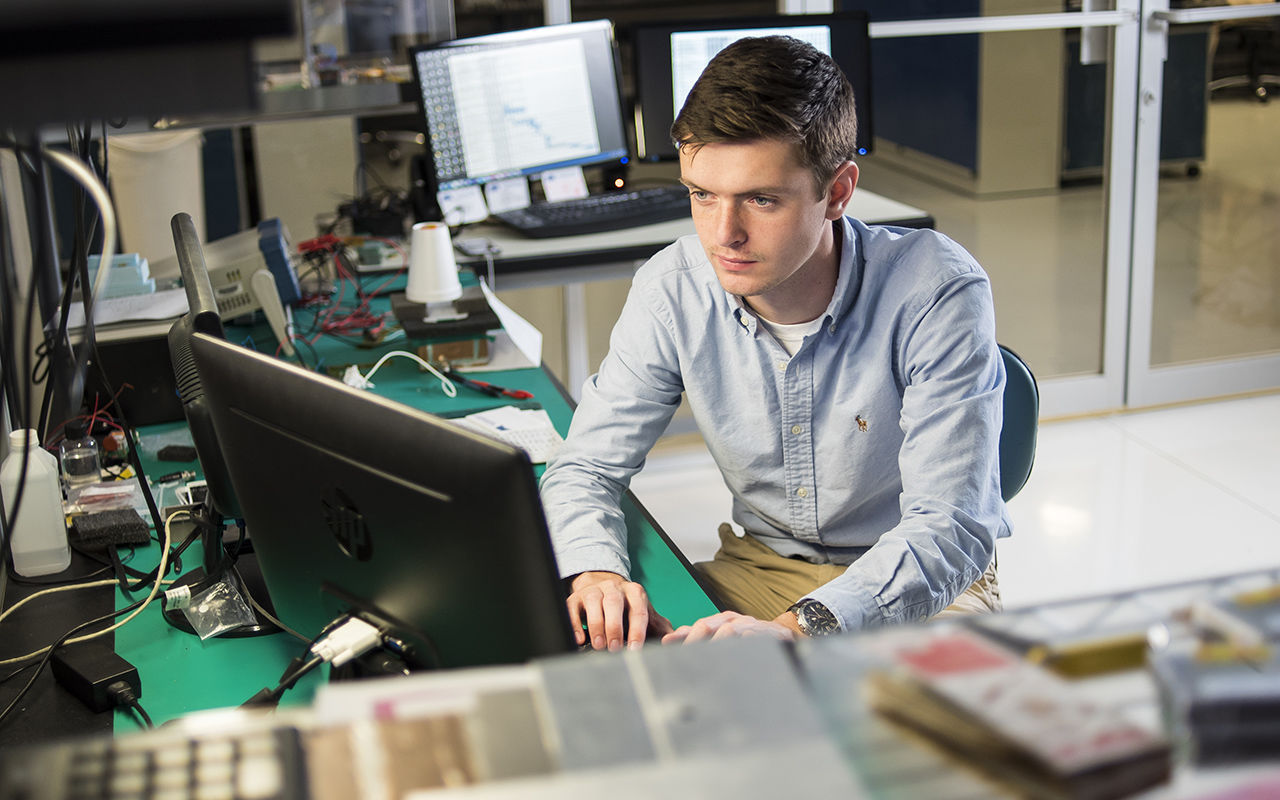 The students enrolled in the new Craft Academy for Excellence in Science and Mathematics at Morehead State University are not your average high-schoolers.

In the spring semester of his junior year, Bryce Hendrickson of Maysville took computer-aided design (CAD) classes at Morehead’s Space Science Center. So, while he’s only 17 years old, he already knows how to design parts for use in 3D printing and rapid prototyping, among other applications.

His classmate, Danielle Gibson, also of Mason County, is at work on a research project to launch a study on smooth muscle cells to the International Space Station next year. She and her partner, fellow Craft student Will Casto, hope the research on how the cells behave in zero gravity may ultimately lead to a better treatment for high blood pressure patients.

For Gayle Hereford of Irvine, whose parents are members of Jackson Energy Cooperative, the choice to enroll at Craft has been the best decision she’s ever made. “Every day I get up and get dressed and go to class. And it’s new topics and new material. And there are professors saying, ‘Let’s press even further and go farther,’” Hereford says. “It’s such a great opportunity.”

Launched last August, the Craft Academy is supported by a $4 million gift from businessman and Kentucky native Joe Craft and $2.8 million in state funds. Only 17 states offer similar university-based residential high school programs, and Kentucky is the only state that offers more than one, according to Dr. Carol Christian, Craft’s director.

The addition of a program to the eastern Kentucky region offers exceptional students there “more access, opportunity, and options” says Christian, who noted that before Craft’s inception, some talented eastern Kentucky students may have hesitated to apply to Gatton or accept an offer there, simply due to the campus’ distance from their homes and families.

Christian doesn’t consider Craft in competition with Gatton, but rather celebrates the fact that together they will be able to impact twice as many talented Kentucky students each year. Still, she notes that Craft’s emphasis on STEM (science, technology, engineering, and math) disciplines, as well as its “plus-X component”—the term Craft uses for its integrated goals of entrepreneurship and innovation, creativity and design, and civic and regional engagement—help to differentiate Morehead’s program.

“We have created a brand at Craft,” Christian says. “Our tagline is ‘Imagine, Invent, and Impact Kentucky.’ We stress to our students, whatever you imagine, whatever you invent, think how you can come back and bring your intellectual gifts to impact the economic development of Kentucky.”

Craft accepts 60 students—30 boys and 30 girls—each year. When they apply as sophomores, students submit essays explaining why they want to attend Craft for their junior and senior years.

Many students allude to being drawn to the program because it’s a place where their high-level intellectual curiosity would be celebrated, rather than mocked. The inaugural class includes five National Merit semifinalists.

“Our Kentucky high schools are doing a great job. But these kids are outliers, and our schools only have so many resources. Most students are sitting at the lunch tables thinking about what the Kardashians are doing, or what to do after the game on Friday night. But these kids are trying to find the cure to Alzheimer’s, start a business, or invent something,” Christian says. “Their minds are just so beyond the norm, and many times, these gifted students by the time they are a junior, or definitely a senior, they are just dying on the vine” in a traditional high school setting.

Life on campus
At Craft, students attend Morehead State’s college-level classes alongside traditional-aged students. Though they’re two years younger than many of their fellow students, they’re excelling: at the end of the first semester of the program, 83 percent of Craft students had a grade point average of 3.0 or above, and 12 of the 60 students had a 4.0.

Craft students are eligible to participate in all college activities, save intercollegiate athletic teams and Greek life. Craft also offers students a study-abroad experience. Since most first-year students are just 16 or 17, they do have a nightly curfew and mandatory study sessions, and they all live together in a single residence hall, where support staff are on hand to help them with their transition to college-level coursework.

“Craft Academy students are incredibly creative, innovative, and tenacious,” says Jen Carter, the Academy’s assistant director of Academic Services and a Clark Energy member. “They are outstanding problem-solvers and entrepreneurs. Mostly, they are down-to-earth kids, but with big dreams.”

Molly Meek of Louisa said the Craft Academy has allowed her son, Jeremy Webb, to “finally get to learn with people who are like him, who have the same drive and ambition that he does.”

After finishing college, Webb plans to pursue two doctorate degrees in particle physics and quantum mechanics. Thanks to a Craft Academy-organized trip this summer, he’s getting to check off an item on his life’s bucket list: visiting the European Organization for Nuclear Research (CERN) near Geneva, Switzerland, home of the world’s largest particle accelerator.

Students in the Craft Academy’s inaugural class say the decision to get a jump-start on their college coursework  was easy: “When an opportunity like this comes along, you just have to take it,” Hendrickson says. Gibson agrees: “Even though my parents may have been a little worried about having me on a college campus away from them at 16, really, everyone here, the students, faculty, and staff, have all been really welcoming and willing to work with us on everything.”

The launch of the Craft Academy represents an understanding on the part of Kentucky’s leaders that “if you want to advance the economic development of Kentucky, you invest in kids and education,” Christian says.

“You invest in your best and your brightest.”