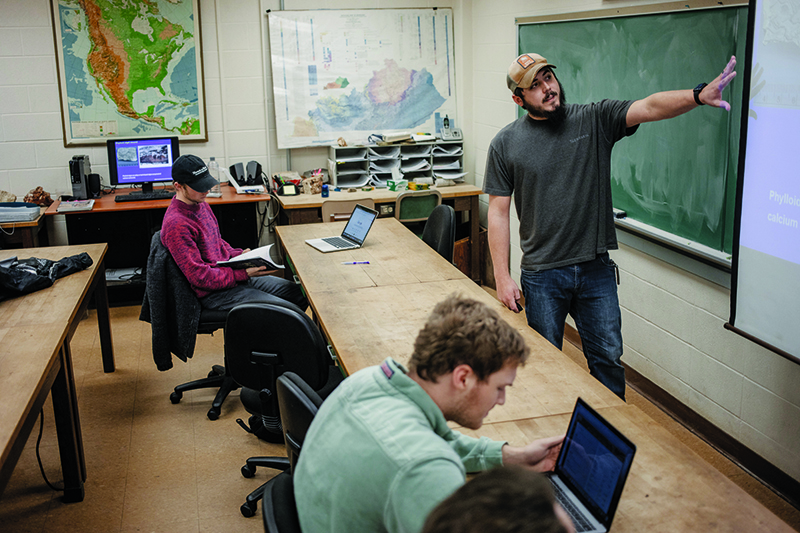 “I just try to make sure people have a goal,” says Mike Arthur, who just began his dream job as an exploration geologist for Exxon Mobil Corp.—but not without a few detours and stumbles. “I think that was it for me. When I first went to school I was just there. I didn’t have a goal. I knew I wanted to get a degree, but I didn’t have something I wanted to pour my energy into.

“When I went the second time, I treated it like it was a job because to me it was. My job was to go there, get a degree, get good grades so I could get the career I wanted so I could take care of my family,” says Arthur, whose success in getting a geoscience master’s degree is featured in the main story.

“If that means staying late, if that means going to the teacher, if that means coming to me, you just do whatever it takes. You have to work as hard as you possibly can. If you do it all and it doesn’t work out, at least you’ve done everything. There’s nothing worse than looking back and being like ‘I could have tried harder.’ I think just be driven and ask for help. That’s fine. Know what you want and go get it.”