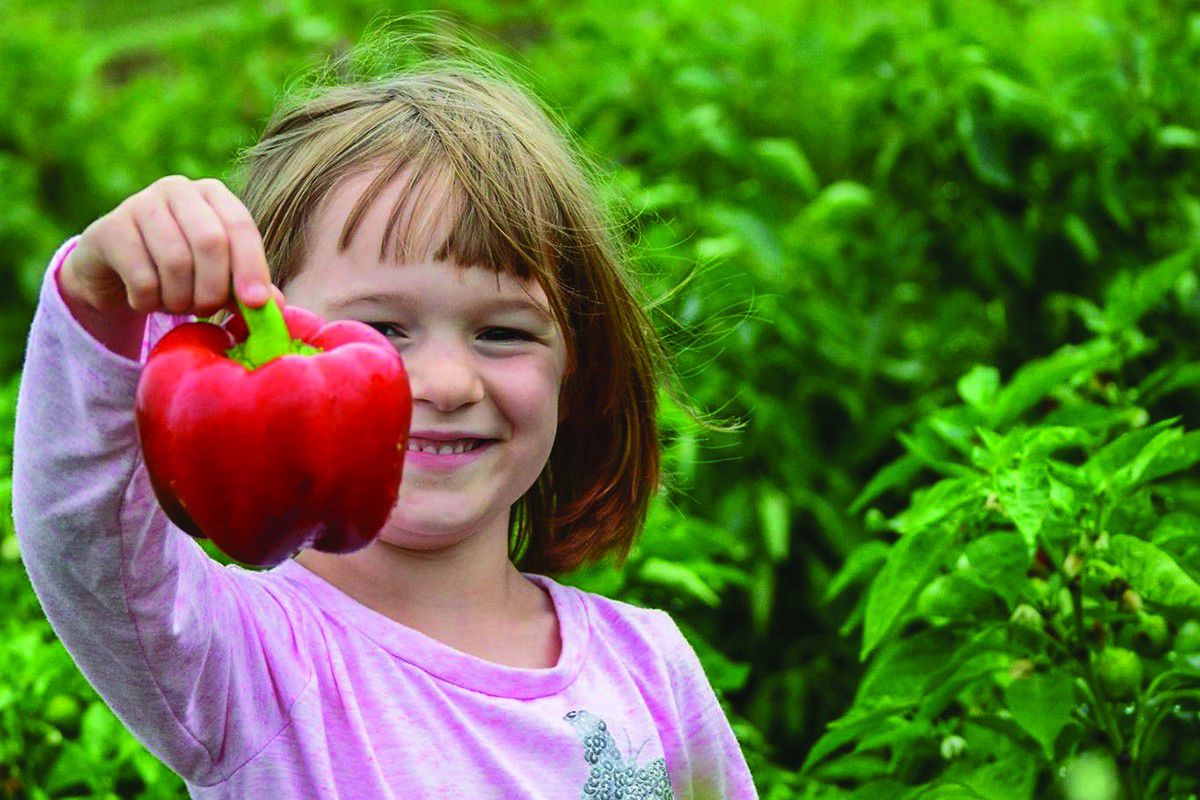 Volunteers glean or “harvest” excess food from growers and grocers, then deliver it to food programs that feed Kentucky’s hungry

The beauty of Glean KY is how simple, and yet profoundly important, its mission is.
By “gleaning”—or gathering—unused fresh fruits and vegetables from farms, orchards, and grocery stores, and distributing them to food pantries and service agencies who feed the hungry, GleanKY is helping address two problems with one solution.

“We want to reduce hunger, but we are also equally passionate about reducing food waste,” says GleanKY’s executive director Stephanie Wooten, who became the agency’s first full-time, paid staff member in October, after volunteering for several years on its board.

It’s estimated that up to 40 percent of food produced in the United States goes uneaten, ending up in landfills, while at the same time one in six Americans is unsure where the next meal will come from.
Three friends—Erica Horn, John Walker, and Jennifer Erena of Lexington—launched GleanKY under the name Faith Feeds in 2010 as a way to combat food waste and hunger on a local level.

Recently, GleanKY has embraced its new name, and a larger, statewide mission.

“We are currently the only gleaning organization of our kind in the state,” says Wooten. “Our growth has been so exponential and so fast. We plan to spend this year being very intentional about studying our model and its effectiveness, making sure we’re getting the food to the people who need it most. Then, next year, I’d love to see us select some pilot sites in eastern and western Kentucky and take our model there.”

Since 2010, GleanKY has gleaned and distributed just over 605,000 pounds of food. The agency’s team of 300-plus volunteers gathers year-round, collecting food every day but Christmas. They glean unpurchased beans, tomatoes, squash, or greens from the Lexington Farmer’s Market, harvest excess fruits and vegetables straight from the fields at area farms and orchards, and even box up expired-but-still-good-to-eat produce from store shelves at Lexington’s Costco, Good Foods, and Whole Foods grocery stores.

“Sometimes, Costco may provide us with 1,000 or 2,000 pounds of food in a day,” Wooten says. “We’re very careful about matching our sources with recipients who can handle, store, and distribute the varying types and quantities of fresh produce that we’re bringing in each day.”

Currently, GleanKY partners with more than 20 regular gleaning sources and roughly 50 recipient sites in Fayette, Scott, and Franklin counties. The agency works with both large-scale agencies like God’s Pantry and Lexington’s Hope Center—which provide meals to thousands of people a week—as well as smaller, neighborhood- and church-based missions.

“I call it a win-win-win-win,” says Horn, GleanKY’s co-founder and board president. “The farmers are happy because their food is not going to waste. We’re helping the environment by reducing the amount of food that’s going into landfills. The recipient groups win, obviously, because we’re able to supply them with fresh fruits and vegetables. And the volunteers win because this work is just so much fun.”
“It’s a simple model,” says Wooten. “You need a car. A box. An hour. Anyone can do it. We really hope it catches on with more people.”

Help GleanKYFind out more about Glean KY’s mission and its model online at www.gleanky.org or at www.facebook.com/gleanKY. Donations to help cover transportation and other costs are welcomed, and can be made online.