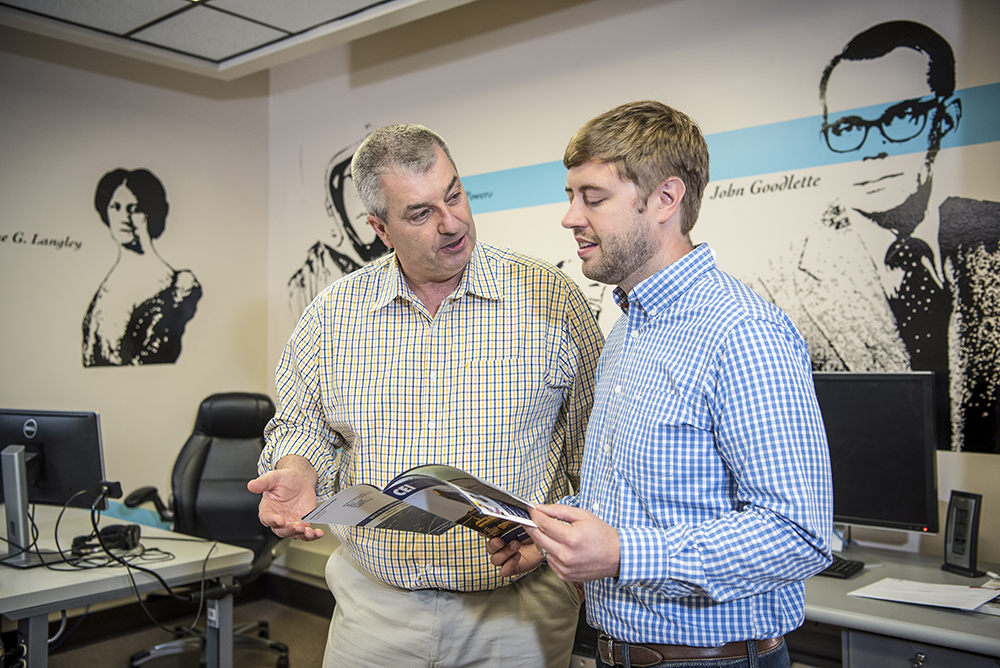 Rusty Justice was living his dream. For nearly 30 years, the mining engineer and his partner, mining executive Lynn Parrish, ran a thriving business serving coal, oil, and gas companies. The business enabled them to live precisely where they wanted—in eastern Kentucky.

In between, however, Justice and Parrish watched helplessly as their first dream and that of countless others quickly collapsed. “Companies went out of business at an unbelievable rate,” Justice says of the decimation of the coal industry. “We were suddenly looking for something to do.”

The region went into a tailspin, which renewed a suddenly urgent desire to solve what has been a puzzle for generations: how do you bring together a region of Kentucky brimming with natural beauty and human potential with the technology and jobs needed to create prosperity?

READ: From coal to code: the new eastern Kentucky dream

Add to that conundrum a longstanding tradition of self-reliance among the people. Take into account the skepticism created by failed efforts. Plan for mountains—simultaneously tourist attractions and big transportation and internet connectivity headaches.

The answer for Justice and Parrish started with their involvement in an organization called SOAR, which stands for Shaping Our Appalachian Region. (See sidebar, next page.)

SOAR began in the fall of 2013 when then-Governor Steve Beshear, a Democrat, and Kentucky’s 5th District U.S. Representative Hal Rogers, a Republican, created the nonpartisan, nonprofit entity. It was designed to tackle perennial issues in eastern Kentucky. Rather than outside “experts,” the organization would capitalize on the people of the region—tap into their knowledge, get them involved, give them a voice, and have them shape the region.

Arnett brought an eclectic mixture of experience, including a love of jazz, which he says is not all that different from running a highly visible, nonprofit startup. “Jazz is about understanding the way music is historically structured, and then finding creative ways to do it differently. It is driven by creativity and innovation,” he says.

Before joining SOAR, Arnett found he loved business, “connecting all the dots, working with people, doing every aspect of the business from advertising to marketing, the numbers, the creativity required.” An MBA program at Morehead State University was a natural next step.

“I wanted to know more, to understand the business process better,” he says. “It helped me think, learn to solve complex problems, and learn to solve them by building relationships.”

That led to roles as president and CEO of the Southeast Kentucky Chamber of Commerce and general management consultant for the East Kentucky Small Business Development Center. At age 26, Arnett started his own consulting firm, Beacon Management Solutions Inc., where he was instrumental in more than 10 successful startups.

His success often prompts the same question: why did he choose to stay in eastern Kentucky?

“Sometimes you choose the mountains,” Arnett says, “and sometimes they choose you. I am representative of the culture and the region in that, to me, eastern Kentucky is more than a place you live. My wife, Bethany, and I decided years ago that we were going to remain committed to our roots in eastern Kentucky.

“We have a drive to make a difference and make opportunities for others. We have found opportunity here. I think that is an important story to tell.”

Daughter Rosalind, 7, is another big motivation for Arnett.

“When I look at SOAR, I think about my daughter,” he says. “We are going to see a region where she has opportunity, here. She is going to have opportunities for an economically relevant education because we are making big strides in workforce development.  She is not going to be forced to get a traditional job in a large city if she gets a four-year degree. Because of our connectedness, she will have limitless opportunities to be part of a global-digital economy through entrepreneurship or a career of her choosing and won’t have to leave here to have a good job.

“She will not hear, like many of us have, if you want to stay here, be a nurse, be a teacher, or work in the mines. Although those three options are great options, there are not enough of those jobs for the million people who live in Appalachian Kentucky.  The alternative to those three options, which many generations have taken because of our lack of economic opportunity, is a lifetime on government assistance. That’s not the 21st-century Appalachia we envision.”

This month, SOAR will celebrate its fourth birthday. In August, the organization hosted its fourth Summit, an annual event that attracts around 1,000 people to discuss the more than 100 projects now underway to improve the region.

Area colleges, for example, are providing programs to take advantage of emerging opportunities.

“Our Fiber Optics Training Program began in 2015, a direct result of the need for qualified optic technicians to lay the miles of dark fiber coming into eastern Kentucky through Kentucky Wired,” says Kelli Chaney, dean of career education and workforce development at Big Sandy Community and Technical College.

To date, 169 people have completed the program that is certified by the National Fiber Optics Association.

East Kentucky Power Cooperative and its owner-member cooperatives are partnering with SOAR, Morehead State University, and other organizations to create SOAR-STEM, an initiative to provide 100 teachers in 22 eastern Kentucky counties with specialized training to provide enhanced math and science instruction in Appalachia. So far, 64 teachers have received scholarships to become National Board Certified through SOAR-STEM (science, technology, engineering, and mathematics).

Government has also stepped in to help. A dentist recruitment program is a good example. Dental students from eastern Kentucky or those who choose to practice in the region are eligible for loan forgiveness. To see more examples, go to www.soar-ky.org/impact.

But it is not one or even the collective impact of these projects that Arnett says is the most important element SOAR brings.

“Hope is the biggest contribution SOAR makes,” Arnett says from the modest conference room overlooking downtown Pikeville. “Through SOAR and our collective vision, people see that they don’t have to accept the way things have always been. They can create change.

“The culture is shifting. There are so many partners coming together. The ideas are starting here. The future is in our hands.”