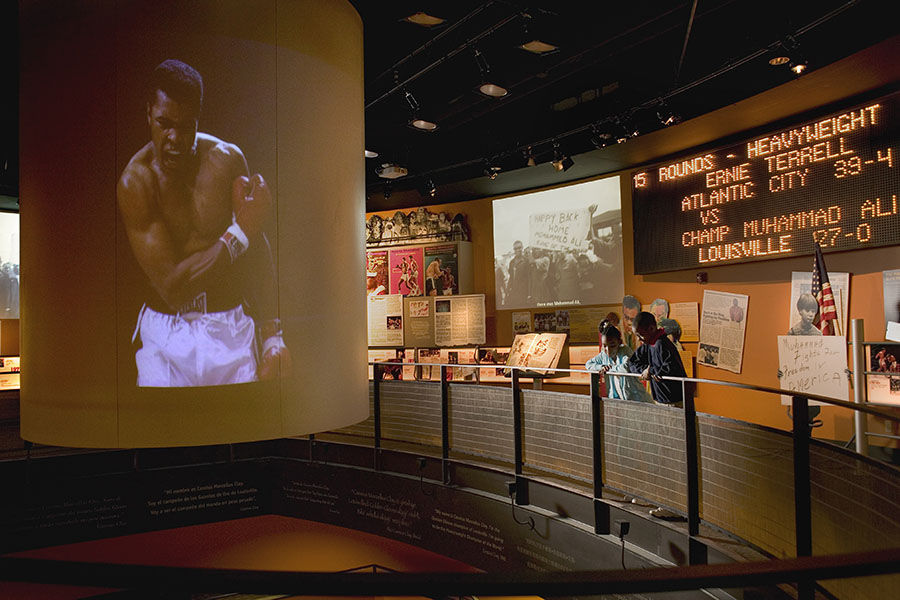 Cup of Love
In a 1972 interview with David Frost, Muhammad Ali was asked how he would like to be remembered. This is what he said:

He took a few cups of love.
He took one tablespoon of patience,
One teaspoon of generosity,
One pint of kindness.
He took one quart of laughter,
One pinch of concern.
And then, he mixed willingness with happiness.
He added lots of faith,
And he stirred it up well.
Then he spread it over the span of a lifetime,
And he served it to each and every deserving person he met.

Read: The Champ in All of Us

Kentuckians talk Ali
Well-known Kentuckians explain what Ali means to them and how he was, as one describes, “a symbol for the principles he stood for.”

Ali birthday-related events
The Muhammad Ali Center in Louisville will host and facilitate activities January 14–17 in conjunction with what would have been Ali’s 75th birthday on January 17. Visit www.alicenter.org for more information and details about all programs and observances.