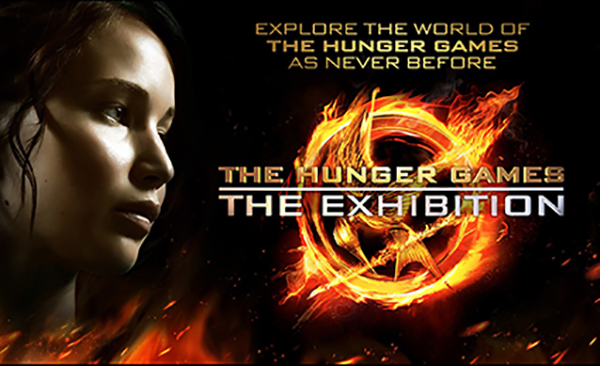 LOUISVILLE —Oscar-winning actress Jennifer Lawrence does not publicize her visits home to Louisville, but her hometown history museum is promoting a blockbuster exhibit featuring the film franchise that helped make Lawrence a household name for movie fans of all ages.

The Frazier History Museum, in association with Lionsgate and Imagine Exhibitions Inc., will welcome visitors to The Hunger Games: The Exhibition, opening April 1, 2017, at the museum in downtown Louisville. Lawrence starred as Katniss Everdeen in The Hunger Games film franchise.

“The Hunger Games: The Exhibition not only delivers a stunning interactive experience for guests, it also offers them a way to celebrate their hometown hero’s success,” said Frazier History Museum President Penny Peavler. “We are excited to bring a blockbuster exhibit to Louisville that could both ignite the spirit of the people of Kentucky and drive regional tourists to Louisville’s Main Street and downtown hotels.”

The Hunger Games:  The Exhibition invites visitors to step inside and explore the world of Panem as created in the films. More than 1,000 authentic costumes and props, high-tech and hands-on interactives, and detailed set re-creations reveal the artistry and technology that brought the story to life. Visitors follow Katniss Everdeen’s inspirational journey, from her humble beginnings in District 12 to her emergence as the Mockingjay. The exhibition features seven galleries, including District 12, Tribute Train, The Capitol, Making the Games, District 13, Fan Gallery, and Katniss’ Journey.

Louisville marks the exhibition’s 4th tour stop after its global premiere in New York City, with subsequent stops in San Francisco and Sydney.

Tickets are now on sale with individual tickets starting at $26. A discounted four pack of tickets for both families and individuals is available starting at $90. Contact the Frazier Museum directly for student and group discounts.

For more information or to purchase tickets, visit TheHungerGamesExhibition.com or FrazierMuseum.org.