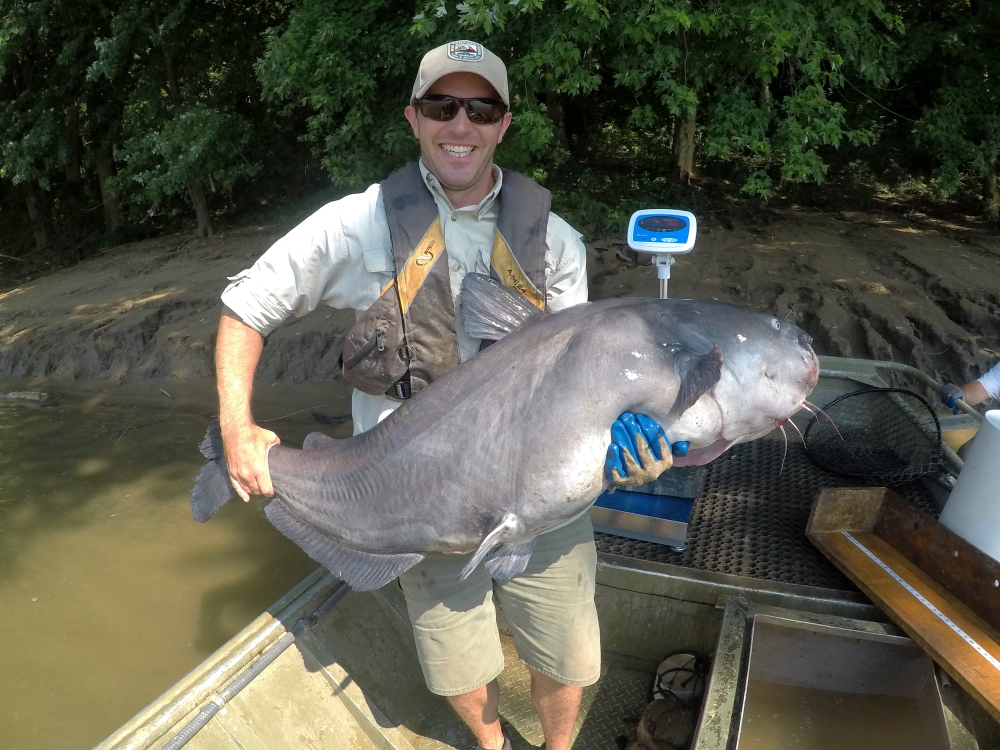 FRANKFORT (Oct. 4, 2018) — The Kentucky Fish and Wildlife Commission has proposed new regulations establishing statewide limits on trophy catfish and proposed tightening existing regulations on the commercial harvest of large catfish and their use by pay lakes. Commission members, at their Sept. 28 quarterly meeting, also approved three wildlife studies of bears, bobcats, and otters.

Most commission actions must be approved by legislators before they become law.

A proposal approved by the commission would limit anglers to one trophy catfish of each species a day. This trophy regulation, already in place on the Ohio River, would expand statewide. Anglers could keep one blue and one flathead catfish 35 inches or longer, and one channel catfish 28 inches or longer each day. Anglers could still keep an unlimited number of catfish shorter than trophy length, except on waters with special regulations for catfish.

The new trophy fish limits would also apply to anglers who hand grab, or “noodle” catfish, except where special regulations apply.

The proposals are part of an effort to provide greater protection for trophy catfish by restricting their harvest. A 2013 survey of catfish anglers in the state showed that 75 percent would not oppose stricter regulations on trophy catfish.

As part of the protective effort, commission members also proposed revising several regulations governing the commercial harvest of catfish from the Ohio River. These include:

In other business before the commission, members approved studies to gauge the abundance of river otters and bobcats in Kentucky; and one to determine the density of black bears around the Big South Fork National River and Recreation Area in southern Kentucky.