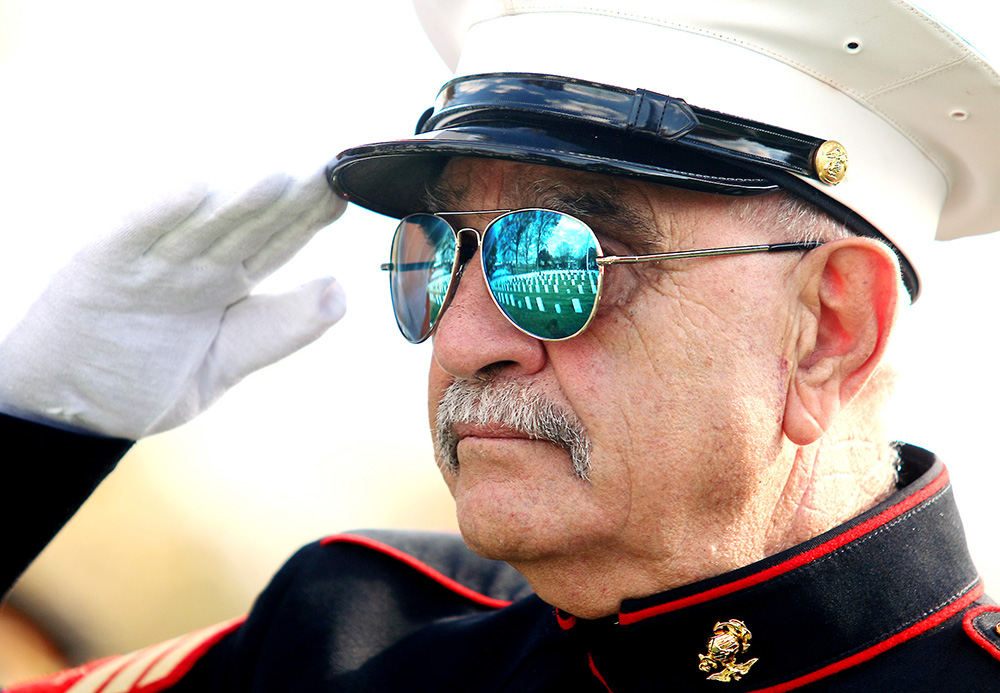 Members of the Marion County Veterans Honor Guard (MCVHG) use these unforgettable gestures to make sure military veterans are never forgotten and to convey something even more powerful—respect, honor and gratitude—for each veteran.

“We’re all former military, and we are there to honor that person and help the family through that period of time,” says Otha Allen, vice commander of MCVHG.

Allen explains how the organization works: Members of the Honor Guard greet the veteran’s family and escort them to their seats. A bugler plays Taps. Other members provide a gun salute and later even pick up the casings and present them to the family. If requested, MCVHG members will conduct the service or help plan it—whatever the family wants or needs. An American flag is folded and presented to the family.

Typically, about 15 members of the Honor Guard serve at each funeral—some 2,500 funerals since the group was chartered. Most MCVHG members are in their 60s to their 80s. Founding member Jim Bob Moore is 92 and a World War II vet. He is “delighted that the Honor Guard is not only still serving but has continued to thrive as well.”

“We have the upmost respect for the deceased,” says Allen, “and we try our best to provide military honors to the family with all the respect and dignity they deserve.”