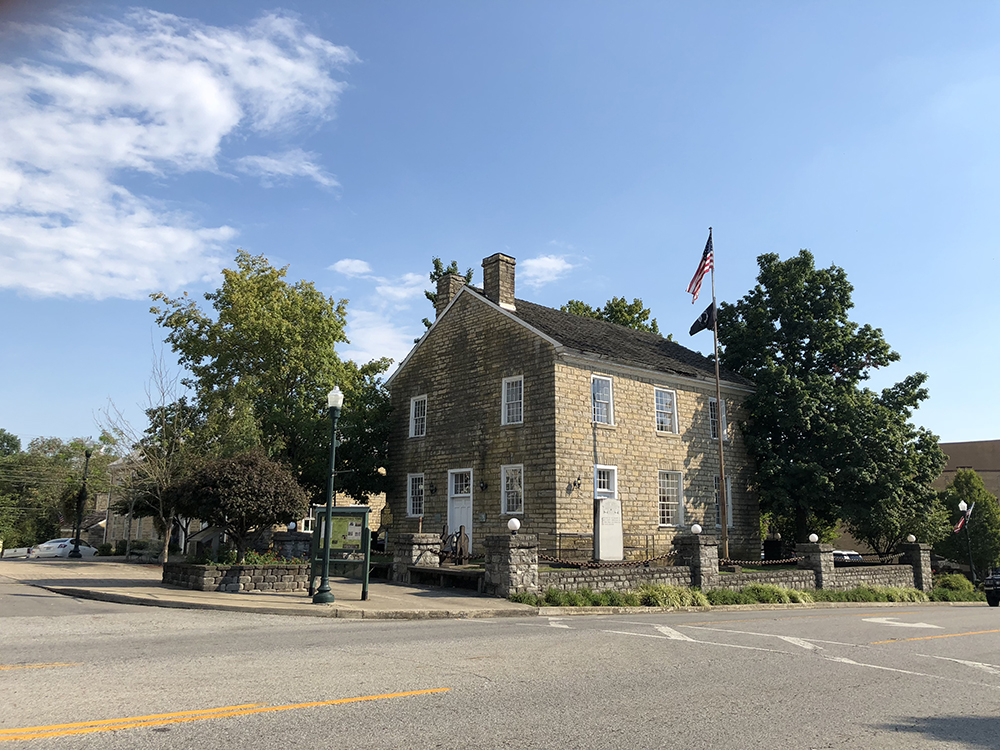 The Greensburg courthouse on town square, known as “the oldest courthouse west of the Allegheny Mountains,” is showing its age. Built in 1804 of native limestone with 22-inch thick walls, its 214 years of service now plead for restoration. The roof leaks, the 16 window sills have rotted and its beautiful interior and ﬁreplace need repairs.

County Judge John Frank declared July 14 through the remainder of this year a campaign to raise the estimated $100,000 for restoration. Green Countians have responded in three months with over $10,000. It is hoped $50,000 will be donated before winter so a new roof can be in place to prevent further damage.

In support of this goal, Harold and Linda Puckett have donated a primitive American Chestnut dresser and mirror to be sold to the highest offer received through U.S. Postal Service by December 5, 2018.

Puckett says, “The dresser was made during the Great Depression when Illinois farmer William Carey Haney found it necessary to give up farming and move to Oklahoma to work in the oil ﬁelds. He had read that the blight of the American Chestnut tree started in 1904 in New York, in what today is the Bronx Zoo.”

The blight was spreading an air-borne bark fungus 50 miles per year and in only a few decades it had killed up to three billion American Chestnut trees. Puckett explains that Haney decided to cut his American Chestnut tree and make the dresser so his family would always have a part of his southern Illinois farm.

Puckett says, “The dresser is well made with three beautifully grained drawers. Handmade wooden bolts attach the mirror to the dresser. Dimensions are 31 inches in height, 21-1/4 inches in depth and 41-1/2 inches wide.”

If you are interested in owning a rare piece of American Chestnut furniture please mail by December 5, 2018, your bid (minimum bid is $200) and your phone number to: Linda Puckett, 300 Academy St., Greensburg, KY 42743. The winner with the highest offer will be contacted by phone on December 15, 2018.