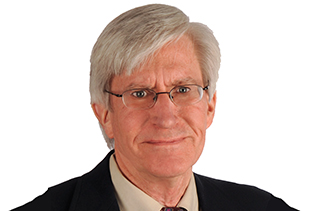 An experiment in Germany offers lessons for anyone affected by today’s national debates over energy, coal, and the environment.

If you live in Kentucky, that means you, since nearly all the electricity you use is made by burning coal.

About 10 years ago Germany set out on a massive plan to reduce the greenhouse gases blamed for global warming, by slashing the use of coal in favor of wind, solar, and other renewable energy.

I’ll summarize what happened, then you can get more details in The Future of Electricity.

In Germany, electricity prices have skyrocketed. The subsidies required to make renewable energy a reality have added $22 to every $100 of electric bills. The country is struggling to build all the new transmission lines needed to ship electricity from solar and wind farms. And last year a new coal-based power plant began producing electricity. Ten more coal plants have been approved for construction.

Another part of this month’s magazine offers a relevant perspective. The quotation at the bottom of page 9 argues that it will be at least a century before the world can truly convert to renewable energy. It comes from a feature in Wired magazine, that contends that since the reality is that coal will be producing a large share of the globe’s electricity for a long time, we should devote research and development into figuring out how to use it in ways that will address goals for cost and reliability as well as environmental concerns. The story described in-depth work being done in China to develop carbon capture and storage technology that will collect greenhouse gases before they leave the coal plant, and store them underground.

Use of renewable energy is increasing. Continuing that progress requires getting past sloganeering and the promise of easy answers. Our energy future calls for facing reality.