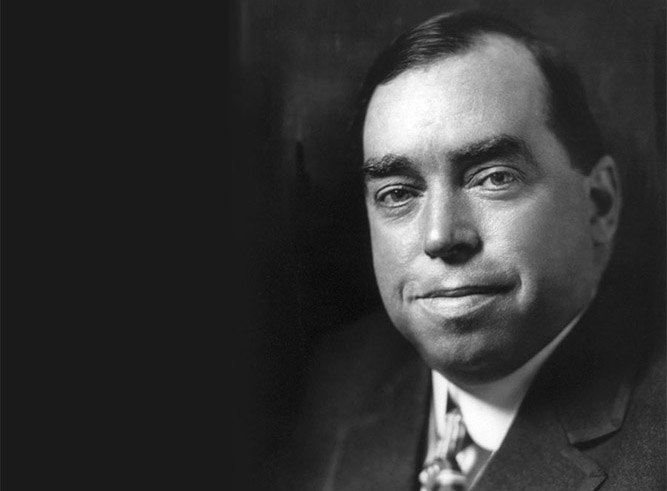 Oh the times, they are a changin’. One only has to look back upon the entertainment industry of days gone by to see this ever so clearly, as many of the characterizations and situations portrayed then are now politically incorrect. Such is the case with humorist Irvin Cobb, whose life and career is chronicled by William E. Ellis, Foundation professor emeritus at Eastern Kentucky University, in Irvin S. Cobb: The Rise and Fall of an American Humorist, (University Press of Kentucky, $45).

Cobb was born in 1876 to Joshua and Manie Saunders Cobb and raised in Paducah. Manhood began early as his father’s alcoholism forced him to quit school at age 16 to provide for his mother and three siblings. Cobb’s father can be credited, however, with securing him a job at the Paducah Evening News, a position that kicked off a lifetime career of writing success. By 19, Cobb was editor of that paper, and by 21, he was covering a local crime story for the Chicago Tribune. Seven years later, the call of big city news found Cobb in New York City where his story-telling gift gained him fame and fortune as a journalist, then as a humorist writing short stories for leading magazines, and later a scriptwriter and actor in silent movies.

Cobb’s brand of humor would be found racist, demeaning, and far from acceptable today, but was well-received in the 1920s. His stories were a reflection of his Southern upbringing and a commentary of the times. A former editor of Cobb’s, Charles Chapin, once said, “My only quarrel with Cobb was that he insisted on posing as a humorist. His idea was to turn even the most serious and tragic happening into a laugh.” Cobb’s views on race would later contribute to the demise of his career.

Aside from this character flaw, Ellis lauds Cobb’s contribution to journalism. “His record as a journalist of the early 20th century, particularly his coverage of the early months of World War I, exemplified the era of the ‘great reporter.’ Cobb’s record as a multitalented writer and performer is unmatched in his time.” Cobb authored 69 books and was inducted into the Kentucky Writers Hall of Fame in 2017.