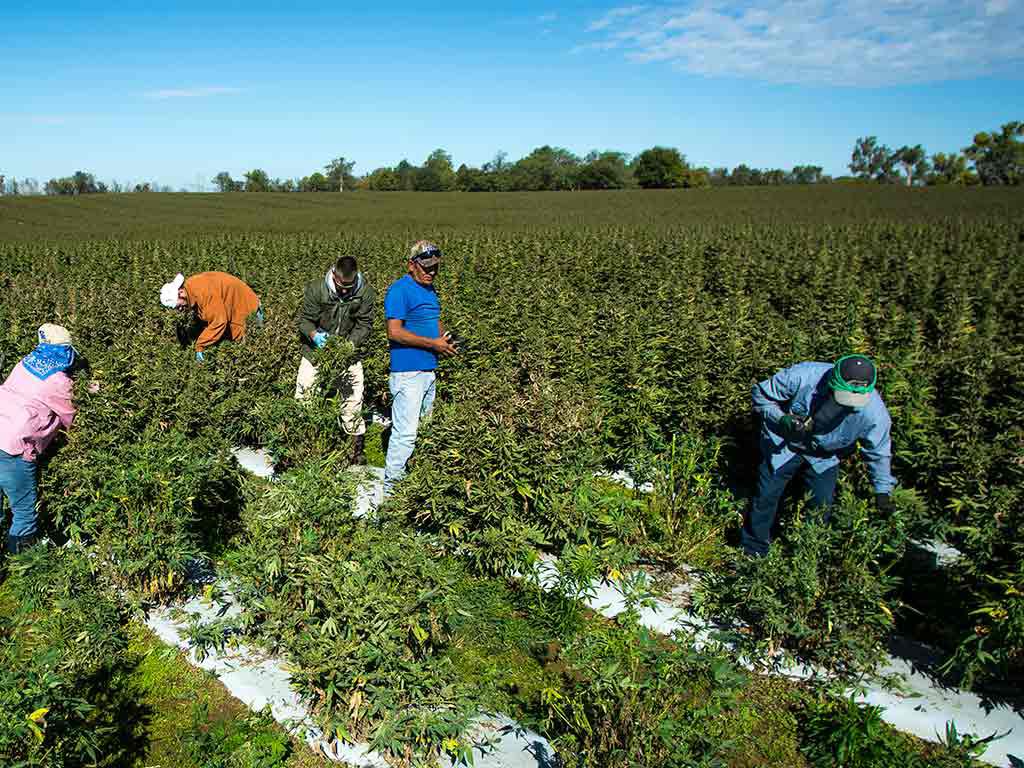 When he was interviewed late last September, it was too soon for David Williams, an agronomist who directs the University of Kentucky’s Hemp Research Program, to tell which of the 10 hemp varieties he tested during his 2015 cultivation trials fared best, because not all harvests were complete at that point.

However, Williams says that “anecdotally, I’ll note that I don’t see giant differences among the ones that we tested this year. But I will also note that the sample size was very small. We’re limited in scope by funding. We’re very hopeful to expand in scope next year, with more varieties.”

The 10 varieties of hemp tested by the University of Kentucky in 2015 hailed from Canada, Poland, Hungary, France, Germany, and Italy, Williams says.

Based on his research to date, Williams shares these thoughts on successful hemp growing strategies and information about the typical hemp-growing season in Kentucky:

“So if you’re growing it for fiber, the optimal fiber quality is obtained by harvesting the hemp at the onset of flowering, never allowing any seed to be produced. So we would like to take advantage of the maximum vegetative growth period, and we would want to plant that early, and would probably be harvesting sometime in August, for fiber only,” Williams explains.

He recommends waiting to plant the hemp fiber crop until after Kentucky’s last frost of the season, which is typically around late April or early May. “Depending on the forecast, you might be able to get a good crop going in late April. You would definitely be shooting around the first of May for a fiber-only crop,” he says.

“And then, for a grain production, depending on the latitude of the origin of that particular variety, you may wait as late as June to plant a grain crop, which in one way is wonderful. That allows it to fit directly into a common double-cropping system in our part of the world where a hemp-grain crop could easily follow a wheat crop. That’s commonly done today with soybeans and wheat. We plant wheat in the fall and harvest it in May or June, and then plant soybeans directly in that same field behind the wheat harvest.

“And so, theoretically at least, hemp grown for grain and derived from the appropriate part of the world where the latitude is close to ours, would allow a hemp grain crop to be used in a double-crop system here in Kentucky,” Williams says.

He notes that planting a hemp crop for grain in April could be a mistake: “The plants could be way too large to harvest efficiently. We like to manage the plant size with the grain varieties by delaying the planting date to not allow them toget too tall.”

For more information on hemp in Kentucky, read Industrial Hemp Returns to Kentucky.