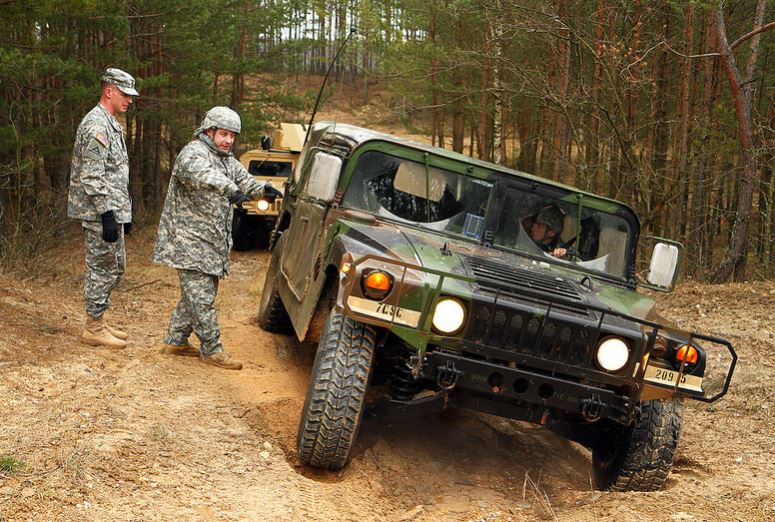 Sgt. 1st Class Gregory A. Wirth, a master driver with the 209th Digital Liaison Detachment, 7th Civil Support Command, advises Spc. Brian Crabtree with the 457th Civil Affairs Battalion how to recover a stuck Humvee during a drivers training course at Citizen Response 15 in Grafenwoehr, Germany, March 6. Wirth, from Panther, Valley, Pennsylvania, is one of over 150 Soldiers participating in the event as a part of the 7th CSC yearly Annual Training. (Photo Credit: Spc. Glenn Anderson (USAREUR))

“It is basically taking care of a problem that was brought to me by one of my constituents,” said Sen. Stephen West, R-Paris.

West told committee members the bill would give citizens who purchase certain military surplus vehicles a way to make them street legal. The bill would set up a way to get them licensed, titled, and ensure that they’ve been retrofitted as needed and have seat belts installed.

The bill now goes to the Senate for full consideration.