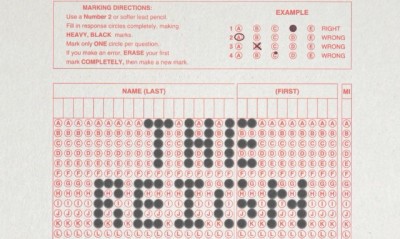 While most students were at home relaxing over the holiday break, more than 15 WKU students, alumni, and faculty worked on a proof of concept film called The Reign, written by WKU film professor Luke Pennington.

The film focuses on a homeless teenager who blackmails his way into an elite boarding school following a fistfight with the headmaster’s son. He unwittingly becomes involved in a cat-and-mouse game between the vindictive headmaster and a power-hungry history teacher, as both adults attempt to gain control of the school.

“Sometimes, for the young and the poor in this country, in order to make it they find themselves forced to break every rule in the book,” said director Alberto Saenz. “We wanted to come up with a style of shooting that was in a way as rule-breaking as the characters in our movie itself.”

“A couple years ago we came up with this brand new shooting technique called the bureau method, which allows us as directors the ability to strategically hide and build GoPro cameras into the actual set,” said director Will Goldstein.

In order to capture a rule-breaking style and authentic acting, the directors took an avant garde approach. The Reign became the first film of its kind to be shot entirely on hidden GoPro cameras.

The cameras are hidden in everyday objects such as books, trashcans, fire alarms, and tote bags. The actors were in a completely authentic set isolated from the distraction of massive cameras, towering lights, or boom microphones. This non-intrusive environment sped up the process of filming and what would have taken a couple days to shoot became one day of shooting.

“I really can’t think of any method that better captures what we are trying to tell, it really excites me to see how far this could go,” Saenz said.

Though the story of The Reign takes place in a high school and not in the political landscape or a king’s royal court, the themes of unchecked ambition and power are similar to those in a bigger arena.

“Personally, I don’t believe that cinema should concern nice people doing nice things for nice reasons; cinema, to me, is about flawed people doing selfish things for what they believe to be the right reasons,” Pennington said. “In the case of The Reign, the characters are fundamentally selfish, and each character is controlled by a central idea: pride destroys.”

The directors of the film enlisted the help of WKU students to help make the film a reality. Before filming began, students gathered materials to create private school classrooms on campus in Cherry Hall and a dorm room in Mass Media & Technology Hall. The whole space transformed into a movie set creating everything from props, to rearranging entire rooms, students found a distinct look for the film.

“Leading up to the production I went out and found things yellow and square that fit the scene but helped to build the story,” said student Tori Mills. “They asked us to make a cork board filled with failed tests and with extreme detail on every test we circled the wrong answer. The tests showed a flaw in our educational system where standardized tests have so much control over a student’s life.”