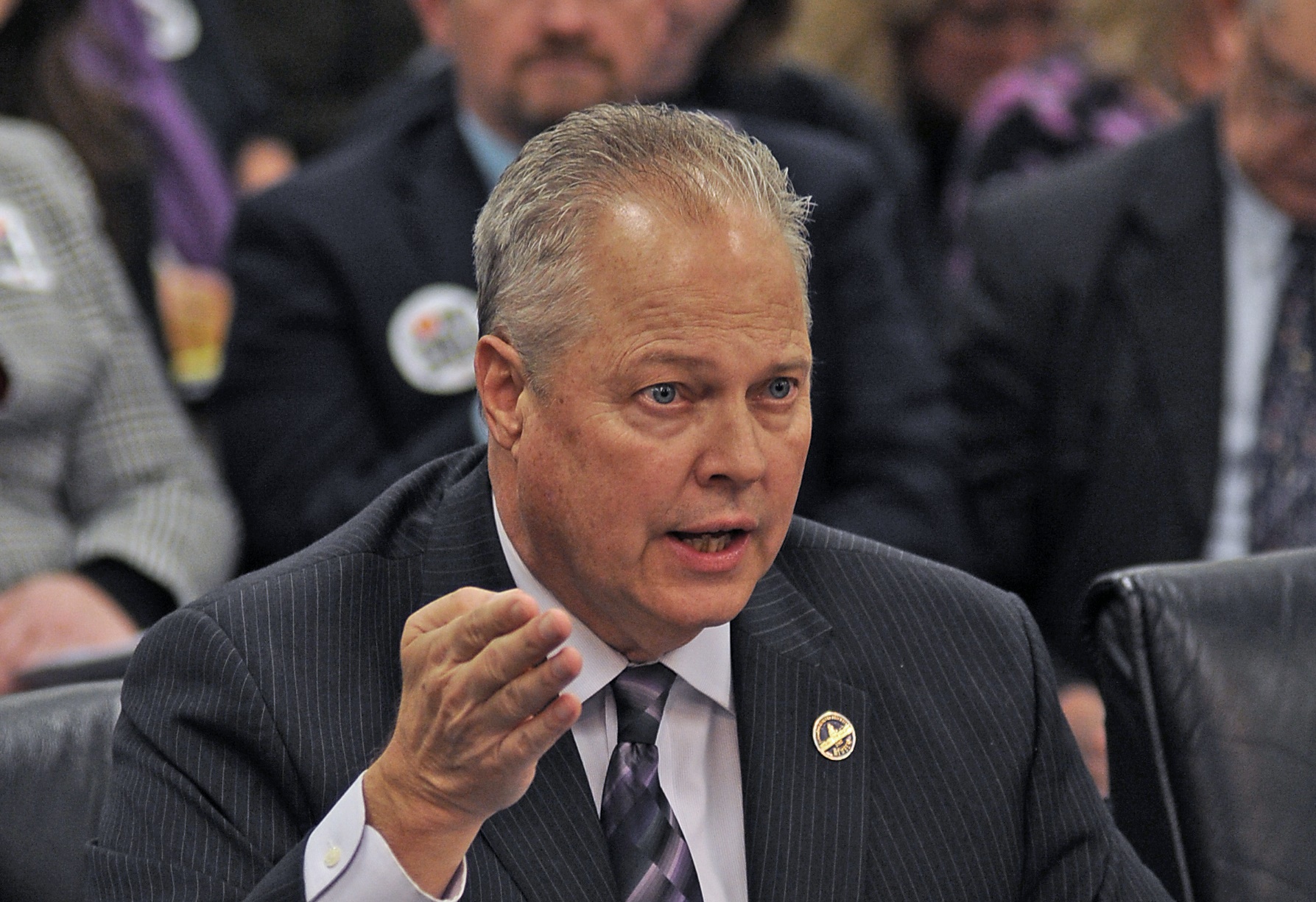 FRANKFORT–The Kentucky Senate passed a measure today that could result in the rewriting of public school lesson plans and tests in favor of a locally centric form of educating.

After the approval of Senate Bill 1, dubbed the Let the Teacher Teach Act, Sen. Mike Wilson, R-Bowling Green, hailed the moment as the day in which Kentucky set a successful course for its public school curriculum.

“Our No. 1 resource is our children,” said Wilson, the primary sponsor of the bill. “They will be the future leaders sitting here one day when we are gone.”

Wilson said the federal Every Student Succeeds Act of 2015 paved the way for the passage of SB 1 in Kentucky. The federal act stated that states do not have to follow Common Core, a set of academic standards in mathematics, English language, arts, and literacy. Wilson said SB 1 would take advantage of this development by empowering state education officials, locally elected school board members, and teachers to decide the best teaching methods for their communities. In essence, it could change what students are taught and how.

Wilson said SB 1 would “purge” language from a series of federal education initiatives going back nearly two decades, including the No Child Left Behind Act and Race to the Top, that has left state education law an unmanageable patchwork of education theory du jour.

This doesn’t mean Kentucky is abandoning quality control, Wilson said. The more than 100-page-long SB 1 is an omnibus measure that would utilize Kentucky teachers to create new standards that are rigorous and ensure students are prepared for the industries operating in their communities. The bill sets up several committees and advisory panels to review the standards.

SB 1 would also change how students are tested. Wilson said local educators would be able to align what is taught with what is tested. He said it would allow teachers to stop wasting valuable learning time “teaching to the test,” a colloquial term for a teaching style that is heavily focused on preparing students for a standardized test.

Wilson said SB 1 further empowers teachers by replacing school self-evaluations called Program Reviews that bog down educators with onerous paperwork. It would also set up a new way for intervening in low-performing schools by placing more power in the local school district during those interventions.

“It allows educators to do what they feel like that are called to do, and love to do, which is teach our children,” he said. “Teachers invest in our future–and nobody does it better.”

Senate Majority Floor Leader Damon Thayer, R-Georgetown, said the measure picked up votes this year because of the collaborative approach of Wilson, who chairs the Senate Education Committee. Wilson said he was aware he had talked extensively about education reform to anyone who would listen–and some that probably didn’t want to listen–for the last two years.

Passages of the measure were changed to alleviate last year’s concerns from Kentucky’s arts community that high schoolers would be able to meet arts credit requirements by taking classes such as computer programming. Also gone from the measure is language that would have created “bands” of similar schools that would be used for comparing academic growth.

“The reason you don’t see anyone standing to question this bill at this point is because this bill has been explained in detail to each and every one of us separately from this day and we have had our questions answered,” he said. “Because of that, we are in strong support of this bill.”

“This is exactly how this body should function,” Neal said. “(Wilson’s) approach to this was to include individuals in the process. But the most remarkable thing he did was to listen, and he listened well.”

SB 1 now advances to the state House of Representatives for considering.