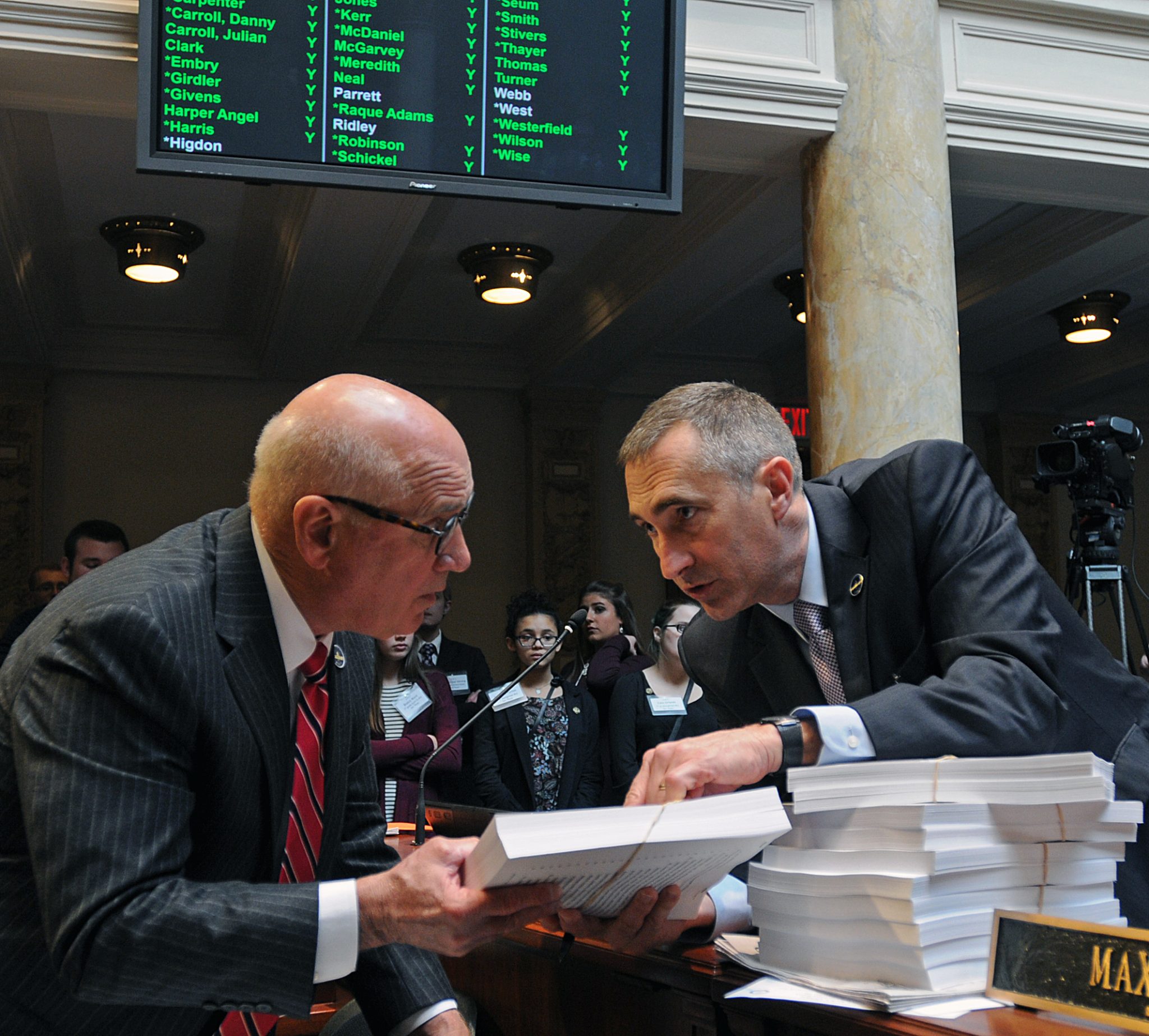 FRANKFORT—Headlines in recent days have made it clear that Kentucky’s problems with heroin, other illegal opioids, and prescription drug abuse continue to take lives and devastate communities at a shocking rate.

In-state newspapers have recently reported that more than 52 drug overdoses occurred over a 32-hour period in Louisville, and nine overdose calls came in over 12 hours in Madison County. A national publication reported that one rural Kentucky county filled enough prescriptions over 12 months to supply 150 doses of painkillers to every person in the county.

The same conversations held across the state about the way the drug crisis is impacting the court system, police, healthcare workers, treatment facilities, social workers, prison officials, and families are also being held in the State Capitol. Those deliberations resulted in a number of bills aimed at addressing the issue, including several bills that took steps forward in the legislative process this week.

On Tuesday, the Senate approved Senate Bill 14, which is aimed at getting drug dealers off the streets by strengthening penalties for trafficking in heroin and fentanyl, a powerful synthetic opioid. Under the legislation, which was approved on a 36-0 vote, trafficking in less than 2 grams of these substances would be elevated to a Class C felony punishable by five to 10 years in prison.

Later in the week, a pair of bills addressing the drug crises were also approved in the House committees.

House Bill 333 would make it a felony to illegally sell or distribute any amount of fentanyl, carfentanil–a powerful opioid intended for large animals–and related drugs. Trafficking any amount of these drugs could result in up to 10 years in prison under the legislation. The bill would also restrict prescriptions for some painkillers to a three-day supply, though exceptions would be allowed in some circumstances. House Bill 333 was approved by the House Judiciary Committee and now goes to the full House for consideration.

The House Education Committee approved House Bill 145, which would help fight opioid addiction by requiring that public school students be educated about the dangers of prescription pain killers and their connection to addiction to heroin and other drugs.

Bills on other issues that advanced in the General Assembly this week include the following:

• Senate Bill 1 is a sweeping education reform measure that sets the course to change educational standards and accountability for public schools. The more than 100-page-long bill is an omnibus measure aimed at empowering state education officials, locally elected school board members, and teachers to decide the best teaching methods for their communities. It would set up several committees and advisory panels to review educational standards. The bill would change how students are tested, and it would also set up a new way for intervening in low-performing schools by placing more power in the local school district during those interventions. The bill passed the Senate on a 35-0 vote and now goes to the House for consideration.

• House Bill 14 would give police, firefighters, and emergency medical services personnel protection under the state’s hate crime statutes. Under the bill, those who assault, kidnap, or commit certain other violent offenses against first responders could face stricter sentencing in court. Currently only the legally protected classes of race, color, religion, and national origin, as well as sexual orientation, are covered under the state’s hate crime statute. House Bill 14 passed the House on a 77-13-1 vote and has been sent to the Senate.

• Senate Bill 78 would require public schools across Kentucky to go smoke-free by next school year. The bill would outlaw the use of all tobacco products, including electronic cigarettes, on elementary, middle, and high school campuses in addition to buses. The bill was approved by the Senate on a 25-8-2 and has been sent to the House.

• Senate Bill 75 would increase the amount donors can contribute to election campaigns. Under the legislation, individuals and political action committees could donate $2,000 in the primary and general elections in Kentucky–up from the $1,000 limit. The bill passed the Senate on a 27-10 vote and has been delivered to the House.