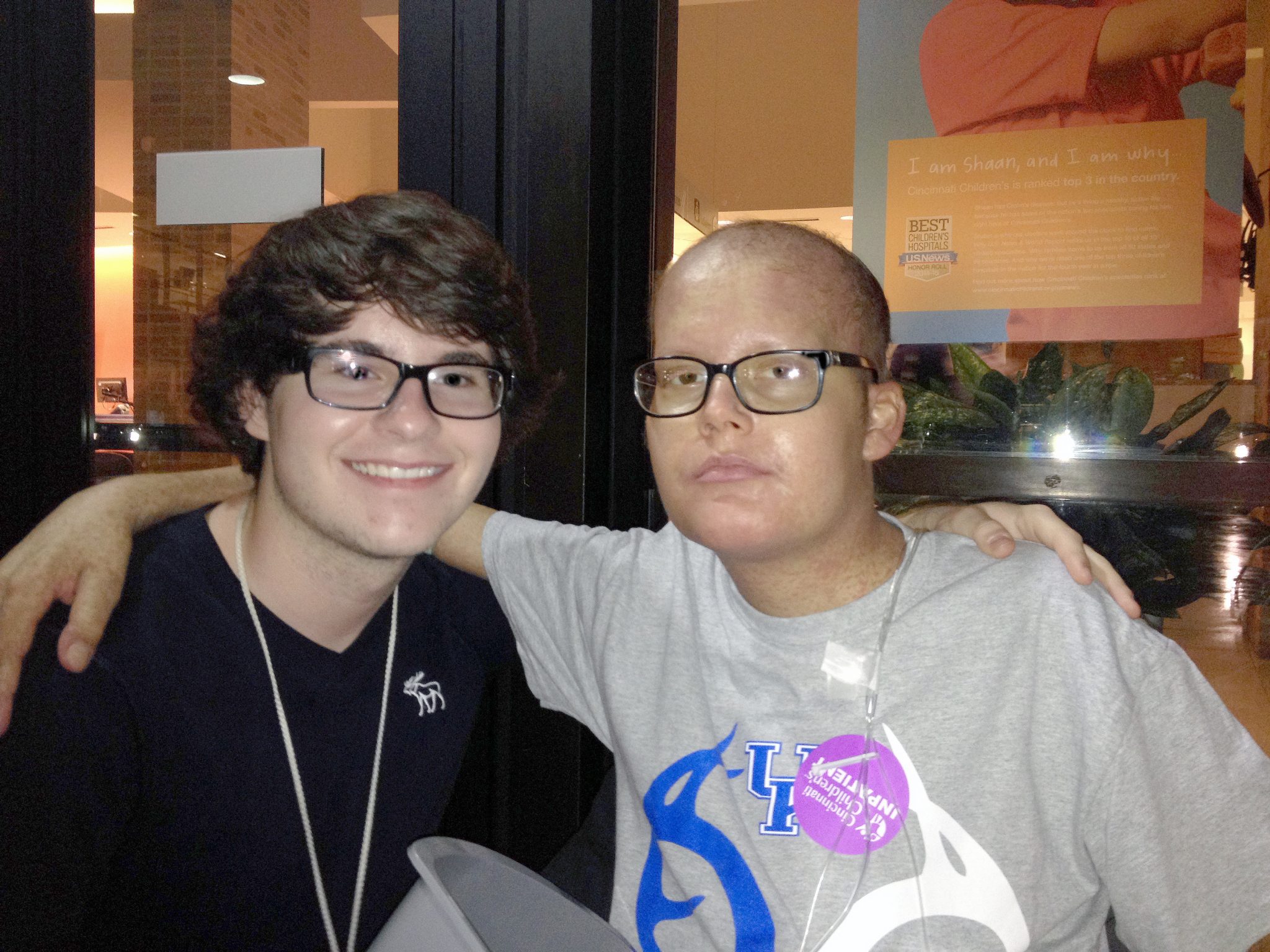 Who Powers You? For thousands of people in Jackson County, Laurel County, and beyond, the answer is Linda Ealy and Zachary Johnson.

Members of Jackson Energy cooperative, Ealy and Johnson were national finalists in the Touchstone Energy “Who Powers You” contest. Electric cooperative members were asked to nominate someone from their local community who inspires them.

Ealy was nominated by her daughter, Lindsey Gay, for her care of Gay’s 16-year-old brother, Isaac. Isaac suffered a traumatic brain injury in an ATV accident last July.

Johnson was nominated by his mother, Beverly Johnson, for the unselfish care he helped provide for his brother, Eric. Eric passed away in 2014 after spending a year in the hospital fighting leukemia.

They were among the 62 people from across the country whose stories of giving, caring, and community support were shared through the contest. Three prize winners and seven finalists were selected by a committee of independent judges.

“I’m humbled,” Ealy says while sitting with her son at the family’s kitchen table. “I don’t think there is anything I’m doing different than any good mother would do if they were faced with the same challenges. Isaac is the true hero… We’ve chosen to keep a positive attitude and to work for the best possible outcome… We are people of faith.”

The family’s faith has been tested but has not wavered since the accident. Isaac spent 36 days at the University of Kentucky hospital, much of that time in the trauma Intensive Care Unit. He then spent almost nine weeks at the Frazier Rehab Institute in Louisville.

Zachary Johnson’s unwavering support for his brother was an inspiration to his family and friends. Zachary rarely left his side as Eric battled leukemia, and now he is studying to help others with a career in the medical field.

“Zachary is now finishing up his fourth semester of college and plans to be an oncology nurse,” Beverly Johnson writes in her nomination. “He also works full time as an assistant manager at a local clothing store and recently married…He is a dedicated person.”

Johnson says her son endured so much in helping care for his brother. “This was a time that he should have been out with his friends, but he chose to stay by his side. The love between these two was overwhelming. He is what a brother should be in every sense of the word…He is truly an inspiration.”

The contest included online voting and Ealy earned the highest number of online votes in the contest, while Johnson had the third-highest vote tally. Other criteria included positive impact on the local community and creativity of the entry.

“We were honored to have two Jackson Energy members as national finalists in the contest,” says Jackson Energy President & CEO Carol Wright. “They are just two of many co-op members who provide inspiration to others through the good works they do in our local communities.”

The grand prize winners, Debbie and John Southwell of Honda, Texas, raise funds for abused children and are working to build group homes in their community. Other prize winners were J.C. Brooks from Campton, Kentucky, who spearheaded a campaign to turn an abandoned high school into a community center and senior living apartments, and Jerry and Vickie Morris from Whitesville, Kentucky. They have raised over $200,000 for local charities and built two homes for handicapped residents in their community. For more information on the contest, visit whopowersyou.com.