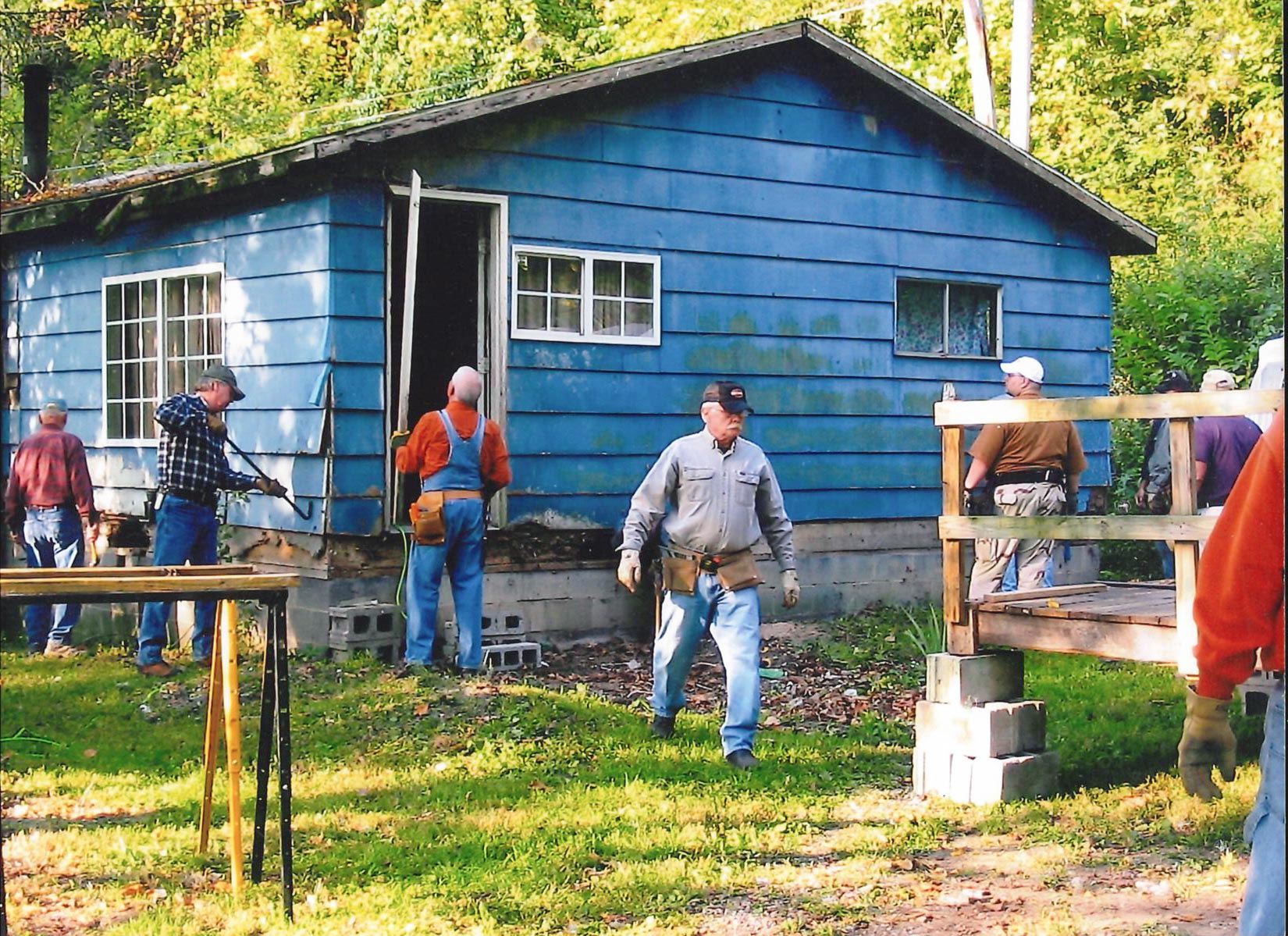 Where there is a disaster, there is likely a Kentuckian helping, according to Jeff Free, coordinator for the Daviess-McLean Baptist Association Disaster Relief, a subsidiary of Kentucky Baptist Disaster Relief.

“Our two crews are part of recovery,” says Jeff, who also is a planner with Big Rivers Electric Corporation.

“We use chain saws to remove trees that have fallen on houses, roadways and driveways, especially for the elderly or those who have health issues.”

Jeff has been all over the world since he began volunteering in 1994— to South Africa twice and most recently to Louisiana after Hurricane Laura. He also has helped at the site of wildfires. In Louisiana, he and his crew helped a Black grandmother with 10 grandchildren after a big limb had fallen on her home.

“We loved them and they loved us,” Jeff recalls. “The whole world is not like what we see on television. I have a big compassion for people who are hurting.”

The Red Bird Mission Work Camp in the Bell County community of Beverly is hardly a dot on any map, but it holds a huge place in Bobby Cotham’s heart.

For 18 consecutive years, Bobby, a field engineer with Gibson EMC, has joined as many as 23 and as few as seven other people for a week to tackle much-needed projects that Beverly’s residents cannot afford to do in the former coal mining town.

Bobby says it’s impossible to choose the most memorable project, but each helps expand someone’s world or makes his or her life better, or sometimes just livable. The team has built handicapped-access ramps that enable people to get out of their home for the first time in years. The crews have rebuilt porches, installed lots of roofs, added rooms, repaired windows and put up decks.

“It is one of the most rewarding experiences,” Bobby says. “Every job is different, but you get to meet these people and by Friday everyone feels blessed.”