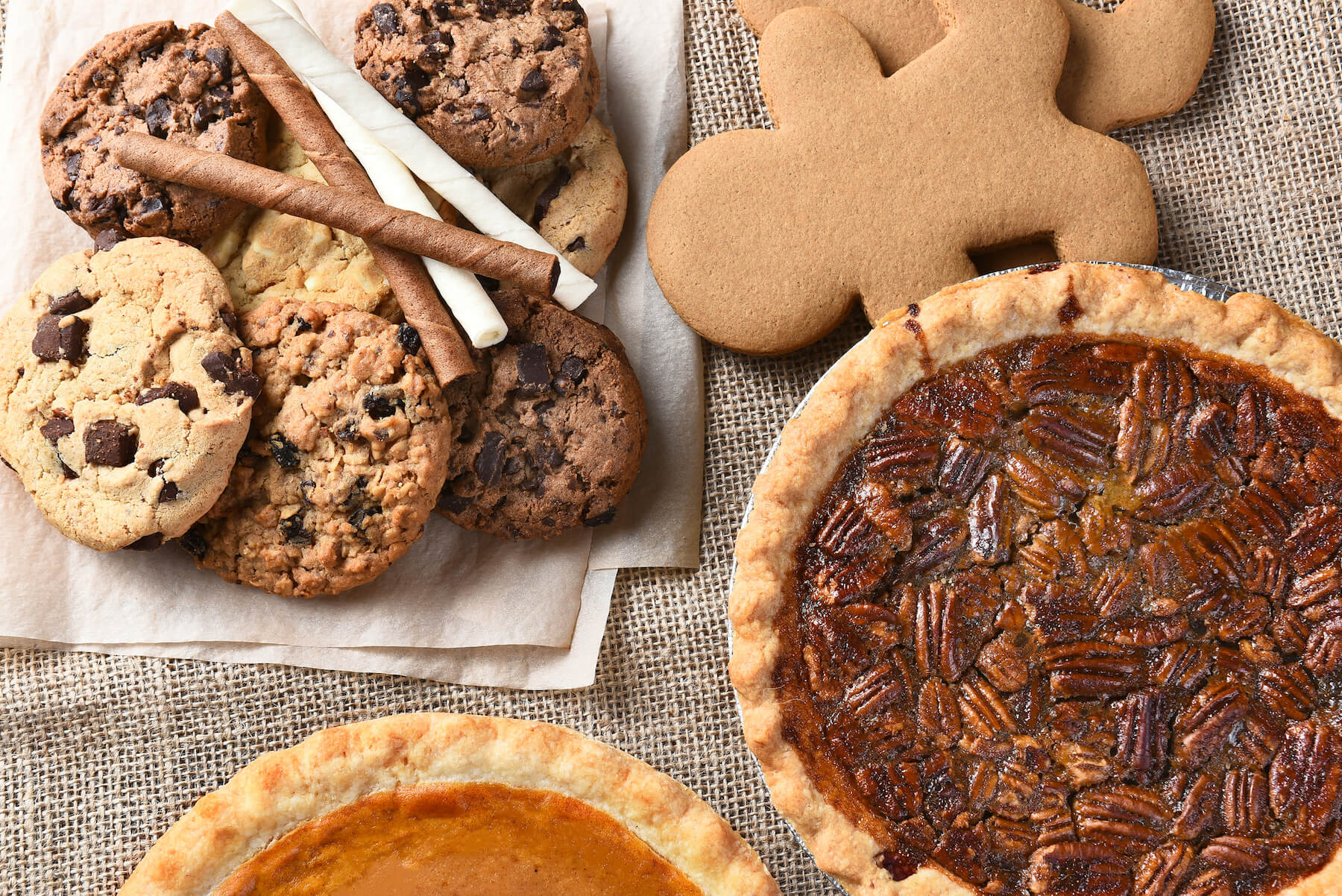 Bake pie shells according to package directions until light golden but not brown, then cool. In a small covered saucepan, cook raisins with water until liquid is absorbed (about five minutes). Allow to cool. In a small bowl, combine brown sugar and flour, then add beaten egg yolks, sour cream, cinnamon, and vanilla. Cook in a double boiler until mixture begins to thicken. Mix in raisins, and divide evenly into the pre-baked piecrusts.

Using an electric mixer, add egg whites to a clean bowl, and beat until stiff, but not dry, gradually adding in sugar. Spread meringue on top of each pie filling, forming peaks with a spatula. Sprinkle lightly with sugar. Bake at 350 degrees until meringue is lightly golden (about 12 minutes).