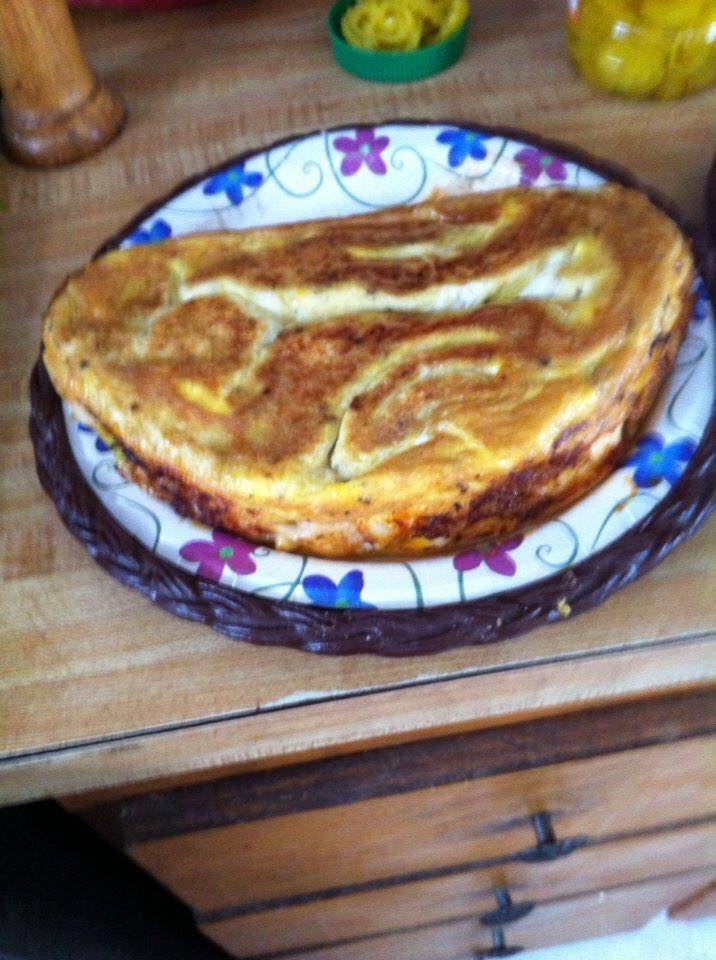 Wash and coarsely chop the spinach. Melt butter in a wide (preferably nonstick) skillet over medium heat. Stir in green onion and cook until wilted, about 2 minutes. Season with salt and pepper. Add spinach and stir often until it is wilted and the water it gives off has evaporated, about 4 minutes. Remove to a plate.

Meanwhile, beat eggs with a little salt and pepper. Pour eggs into skillet and cook until they start to set around the edges. Use a spatula to push the set edge gently toward the center, while tilting the pan to let some of the unset egg fill the little gap you just made. Keep going around the edge of the pan like this, until there is no more unset egg on top.

Crumble goat cheese over the top, sprinkle on sausage, and dot with spinach mixture. Remove from heat, and fold the omelet over to create a half-moon. Let stand 1 minute. Turn onto a plate and cut in half.