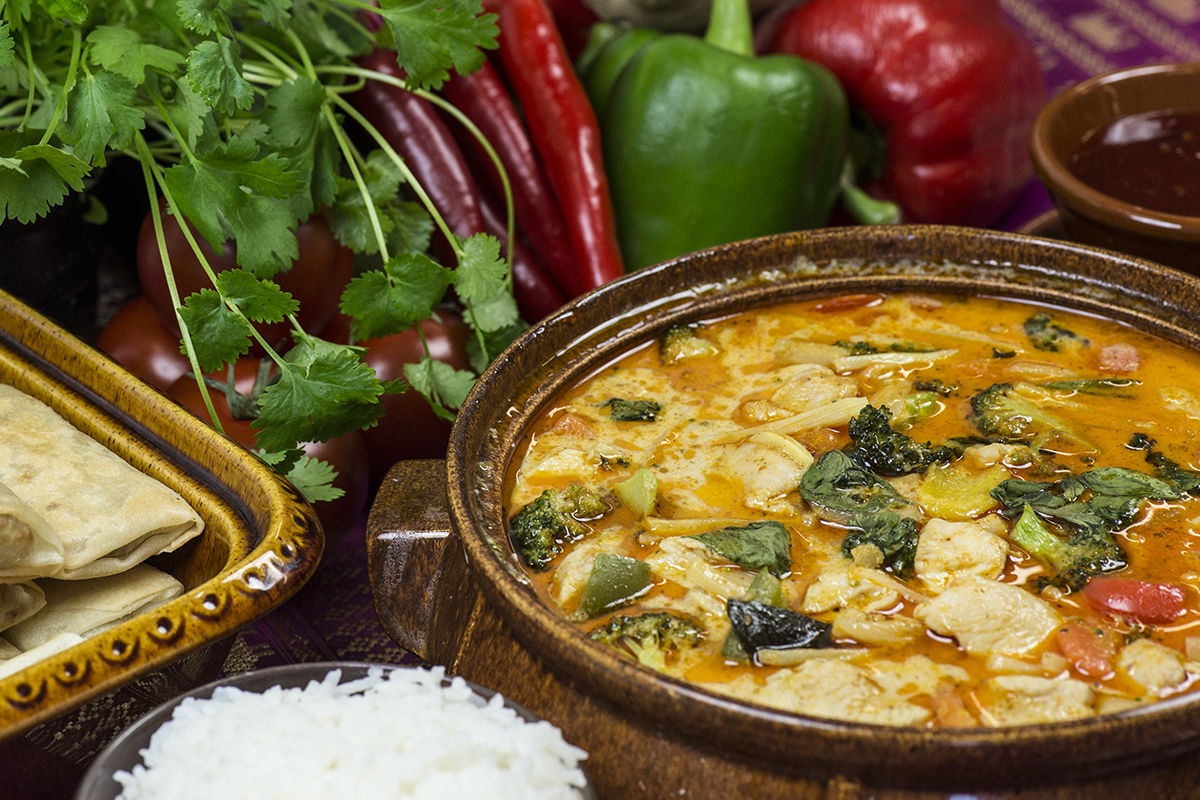 World traveler brings taste of Thai to her Kentucky farm

Louisville native Rae Strobel grew up eating healthy food and by middle school, she was cooking “standard things” like chili.

But it wasn’t until after graduating from the University of Kentucky and moving to Portland, Oregon, that she became interested in what she was eating. “That’s where my local food consciousness really took off,” she says. She wanted to grow her own food.

But she also wanted to travel the world. And she did, hitting Hawaii, Australia, India, Greece, Turkey, and Thailand, where she stayed with a friend for a month. “I remember going out to her garden and picking lemongrass and galangal,” Rae recalls, to season the Thai curry they would cook.

Returning to Kentucky in 2007, Rae worked a day job in Louisville but helped a farmer friend, Adam Barr, sell vegetables he was growing on part of his 270-acre family farm in Rhodelia, near Brandenburg (www.barrfarmsky.com).

Soon they married and now have a son, raising him on the farm served by Meade County Rural Electric Co-op, where they grow vegetables, along with laying hens, meat chickens, pork, and beef. Rae is a farmer now, but her travels inform her cooking, particularly a Thai coconut curry that she uses to prepare any of the 40 different vegetables they raise.