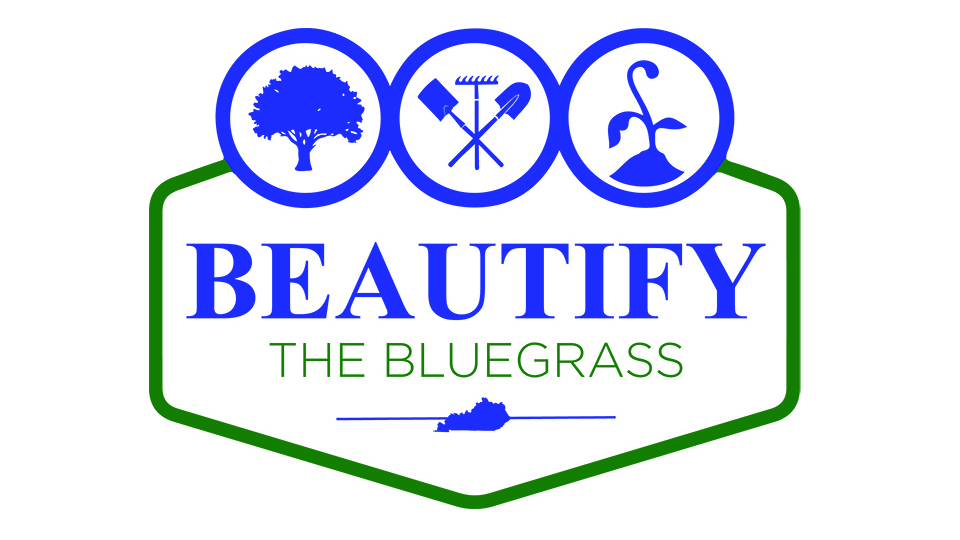 Voting is open through August 5th at 5pm (EST) for the 2020 Beautify the Bluegrass.

Beautify the Bluegrass is a partnership between Kentucky’s electric cooperatives and the Kentucky Governor’s office to recognize Kentuckians whose beautification efforts help make their communities shine.

Because of pandemic concerns in 2020, Kentuckians were encouraged to identify simple projects that could be accomplished while respecting social distancing guidelines.

While Governor Andy Beshear selects the Governor’s Award from among the top five finalists, this public vote on KentuckyLiving.com determines the Commonwealth’s Award. The winners will be announced on August 27th during the Best in Kentucky virtual awards show on KentuckyLiving.com, Facebook and YouTube.

We hope you enjoy reading about this year’s finalists. Don’t forget to vote at the bottom of the page for the project that best exemplifies the spirit of this initiative.

In 2019, the Franklin-Simpson Garden Club created a Veteran Plaza—featuring a Blue Star Marker, nearly four hundred bricks engraved with the names of local veterans, and flower beds—at the base of the flagpole at the US Post Office in Franklin, Kentucky. The Post Office is a vital public building and has many visitors, yet its landscaping had been neglected for some time. The Garden Club chose that site both to improve the town and to honor local veterans.

The Club consulted with a landscape architect then worked with the postmaster to develop a plan and get it approved. That process took about four months. Fundraising began in March, and the Club contacted local veteran groups, created a Facebook Page, and advertised locally to sell bricks engraved with the names of veterans. About $12,000 was raised. Also, dozens of people donated to the Help Fund, which purchases bricks for those veterans or their families who need the financial assistance.

In July 2019, a local landscaping company installed the 165 square-foot brick plaza. During August, twelve Garden Club members created two long garden beds on either side of the plaza, creating a V shape (V for Victory and in honor of the Vietnam War Memorial in Washington DC). A Blue Star Marker from the National Garden Club sits at the apex of the V. To honor the five branches of the armed services, plants with flowers of red, white, blue, or gold were selected. To encourage butterflies and other pollinators, most of the plants are native to Kentucky.

On Veterans Day, November 11, about 150 people came to the Dedication Ceremony, which was a true community event. The local AmVets chapter provided the service flags and the loudspeakers, and their commanding officer led the pledge. Another veteran gave the invocation. The Emergency Services Team handled parking and traffic. The Postmaster welcomed everyone, and the Simpson County Honor Guard performed the opening flag ceremony. A Garden Club member created a floral tribute and placed it in front of the Blue Star marker. The ceremony concluded with the Honor Guard giving a 21-gun volley and playing Taps, and then a Franklin resident led all the attendees in singing “America the Beautiful.”

This spring, the flower beds are bright and blooming, and engraved bricks continue to be added. As people come to buy stamps or pick up their mail, many take a moment to visit the Veteran Plaza and enjoy the flowers and look for names of veterans they know. They often share stories of their service, reminisce about their loved ones, and build connections with each other. The Veteran Plaza is helping our town become a community.

Over the past four months, 18 donors and 13 volunteers have come together to beautify the Doughboy statue and surrounding areas in front of the Casey County Courthouse.

The World War I Memorial is dedicated to the Casey County comrades who entered into service for their country. The doughboy statue is an iconic image of Liberty and Casey County and is at the heart of our downtown area where the Casey County Apple Festival, 4th of July celebration, and numerous community gatherings take place.

The community, in collaboration with the Chamber of Commerce, raised over $1,500 in cash and donated items beginning in December 2019. On March 10, 2020, four granite benches were installed between the diamond planters surrounding the doughboy statue. On May 29th, the Disciple Women of Liberty worked to plant new flowers, spread mulch, and place solar lighting. Most recently, on June 22nd, three Trail Town Volunteers in collaboration with Liberty Tourism spent seven hours scraping and prepping the area for fresh paint. On June 24th, six Trial Town Volunteers and three Casey County 4-H Youth collaborated with Liberty Tourism to split an 11 hour day, both scraping and painting the flower beds and diamonds.

The community has truly come together and shown pride throughout this project. Our next step is a fresh patriotic wreath. Liberty Tourism and our Trail Town Volunteers are also dedicated to keeping this area maintained.

It’s great to be home! After living in Arizona for 30 years, my husband and I returned home to Kentucky and built a house on the family farm. As a part of the move, I became the primary caregiver for my 95-yr. old Mother. My daily walks became a very important of my routine. The project that I am submitting is called ‘Inspiration Woods”.

Inspiration Woods is a project of winding path through the woods on the farm interspersed with favorite quotes tucked into unexpected places, quiet spots to sit and take in the sounds or the view. Over the past couple of months, my family and friends contributed to the creation of the paths that wander through the woods, with one divergent path taking you to a point overlooking Lake Cumberland.

We are located in a rural area and have repurposed some items like a hay rack, rims, and native rock in Inspiration Woods with the hopes of influencing others to reducing unsightly disposal of items and repurpose in order to create a scenic countryside.

Inspiration Woods in an on-going project with larger future connections in mind, adjoining neighbors and possibly a larger trail system. Future plans also include providing access to caregivers for a brief respite from their responsibility of caring for a loved one. We hope that it will be enjoyed by generations of our family, friends and community.

Wyatt, my fifteen-year-old son, is an avid outdoorsman (currently interning with the Youth Conservation Corps U.S. National Forest Service) and the amount of trash and debris in our waterways and trails bothered both him and me.

Last summer, when we both were receiving canoe safety training to guide canoe trips for teens at Big Creek Missions summer day camps, we learned about canoe cleanups.  We thought this would be a great idea for our riverside community. We couldn’t let the idea go, so we began researching and found a national organization called American Rivers that helped organize canoe cleanups. We planned a community canoe/kayak cleanup to help clean up our local waterways and had much community support. We were planning a big celebration with food and music. However, when Covid-19 hit we had to put our plans on hold because of social distancing and the virus.  We didn’t think it was appropriate to advertise our event when people were getting sick, and we didn’t think anyone would be excited about touching another people’s garbage during the pandemic!

Only a week or so before our event was originally scheduled (June 13), restrictions started to loosen up. We didn’t want to give up on the idea of the cleanup this summer, so we last minute reorganized it social-distance style.  We believed in our project and that people in our community would come together to make a positive change. We went ahead knowing that we might end up being the only people out picking up garbage and registered for our event!  We suggested people go out on their own time schedule over the weekend on their own piece of the Middle Fork or waterways and ditches near their homes leading into the river, register in advance or online, and pick up bags and gloves from my porch or at our local farmers market scheduled that weekend.  We didn’t have much time to get the word out now, so we put an article in our local newspaper and on social media.  We gave out free trash bags and gloves provided by American Rivers and Hydens Citizens Bank, and we arranged free tire removal for the weekend through the Bridgestone American Program.

The end result was that for our very first community canoe cleanup during a global pandemic thirty-five people in our community registered and participated.  We removed almost sixty tires and approximately 1500 pounds of garbage (people committed to filling forty-seven twenty-five-pound bags of garbage, and we almost filled a 2,000-pound dumpster, plus sheet metal, and even a guard rail!)  We plan to continue to grow this event annually and hope it will help people change hearts and habits in our community. We can make a difference and we can’t let what we can’t do stop us from doing what we can!  My grandfather and father always taught me to leave a place better than I found it.  That’s good advice I try to apply to every area of my life and a legacy I hope to leave with my kids and community.

George Rogers Clark Park sits at the confluence of the Ohio and Licking Rivers in Covington, Kentucky. The site was the original Covington, Kentucky homestead of Thomas Kennedy, and early property owner and developer of Covington. The park is surrounded by historical homes and draw visitors from through the region. The city of Covington does a great job with basic maintenance, but its resources are stretched thin. So, members of the community and the Historic Licking Riverside Civic Association have always worked to keep the park welcoming and beautiful. Neighbors take responsibility for certain flower beds and chores. This year, we raised significant dollars to add a watering system and professionally edge and mulch. The neighbors will take responsibility to keep it looking beautiful. There are regular litter pick-ups and watering, all financed and performed by the neighbors. And the City Arborist regularly consults us on tree health matters.