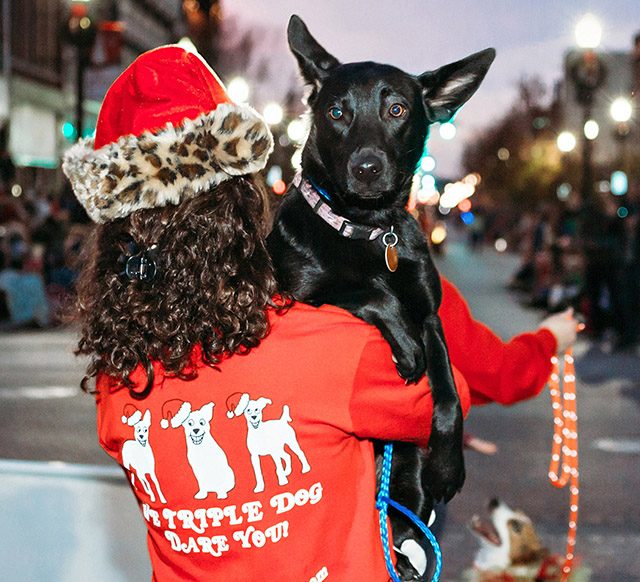 Outside of work, however, Samantha does a 180-degree into the warm and fuzzy as a volunteer for SPARKY, Saving Paws Animal Rescue in Kentucky. Rather than putting animals in a shelter, SPARKY volunteers keep animals in their homes until they are adopted.

Samantha fostered 22 dogs and cats this past year, and approximately that many each of the nine years before.

“Our approach is one-on-one,” she says. “If a kitten is sleeping on your pillow, you know it so much better than if you are taking care of it in a shelter.”

AnnaBell, for example, needed multiple surgeries that her owners could not afford.

“AnnaBell got her surgeries and lived with me several years,” Samantha recalls. “By then, I knew her and was able to make sure she got a great home.”

Not everything in life will be handed to you.

There is something bigger than football or school.

Along with how to play football, those are some of the life lessons Coach Chris Childress tries to teach members of his youth football team composed of kids ages 11-12.

“I grew up playing football,” Chris says. “I knew it would be a way to help them learn teamwork, sportsmanship, the value of hard work and about life in general. I try to teach them how to react when they are successful and when they fail. Sometimes we fall short of a goal and we often make mistakes, so we have to learn to never give up. Similar to life, football is something you have to work hard at to have any success.”

Chris is also pastor of Mt. Moriah Cumberland Presbyterian Church, so he makes sure his boys also learn there is something bigger than any sport.