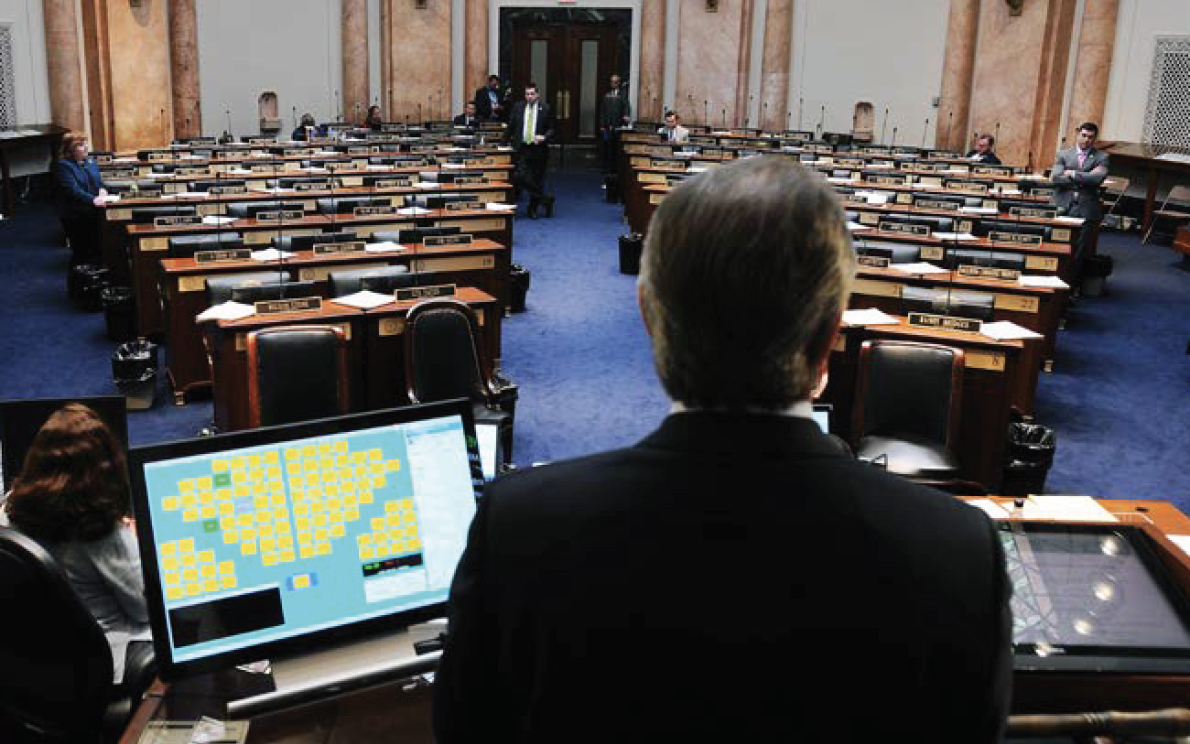 Adhering to pandemic protocols, Kentucky legislators continue to meet during the General Assembly’s Interim period through December. This follows a Regular Session abbreviated by COVID-19 in which lawmakers went from considering drafts of a two-year state budget to instead passing an austere one-year spending plan.

Advocating for local co-op consumer-members, Kentucky’s electric cooperatives supported the passage of a bill that sets the stage for a broadband deployment fund to help construct infrastructure to provide broadband service to underserved and unserved areas of the commonwealth. Co-ops also watched the session closely and with concern about the potential addition of a sales tax on residential electric bills.

“Thanks to thousands of local co-op members who signed up for grassroots action on RuralPowerKY. com, legislators understood that removing the sales tax exemption on home power bills was a major concern,” says Chase Crigler, community and government affairs director at Kentucky Electric Cooperatives. “Your voices were heard. No bill was filed to advance that plan.”

In appreciation of legislators’ restraint on the sales tax issue, we’ve recognized them on the 2020 Kentucky General Assembly Honor Roll (see opposite page) for their support of co-op priorities.

As Kentucky co-ops grapple with the economic fallout of the pandemic, they have had some influential support in Washington, D.C. Both Senate Majority Leader Mitch McConnell and U.S. Rep. Andy Barr met virtually with Kentucky co-op leaders, listening to the needs and concerns—“on the ground”—back home in Kentucky, and directing their respective staffs to stay in regular contact with co-ops.

“These open lines of communication have helped them not only craft meaningful relief legislation,” says Chris Perry, president and CEO of Kentucky Electric Cooperatives, “but also advocate to make sure federal agencies are responsive to co-op needs.”

Perry says that as future recovery efforts take shape, co-ops look forward to continuing to work with elected officials on proposals that ensure electric co-ops have the flexibility and financial relief they need to deliver affordable, reliable electricity.