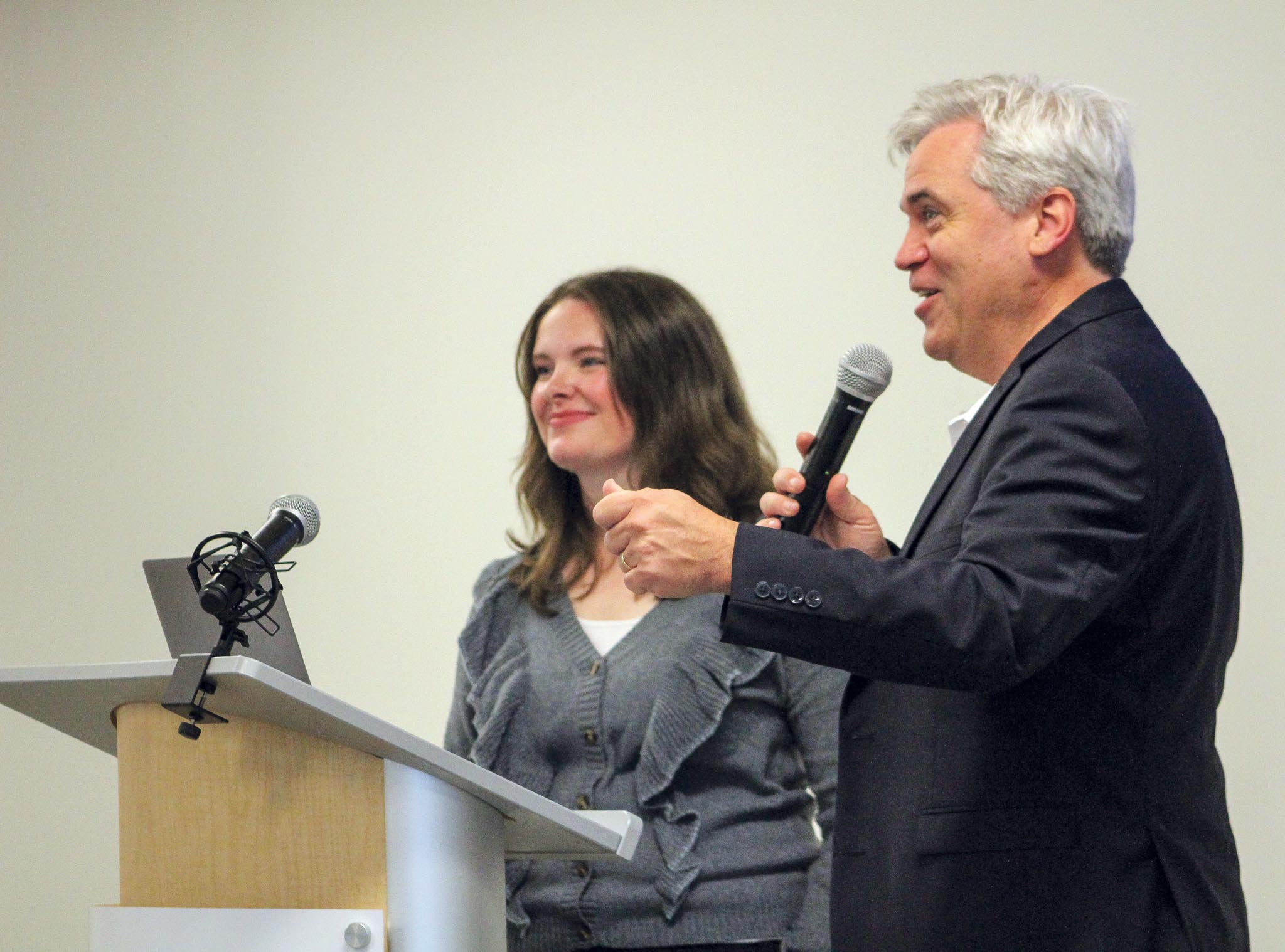 THE ENERGY INDUSTRY PROMOTES an all-of-the-above strategy so that not just one fuel source provides power. It’s the same thing for communications, says Kentucky Electric Cooperatives’ Joe Arnold, recipient of the 2021 LaBerge Award for Excellence in Strategic Communication presented by the National Rural Electric Cooperative Association.

“Kentucky Living is an amazing magazine which effectively reaches the entire commonwealth. But you can’t stop there. Social media, website traffic, video production, email and grassroots campaigns … You need all of those things combined to effectively and meaningfully reach co-op consumer-members,” says Arnold, the statewide association’s vice president of strategic communications.

“This is why Kentucky Living is such a critical component for co-ops. Local co-op consumer- members are bombarded with conflicting messages from social media, mainstream media and others who often do not have the best interests of co-op members at heart,” Arnold says. “We have a serious responsibility to provide reliable and timely information.”

The LaBerge Award recognizes a co-op communicator for demonstrated excellence, influence and impact in co-op communications, both as a practitioner and contributor across the network. It was established in 2018 in memory of Justin LaBerge, senior leadership communications manager for NRECA.

Arnold, a veteran journalist at several Louisville media outlets for more than 25 years, was hired by Kentucky Electric Cooperatives in 2015 with the charge to bring a strategic approach to communications.

The award “affirms what we’re doing as a team more than as a recognition of me personally,” says Arnold, “I am absolutely most proud of the service mentality of our team, the fact that we are responsive to co-op needs. And we try to emulate the way local co-ops are responsive to their members’ needs.”

LaBerge Award judges noted Arnold’s skill as a broadcast journalist and attention to detail helped raise the profile of Kentucky co-ops as “thought leaders and a valued source of information to their members.”

Three state representatives and a member of senate leadership who shepherded transformative broadband legislation through the Kentucky General Assembly are the recipients of the inaugural Kentucky Electric Cooperatives Power Partner Award.

“Your role as leaders in this state is imperative to the continued success of co-ops and our members,” Perry says. “This past session, each of you showed your leadership and understanding of our issues in your sponsorship and advocacy for House Bill 320.”

In addition, Perry presented the award to Senate President Pro Tempore David Givens for championing the legislation in the Senate.

“We know the value of broadband across the commonwealth, especially in the rural communities” where it can boost property values and access to education, Givens says.

The law will help bring rural Kentucky into the 21st century by boosting broadband expansion in every corner of the commonwealth, Perry explains, adding the legislation pioneered by the Power Partner Award recipients recognizes the important role electric cooperatives play in Kentucky.

“From the very beginning, co-ops have understood the need for strong relationships with our elected leaders,” Perry says. “It is our duty to provide candid and reliable information to these power partners so they can effectively represent their constituents and do what’s best for Kentucky. This award reflects that it is crucial for co-ops to have reliable partners in the General Assembly who share this dedication.”