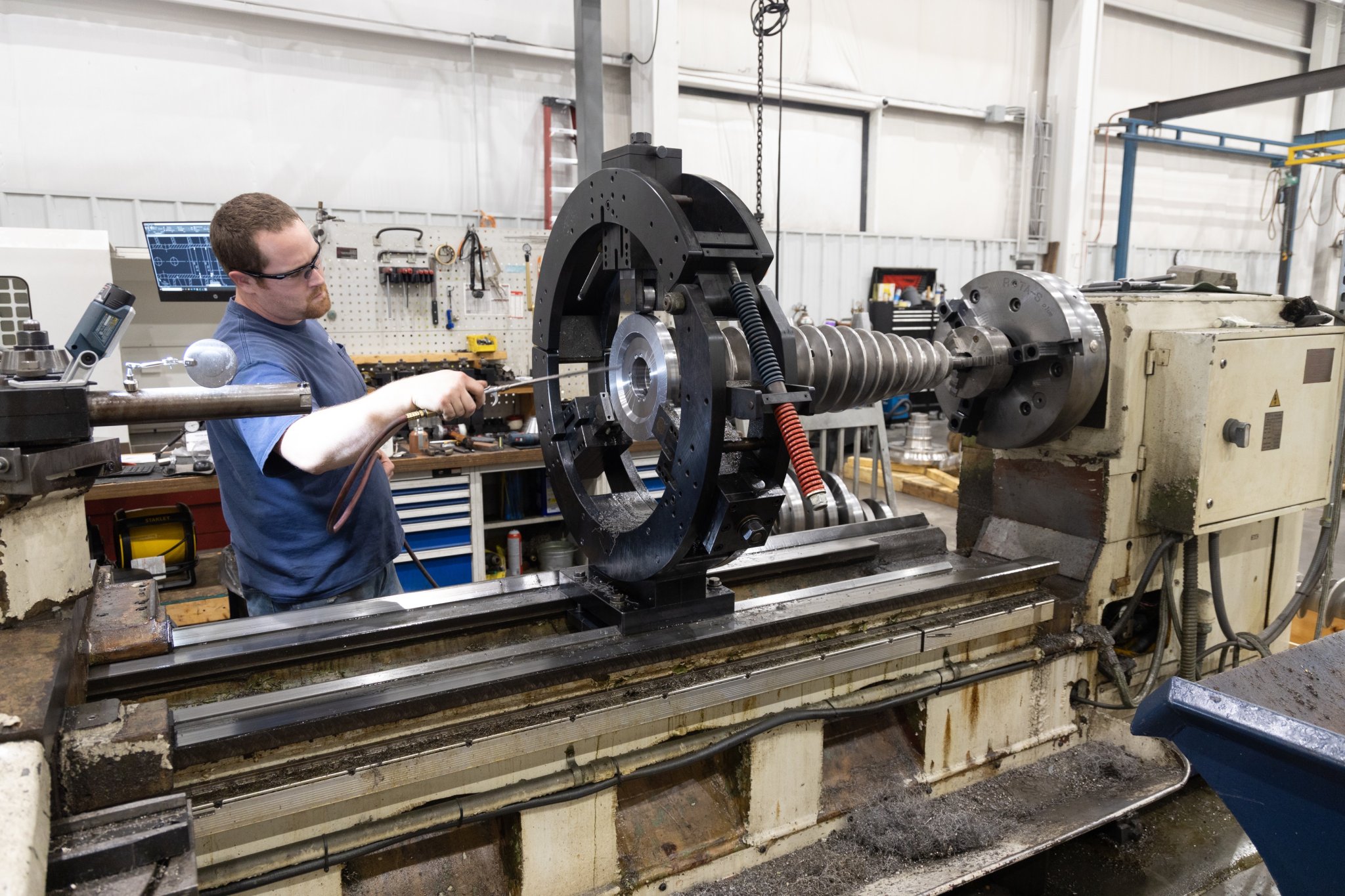 Tyler Wilkinson performs repair machining on a scroll body. He is a welder, machinist and fabricator at the Flottweg facility in Independence. Photo: Wade Harris

IN THE 1920S, the Flottweg brand was affixed to motorized bicycles manufactured in Germany. “Flott” means “quick” and “weg” means “on the go.”

One hundred years later, Flottweg is still spinning, now an industry leader with the centrifuges it began manufacturing in the 1950s.

“Manufacturing is done in Germany, but here in the U.S., we support it both in terms of building up the equipment for supply to our customers, as well as support and service,” says Robert Rhea, Flottweg U.S. general manager.

Rhea leads about 90 employees on the Flottweg campus in Independence, served by Owen Electric Cooperative.

“We’ve been very lucky to have the support of Owen Electric,” Rhea says.

The high electricity demand of machines that run at high speeds requires an electric utility capable of handling it.

“Having that capacity there is what’s important,” Rhea says. “So, it is critical that we have it available to us when we need it and we’re not down, because then our customers are down.”

Flottweg prides itself on precision engineering customized for its wide variety of customers in practically all industrial sectors.

“Pretty much anywhere that uses water is going to need some treatment to separate the solids from the liquid downstream,” Rhea explains.

In Lawrenceburg, Four Roses Distillery uses a Flottweg system to boost volume, decrease waste and improve efficiency. The centrifuge enables the distillery to continuously process stillage, rather than periodically shutting down stills when tanks reach capacity.

Cities across America, including Lexington, use Flottweg centrifuges to separate wastewater solids from liquid.

“We are thankful to have Flottweg as a member,” says Christina Perkins, Owen Electric’s manager of business and government relations. “They have proven their commitment to their community and economy by offering competitive pay, recruiting local talent and utilizing local vendors while providing a unique service to a very diverse network of customers.”