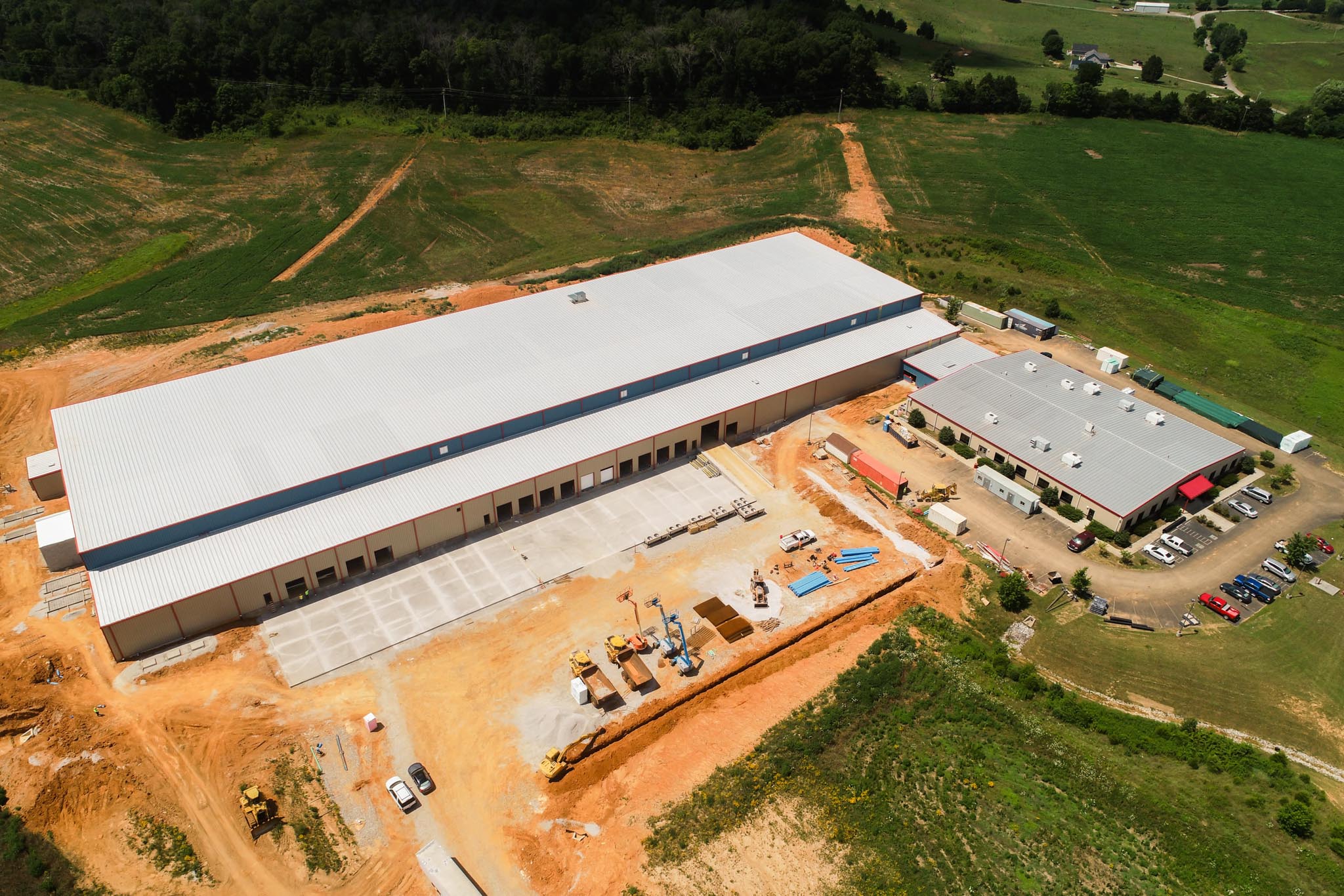 Nearly 60 years after the late Bill Ray launched a small jukebox and pinball machine company, Team Modern is now one of the largest independent, family-owned wholesale product distributors in Kentucky.

Jerry, Mickey and Michael Ray represent the second and third generations of the Ray family, guiding Team Modern’s multimillion-dollar expansion at the Valley Oak Technology Complex northeast of Somerset. The distribution center will increase freezer/cooler capacity for its growing food service business and will enable product movement and sorting to be automated.

“We are happy to be able to invest in our hometown. Somerset has been home to the Ray family and the Team Modern family for over half a century,” says Michael Ray, the company’s chief financial officer. “The support and guidance we received through this process—from SPEDA (Somerset-Pulaski Economic Development Authority), local government, our friends at South Kentucky RECC and many others—were crucial to this project getting off the ground. We can’t imagine growing our families and our business anywhere else.”

“South Kentucky RECC is proud to serve Team Modern and we are grateful that the Ray family shares our commitment to community,” says co-op President and CEO Ken Simmons. “Their success demonstrates how businesses successfully partner with the co-op and SPEDA.”

The Team Modern expansion is calling attention to major investments in the Valley Oak area, including road improvements, new entryways and truck overflow lots. Work is also underway on a new, state-of-the-art fiber optic data center in partnership with the The Center for Rural Development.

“Team Modern’s success says a lot about both the company and this community,” says SPEDA President and CEO Chris Girdler. “Economic development is more than recruiting new businesses. It’s taking care of existing businesses, improving the local workforce and creating an environment that is desirable for expansion.”

“We wish dad could have been here for this project,” Team Modern owner Mickey Ray says. Bill Ray died in 2018. “It was years of his work and financial guidance that put us in the position to be able to consider something like this. Dad was the ultimate entrepreneur and loved nothing more than making a deal. This is certainly a big deal for Modern and he would have certainly been up for the challenge.”